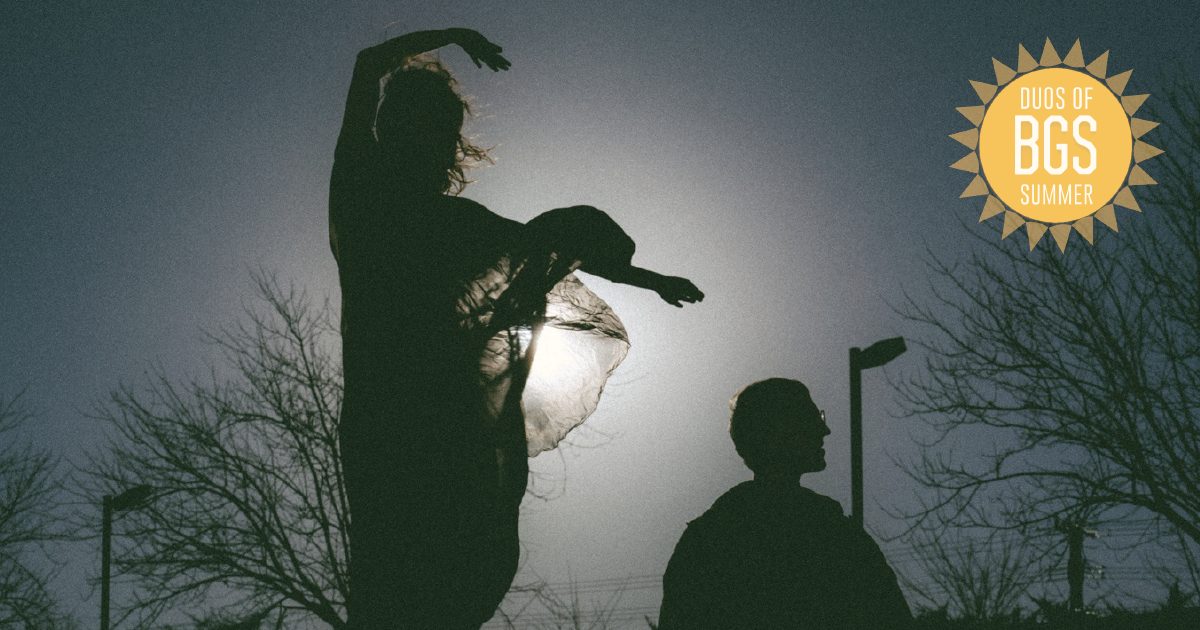 We’ve put together a group of songs that feel related to dusk: the transition moments between day and night. Included in our thinking about dusk are the days in between each season.. winter to spring, spring to summer, summer to fall and fall to winter days. We all need help in our times of transition, as we are being stretched, strained, or pressed between what was and what is to come. The songs that assist us in these travels seem to have an unplaceable quality, both disorienting and comforting like a sweet, warm drink with salt scattered on its surface.

The unique combination of anticipation and farewell allows these songs to occupy paradoxical thematic and sonic space. We need songs like these so we can bring more of ourselves into the present. So, we humbly offer this grouping of songs to accompany you in transitions of all kinds, whether they be literal dusks, the days between seasons, or simply moments where this particular tone may be soothing, cathartic, comforting or augmenting. To paraphrase something we read on The Milk Carton Kids’ Mixtape… “we include our songs aspirationally and for self-promotion here.” — Lowland Hum

We love Aldous Harding’s ability to shapeshift, morph, and play in her music while remaining vulnerable and human. It reminds us that those are all options we can choose as well when creating. Her most recent album, Designer, is delicious.

Bob Dylan – “He Was a Friend of Mine”

This song has always stood out to us as a deeply compassionate and humanizing song that packs so much into its few and deceptively simple words. It reminds me of the wordlessness that comes with deep grief. At the anniversary of George Floyd’s death I think of the great losses our nation has experienced this year and the way all words felt clumsy and insufficiently small in the face of such dumbfounding, dark and evil things.

We’re having a hard time finding what’s not to like about anything and everything coming from Adrianne Lenker (and her band) these days.

This melody is so wistful, dreamlike, sad, and lovely. “When I cannot sing my heart I can only speak my mind, Julia, sleeping sand, silent cloud, touch me so I sing a song of love, Julia.”

Radiohead – “You and Whose Army?”

The beginning of this song makes us feel like we are suspended in shimmering stardust thick enough to hold a person’s weight. The arrangement blooms so patiently until you suddenly tumble down a flight of stairs. That a recording can do that is one of the main reasons we organize our life around music.

I mean, are you not slow dancing by yourself on a terra cotta tile patio, barefoot, with a cocktail in hand when you hear this?

The combination of this picked guitar and gently shuffling percussion sounds like being in the car at dusk with the windows down, scenery flying by.

We’ve listened to this album so much in the past few years, but somehow only really noticed this song and its magnificence in the past week. Now we are obsessed.

To us Nick Drake always sounds like sunlight filtering through the leaves of trees. Although this one carries a bit more urgency and pep than some of his other songs, this one is no exception.

This song comes from an album of Dorothy Parker poems put to music by Myriam Gendron. The whole album is like a friend sitting silently beside you when you’re feeling a lot. You probably need it in your life.

This song comes from an album that has been an immense comfort to us in times of transition. When far from home, while working on building our studio in early morning light, while in labor with our first child… It’s a beautiful treasure of humanity reaching toward divinity.

This album is all solo guitar and voice versions of Tiny Ruins’ full-band album Olympic Girls. Hearing these songs stripped to their skeletons showcases how strong her songwriting and voice are. Though we were fans of the full-band album first, we prefer these versions hands down. We aspire to make songs that can stand on their own naked or dressed up.

This is our cover of Peter Gabriel’s “We Do What We’re Told (Milgram’s 37)” from his album, So. We covered that album in its entirety, calling our version So Low. Our version came out on the 35th anniversary of the original’s release.

This song is a cocktail of equal parts bummed-out and triumphant. How he does it we don’t know, but we love it.

The strings and reeds in this song are like sitting on a fire escape in the warm balmy breeze of a summer evening. Sinatra’s delivery is so subtle and masterful. You can’t go wrong with any song on In the Wee Small Hours.

We have long been fans of Tamara Lindeman. Her songwriting is like a window into the unspoken dialogue of real relationships.

This song is so visual to me (Lauren). It reads in the mind like a bedtime story complete with dark oil pastel illustrations. I dare you to close your eyes and not see it all.

Will Marsh of Gold Connections is a dear friend of ours but we promise we aren’t biased. They just released this single and we can’t get enough of it. This song has it all: city and desert; neon signage and the kind of starry sky that can only be seen when you are far from civilization.

Tragic, startling, beautiful. Daniel always says he believes in this album because it gave him compassion for a mass murderer. That’s some power right there.

What a stunning and mournful number. Who knew a song about baseball could feel so mystical? Hold out for the otherworldly harmonica solo by Jean-Baptiste Frédéric Isidor. This one has comforted us on many a late-night drive.

This whole album is a treasure. This song has such a great momentum while remaining quiet.

This exotica album is a staple in our household during our newborn son’s bathtimes. But we find it perfectly appropriate for listeners of all ages and stages. It is perfectly campy and yet transportive.

We felt that we needed to include at least one original Lowland Hum song, so here’s our duskiest. This song was written while on tour in Europe in 2017. We were playing a house concert in a landscape painter’s home studio and gallery (Andy Waite is the name of the painter and now friend) and the guitar part mysteriously came to Daniel while we were setting up in the space. Something about being in a home so steeped in one person’s creative life and flow was magical. There was a very real substance in the air that mysteriously found its way into Daniel’s fingertips as he was messing around on guitar.