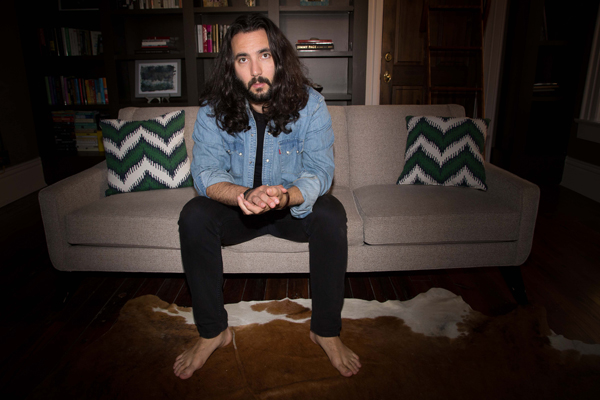 In Their Words: "The 'Bad Intentions' video is a little glimpse inside the beautiful mind of my dear friend Mr. David Strange. He made some videos I really admire for himself, but he's always so busy (He has his own projects, plus he plays guitar for people like Courtney Love!) so I never even thought to ask him to direct a video for me. We shared one of those endless New York drinking nights that started at the Cabin Down Below in the East Village around 9 o'clock; by the time we were sitting at the Washington Square Diner at 4:30 am eating eggs, it had been decided that we'd make a music video together.

The song has a little bit of that New Orleans second line vibe — the march back from the funeral where you're really celebrating someone's life and strangers are jumping in and marching with the hired folks and the family. Dave told me the tune made him think of the Mermaid Parade, where everyone is covered in sparkles and halfway naked. He added a little Andy Kaufman inter-gender wrestling, I tossed in some classic Rocky, and voila! I wish that I could come up with something this cool on my own. Thankfully, I have creative friends." — Ron Pope