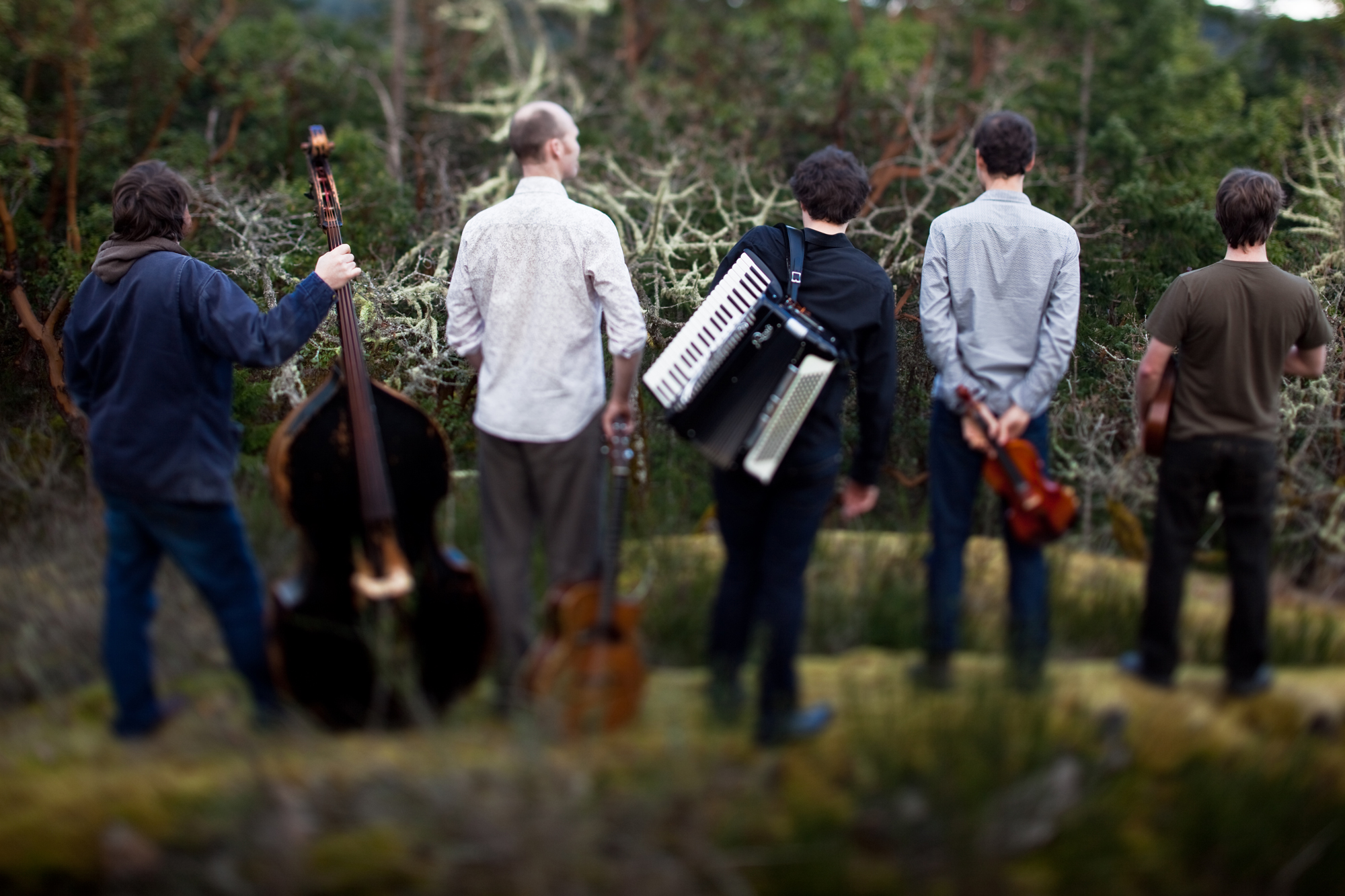 Asking the five of us Bills to agree on which tunes we'd put on a Canadiana folk/roots Mixtape was brilliant fodder for heated tour van debate. We're an opinionated bunch and we think Canada quite simply offers up enough amazing material to fill 15-20 Mixtapes, so this was a tall order that we dove into with happy enthusiasm. The Bills have always been inspired by a broad range of international musical flavours, but we're fundamentally grounded in our homeland's deep and diverse folk/roots traditions and modern talents. You'll hear nods to all kinds of these different influences on our latest disc, Trail of Tales.

We narrowed down our Mixtape picks, but it wasn't easy! Here are some Canadian favourites for your listening pleasure:

David Francey — "Red Winged Blackbird"
We met David for the first time at the Jasper Folk Festival in 2001. We'd never heard of him, and he'd never heard of us. We were both new on the folk scene, having come from somewhat different directions, but there was an immediate kinship. Somehow his first album, Torn Screen Door, became a part of our sonic fibre. He is as good a person, and as good a folk music craftsperson, as they come.

Jim Bryson — "Oregon" (with Oh Susanna)
Jim is one of Canada's secret weapons. He wrote, produced, and performed on this lovely song with the incomparable Oh Susanna for her album Namedropper. You'll be so into Jim (and Suzie!) after you hear this.

Ed McCurdy — "Last Night I Had the Strangest Dream"
Try not to be deeply moved by this classic of classics. (Okay, okay, Ed was born in Pennsylvania, but he married a Canadian and ended up a CBC broadcaster in Vancouver!) As best we know, he wrote "Strangest Dream" in 1950. Everyone has covered it, and it has the best qualities a folk song can have: simple, beautiful, poignant, profound. As important now as it was nearly 70 years ago.

Bim (Roy Forbes) — "Tender Lullaby"
I (Chris Frye of the Bills) grew up with Bim as a part of my family circle. These early Bim songs were the soundtrack of my childhood. Someday I hope to record an album of these beautiful, rocking, truly northern Canadian classics.

Sam Roberts — "Canadian Dream"
Following in a long tradition of incredible writer/rockers from the Great White North, Sam and his band from Montreal are simply irresistible. This tune has so many great lines that maybe only a Canadian can truly relate to: "Everything moves real slow when it's 40 below."

Wilf Carter — "My Old Canadian Home"
Wilf. He did it all. He was the cowboy hero everywhere. A yodeler extraordinaire and even a double agent — they called him "Montana Slim" Stateside! In this, one of his scratchy vinyl classics, he gets about as patriotic Canadian as you'll ever hear any of us get.

Joni Mitchell — "A Case of You"
She stands alone at the top of the mountain. Glorious, untouchable Joni. "…and still be on my feet" … we all still bow and weep in awe.

Steve Dawson — "Tractor Part" (with Zubot and Dawson)
Steve is a purist and an adventurer at the same time. The Bills like to think of ourselves as having that same spirit — rooted in the traditions, but always seeking to bust down barriers and make whatever music we want to explore. Steve has always done that, and this tune is one that helped make his name.

Oliver Schroer — "Horseshoes and Rainbows" from the album Jigzup (1993)
An extremely influential tune from a truly innovative Canadian fiddler. You'll hear young folks from coast to coast jamming on this melody, and the recorded version exemplifies Oliver's ability to create layered soundscapes outside the normal bounds. ᐧ