Possessed by Paul James: The Texas Schoolteacher Who Goes Wandering 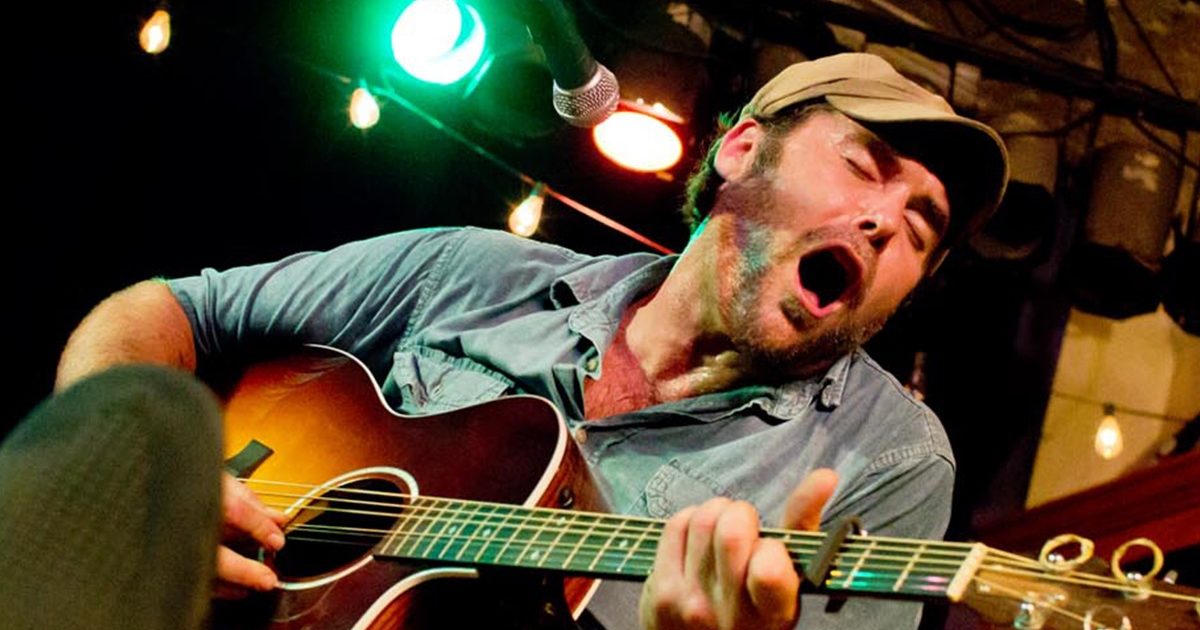 Long before Konrad Wert took the stage name Possessed by Paul James, he was a kid living in what sounds like a fable. Wert grew up amidst the marshes and palmettos of Immokalee, Florida, watchful of “gators” but delighting in a monkey that swung from a mangrove tree near his home. Alongside his sister and the children of Mexican and Haitian immigrants, he attended the small Mennonite chapel his parents founded, worshipping and harmonizing on sturdy, simple hymns at least three times a week.

As a young adult Wert left Southwest Florida and his conservative, religious past. Free to listen to whatever he pleased, he was drawn to punk and the blues. But he set his love of music aside to pursue a teaching career. And for the last 20 years he has devoted his life to teaching special education and advocating for students and teachers.

Several years ago, with two young kids and a meager teaching salary, music became a way of supplementing his teaching income. His energetic, multi-instrumental shows quickly gained popularity and soon Possessed by Paul James (a nod to Wert’s father and grandfather) was born.

It’s been six years since Wert’s last album, There Will Be Nights When I’m Lonely. In that time, he has undergone two vocal surgeries, losing “two whole steps or three half-steps in terms of range,” he says. His latest album, As We Go Wandering, took nearly five years to complete. He would hum his compositions in school hallways, scribble lyrics on scratch paper or napkins and travel two hours northeast from his home in Kerrville, Texas, to Austin to record.

Finding common ground between the instrumental traditions of old-time music and a contemporary call to social action, As We Go Wandering is the collective work of 20 musicians. While Wert stayed consistent on banjo, fiddle, guitar and clogging, he wanted his friends and “picking pals” to add texture and feel on the record by contributing harmonies, mandolin, percussion and guitar.

He explains, “The greatest contribution to the participating musicians were the harmonies and choral effect such as in ‘Be at Rest,’ ‘As We Go Wandering,’ and ‘I’m So Good at Absolutely Nothing.’ … Their contributions added to the texture and feel tremendously. At the end of the day we’re all Possessed by Paul James. I like it like that. It’s not about the ‘me,’ it’s all about the ‘we.'”

BGS: Can you talk a little about the making of As We Go Wandering?

I notice you say “we” and “our” when talking about the making of your music. Are you talking about your wife? The musicians you play with?

In the song “When It Breaks” you seem to be saying that when we hit our breaking points, we need to keep plugging away. What’s the story behind this song?

When I write, I’ll put songs on the shelf, and I’ll let it collect some dust until it feels ready to record it. We originally recorded this track on the album Feed the Family, and it was [recorded] just with me. It was very raw.

The sentiment when I wrote it then, and how we have reinvented it with this composition, has so much to do with, number one, my work as a schoolteacher. I had to take a year off in 2015 just for my mental health. It was starting to beat me down, that [feeling of] we’re not able to help these young people in the way that we want to help them. For me, some of these songs are reflective of, what am I going to do when I can’t take it anymore? What are teachers going to do when we can’t take it any longer? I get emotional about it.

Your performances always appear so cathartic, like you’re really just letting it all out. It sounds like your lyrics are a way of releasing emotions and inner struggles as well?

Oh, yeah. Maybe to a fault. Being raised a Mennonite, you were raised to recognize your weaknesses and your faults. You know the phrase would always be: Remember you’re broken and then you can have healing. Some people say, “When we come to your shows it feels like church.” Well, it’s meant to have people gather around and have a good time, share our burdens and talk with one another.

Many songs on this album feel nostalgic. Is that a reflection on where you are in life?

Yes. I understand how people sort of lose their footing in their mid-40s. There’s the adventures and excitement of your roaring 20s and then you’re balancing out in your 30s and quote-unquote growing up. Then in your 40s, the waters are calm and you’re thinking: What’s next? Am I just counting the minutes before I croak? I think there’s a lot of pondering, wandering in the album. I know I also wanted to slow things down. My wife is like, “Hey, can you have an album without cussing?” We wanted a more folk-y element, along with that theme of advocacy and hopefulness.

Some artists who have to have a day job to survive might compartmentalize those two things. You blend your job and your art together quite a bit.

Absolutely. I truly feel you can’t do one without the other. When I was [teaching] in elementary school, music was always in my classroom. I teach high school now, but on my wall there’s a picture of me teaching, my second-year teaching, with these little guys in school with a guitar. And there’s a little guy with a tambourine in his hand, a kid with Down syndrome, a sweet kid. So, music has always been in the class.

The song “Be at Rest” has been described as a social justice anthem related to education in this country. Is this a song you could’ve written in any other phase of your life?

No. I think with the rise of school shootings, when those tragedies occur, as a schoolteacher or counselor or any kind of educator, you’re literally walking in the same shoes of those that were injured or killed. It takes such a toll on you. You start thinking, whoa, look at this environment we are working in and this is truly now part of our job. This is truly part of our professional development and training — how to handle if someone comes into the school with a firearm. That’s profound when it’s an educational setting and we’re trying to help people learn and grow. The song was a response that came out in a cathartic manner.

My intent is to remind myself to be at rest. To remind myself that I can persevere. Is it specifically about someone coming into my school with a firearm? Yes and no. There are a lot of conflicts right now in public education that we have to focus our energy on. And I think by singing about that — there are battles in these classrooms, there are battles in these hearts — it might just be a reminder. It’s preachy, possibly. But not too preachy. I feel like if I get too preachy I lose the listener. But you have to live your convictions without losing your audience. That’s the balance.