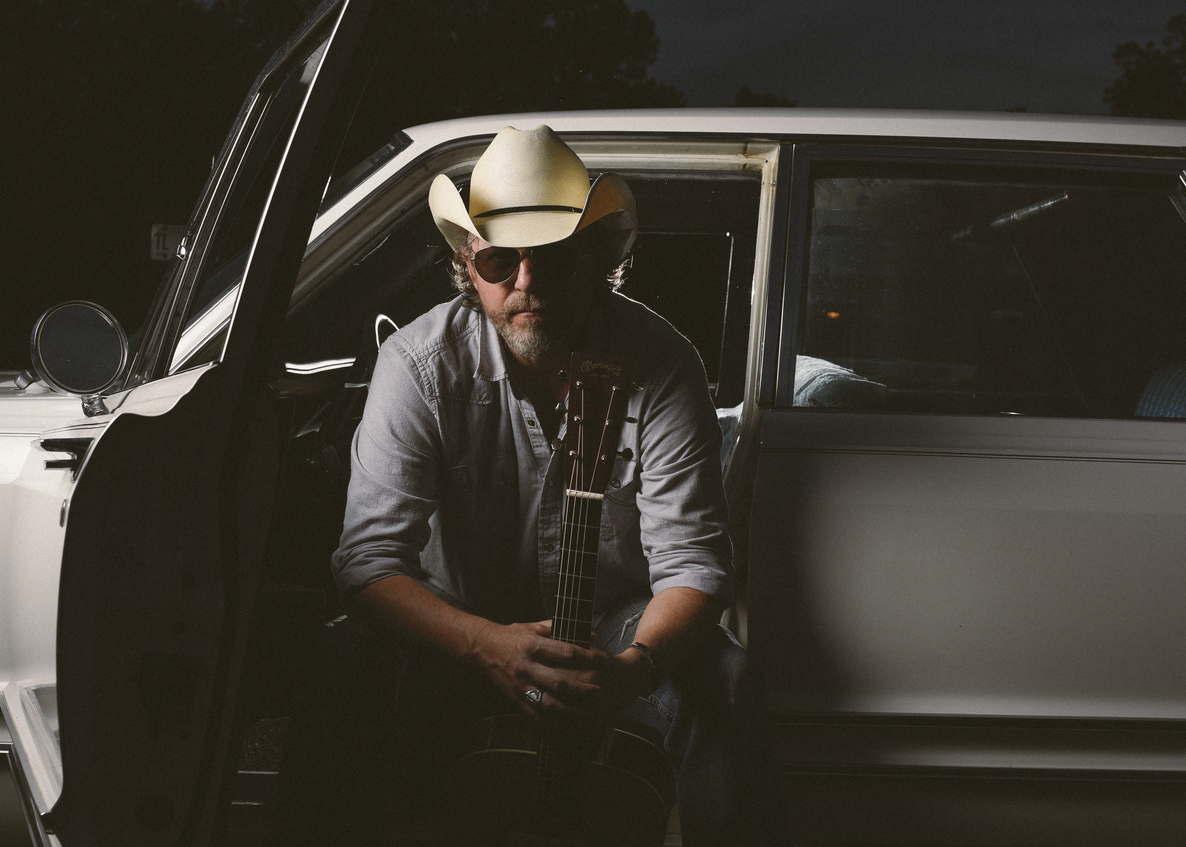 We tend to spend a lot of time in the Southeast and especially around Charleston, South Carolina. There is so much great food to be had there that it is hard to limit our favorites from all over, but there is something to be said about consistency and we hit these spots more yearly than any others it seems, so here goes:

Favorite BBQ: Home Team BBQ — Charleston, SC. Everything is fantastic, but their smoked wings and mac 'n' cheese are the best on the planet! They have three locations now in and around Charleston, and we have played each one of them. On top of great food, they are just awesome places to hang out full of great people. They only book Americana and they certainly know how to take care of the bands.

Health Food: The Tomato Head — Knoxville, TN. We look forward to playing the WDVX Blue Plate Special so we can go eat here after the gig. I don't now if it is considered "Health Food," but it is about as healthy as any of us eat in one sitting together, so we will give it that. Half the band is vegetarian and they have lots of great veggie options.

Cinnamon Rolls: Lost Dog Café — Folly Beach, SC. Cinnamon rolls are a crutch and, if they are made in-house, then I have to try them anywhere we go. The bar is high on this one for us, as our producer/engineer Ben Price's mother makes them from scratch and those just can't be beat, but if anyone comes close, it is most definitely the Lost Dog Café. They are huge and amazing. They are actually called "Awesome Cinnamon Rolls" on the menu and the place is awesome, too.

Tacos: Juanita Greenberg's — Mt. Pleasant, SC. We eat tacos everywhere. Something about Juanita Greenberg's tacos, though, seem so fresh. Plus, they are open late, so we can usually grab a few after a gig. I am a sucker for shrimp tacos and fresh salsa.

Low and Stalcup together again at last!

Favorite Pizza: Basically anywhere that has pizza after a gig. If we find a local pizza spot before a gig and we know they will be closed once we are done, then we get a large cheese pizza to eat for later. There is a spot next to Juanita Greenberg's in Mt. Pleasant we try to hit when we can called Andolini's Pizza. Great, laid-back spot with plenty of room for a band to hang out, too.

Favorite Road Snack: Besides boiled peanuts just about anywhere, Holy City Popcorn in Charleston, SC, rocks my world. I can eat bags of their "Pinckney's Pecan" (caramel and pecan) popcorn while driving with coffee. Anytime we play Charleston, we meet up with them and get about a dozen bags and usually three or four of them are gone the first night.

Listening Room: High Cotton Music Hall — Hartwell, GA. This place has been a bluegrass venue for decades, lined with church pews and stadium seats, and it holds about 100 people — all real music lovers. The staff is laid back and friendly, and the people that come to hear you are some of the nicest folks and biggest supporters you will ever meet. We even had a guy bring us an entire Boston Butt he had smoked for us the last time we played there! If you play here, bring lots of merch!

House Concert: Scott Low's Grouse Mountain House — Clayton, GA. Scott and I have become friends through playing gigs together (and he is one hell of a musician). When he is not on the road hustling it like the rest of us, he puts on these house concerts in his living room in the mountains of North Georgia. Grouse Mountain House is a cabin on top of a mountain with spectacular views. Lots of local folks show up on a Sunday night for a potluck-style dinner and several great local and traveling acts. It is one of the most peaceful and pleasant gigs, packed with the most attentive audience sitting inches from you. No P.A. — just you and your instrument belting out your tunes. (Note: This also contends for best backstage hang.)

Music Festival: Wildwood Revival — Athens, GA. Just on the outskirts of Athens, on a 30-acre farm, with "the soul of a juke joint, the wild spirit of a honky tonk, and the camaraderie of a supper club." We haven't played it yet (wink wink) but it is our kind of place — laid back and chock full of amazingly talented musicians and artists. Definitely one of the most intimate festival experiences I have ever attended.

Airport: Savannah, GA. The easiest and cleanest, by far. Get in and out with no wait, usually, and so easy to navigate. Quick flights to and from Atlanta make it easy for us to get down to Richmond Hill to write songs like "Ogeechee River."

Driving Album(s): There is no way to pick just one or a few, but here are a couple that I lean on heavily. Hiss Golden Messenger, Poor Moon: This album was on repeat as I drove solo across the West for days. I could actually just listen to the song "Blue Country Mystic" forever. It is the most amazing piece of music I have encountered in a long time. Lucero just slays me. I got to open for them once, and that's another story, but they are as real and raw as it gets for me. And we also listen to any and everything our buddies are doing. We have some amazingly talented buddies making some of the best music right now. Check it out on the playlist.

Radio Station(s): WNCW out of the North Carolina when we can get it. This is where I first heard Ryan Adams on a radio station, long ago. Driving to Charlotte in the middle of the night, "Oh My Sweet Carolina" came on, and I knew if they were playing him that I had to find out who else they played. My band and I, at the time, would scour WNCW for new music and find tons of great stuff we had never heard of. I am also loving this brand new all-Americana format station in Murfreesboro, TN — 89.5 WMOT. We did an interview in-studio last week at a station next door to them at MTSU with Justin Reed and, after our 7:30 am sleepy performance and awkward pre-coffee banter — sorry Justin — I walked over and, lo and behold, there was John Walker at the helm. It blew my mind, and I didn't know what to say, so I gave him a copy of Downhearted Fools and tried to play it cool. I don't do that very well, so I'm sure it was nowhere near as smooth as I was hoping for.

Highway Stretch: I-16 in Georgia from Macon to Savannah. Desolate as all hell to drive through the night on, but so good to ponder life and wonder why anyone would choose to do this for a living. It is usually my drummer Paul Barrie and me talking about the expanse of the universe and what it all means while we count the deer.

Coffeehouse: It is a tie between Rev Coffee in Smyrna, GA, and Hendershot's Coffee in Athens, GA. They both make great coffee, but the people and the environment at both feel like a living room — so relaxing. Hendershot's has a great stage and the sound is amazing there. Make sure to try their Nitro Coffee.

Backstage Hang: Awendaw Green Barn Jam — Awendaw, SC. If you haven't been to a Barn Jam at Awendaw Green, I suggest you remedy that immediately. This place is some kind of wonderful with brass instruments hanging from old live oaks, lots of great food, and usually about five to seven bands per night. I am pretty sure they do this every Wednesday night, rain or shine. They have had us down a few times, and we always try to fit it into our runs when we are down that way. I have met some of the most interesting people there and some amazing musicians.