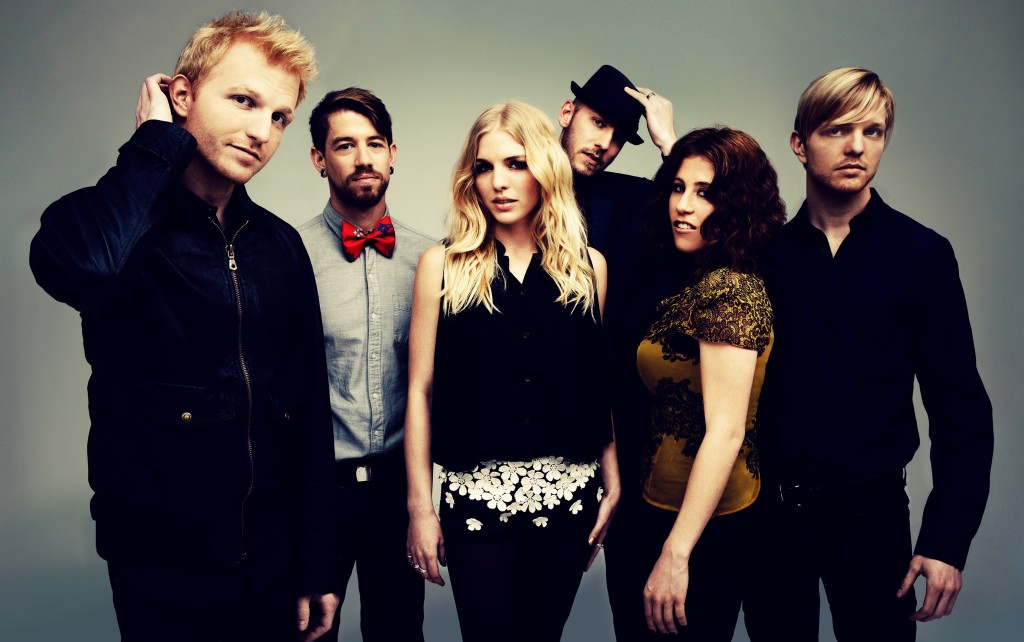 Holy smokes, Situation readers!  We have an exciting show in store for you this Tuesday evening at The Troubadour.  Blues, gospel, Americana – all with a powerful pop vibe hitting hard from North Carolina.  DELTA RAE, one of our new favorite sextets from the southern states, is going to be rockin’ Los Angeles.

Bassist Grant Emerson sits down for a quick talk with the Situation to discuss their debut album Carry The Fire (dropping the same day as the Troubadour show), the live experience, and the wild video that is getting a lot of people talking…

What are your thoughts about playing Los Angeles?

I love playing in Los Angeles.  It is one of my favorite [cities].

The album drops the same day as the show at The Troubadour.  Anything special planned for that night?

We are going to play most of the record.  Who knows…maybe we’ll play the whole thing!  We also have two brand new songs that will probably show their face.  I can’t say for sure- that would ruin the surprise!  But, I can tell you that we will play our asses off like never before!  We are releasing our record at The Troubadour!

Given all the buzz about your energetic live shows, what can a first-timer expect?

A first-timer to a Delta Rae show can expect to hear incredible vocals, harmonies, great songwriting, and trashcan getting beat to smithereens, and bass-bass-bass! My personal hope for a first-timer is that they have a great time and leave the show in a better place than they came.  Before joining the band I went to see them and was overwhelmed in the best way possible.  The singing was like a jet engine of harmonies going off in my face.  It was amazing!

Discuss the dynamic of your ‘family band’?  How is it with three siblings of the Holljes family playing together?

Even though I am not a sibling, I feel like part of the family.  I am sure the other two ‘brown-hairs’ will agree with me.  We all work well together.  Playing with 3-siblings is great.  Collectively they have a relentless drive to make the best most incredible music we can possibly make.  It is motivating as hell!  I hear Eric practicing, and I put my coffee down and go work on a bass part for whatever he is cooking up.  I learned how to play upright and now I bow on several songs.  That is something I didn’t do before joining the band.

How has Durham, NC influenced your sound?  Is there a particular vibe that has resulted in the Delta Rae sound?

The south as a whole has influenced the band.  It is where most of us grew up.  Durham is the place that has allowed the band to grow and find ourselves.  Thankfully Ian has a secluded house in the woods where we can make noise 24/7.  There isn’t one particular vibe to DR’s sound.   We are a very versatile band and can cover a lot of ground.  We can get very big and epic (and shake the foundation of the stage we are playing), then come off stage and play completely acoustic.  Maybe the vibe of DR is that we have a lot of different vibes.  That is what I love about the band.  We are still the same group but can meld to the differing emotions of our songs, whether it’s all six of us or just two.  Maybe the underlying current that connects DR’s vibe is that all six of us are connected creating beautiful moments together (I hope that doesn’t sound to artsy-fartsy).

Can you discuss the concept of the ‘Bottom of The River’ video.  How does the song’s subject matter relate to the video?

The concept for the BOTR video is a witch trial.  Brit is accused of being a witch.  She is bound and marched to the stake by the other 3 singers and a mob.  She looks helpless.  There is foreshadowing in the house- watch closely!  The camera shifts and the viewer sees Mike and I with a small mob of masked people.  Our eyes are black…things are shifting.  The camera pans back to Brit and the mob is now masked and dancing.  She breaks her bindings and the mob rushes past her.  There is a standoff between Brit and the 3 singers, while the mob encircles them.  I don’t want to spoil the ending….you’ll have to watch it and see!

There have been some comparisons to Fleetwood Mac.  Any other bands that have had a major impact on you?

Red Hot Chili Peppers had a huge impact on me, and they still do.  I have seen them twice this year and they kill it!  I love their live energy and I try to bring that to the stage whenever we play.  The Wallflowers ‘Bringing Down The Horse’ was a huge record for me.  I love Greg Richling’s playing and tone.  I learned that record forward and backwards!  Paul Simon’s ‘Graceland’ is a beautiful record.  Bakithi Kumalo’s fretless playing is so cool.  I love how it follows the vocals.

What is musically ahead for Delta Rae this year?

We are playing The Tonight Show with Jay Leno on the 25th.  This is our first late night show.  We are all very excited about playing on his show.  I might have to buy a new bow tie! We are planning on touring the rest of the year, and going to a lot of cities we haven’t played before.

I hope everyone is doing great, and if you have a dream go for it with all your might! You only live once.

Delta Rae performs Tuesday, June 19th at The Troubadour with A Silent Film and Chantal Claret opening.  Their debut album, Carry the Fire, comes out the same day.