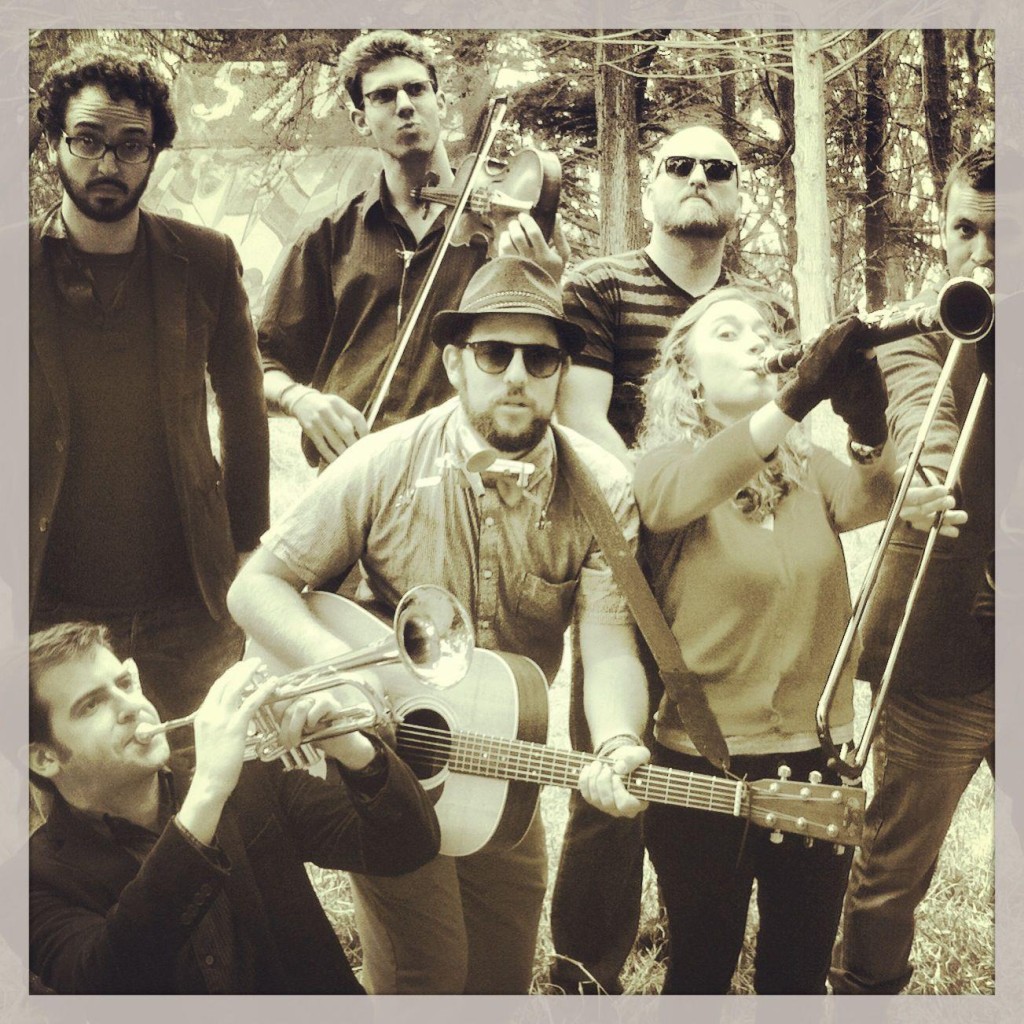 2013 is shaping up to be a big year for THE DUSTBOWL REVIVAL. The Venice-based collective of folk musicians kicked things off in early February playing their unique brand of roots music on the Mountain Song at Sea bluegrass cruise – right alongside superstars like Del McCoury, Punch Brothers and David Grisman. Now on Thursday, April 18, they’re releasing their second LP, Carry Me Home, with a free release party at The Edison in downtown LA that’s sure to stretch into the early hours of the morning.

The group is a constantly evolving community of folk musicians – an ever-growing melting pot of bluegrass, jug-band, gospel, swing, blues and just about anything else. “We have a lot of genres and influences floating around in this band – I think this album tries to embrace all of them and give them a bigger, brasher sound then before,” says Dustbowl frontman Zach Lupetin about Carry Me Home. Over 26 musicians recorded for the new album and the resulting collision of different musicians and influences is part of what makes it so riveting. The tunes on the album span from old-time to jazz, but still feel as if they originate from the same musical voice. Take for example, the spirited, fiddle tune-inspired “Soldier’s Joy” and the horn-infused Motown number “Josephine.” Regardless of genre, the band’s playful and adventurous love of musical exploration shines through.

“I’ll admit it isn’t always easy,” says Lupetin about managing the band’s size and identity. ”It’s a risk to continue this collective experiment in this way, but for me it’s about bringing together all the talents and diversity in L.A.’s roots and jazz communities in one place.”

Lupetin expects that ‘this summer is going to be a bit of a proving ground for (the group)” as they embark on their biggest tour yet. The band will be travelling all over the west coast, playing Colorado, Montana, Oregon and Washington, as well as making their first collective trip to the east coast.  “My hope is that our music and energy can spread out far and wide,’ Lupetin states.  And if tonight’s celebration is any example, there will be plenty of music and energy to take them wherever they want to go.

Learn more about The Dustbowl Revival, their April 18 record release party in LA, and their brand new album Carry Me Home at dustbowlrevival.com/