Southern Culture on the Bid: A Conversation with Blackberry Smoke’s Charlie Starr 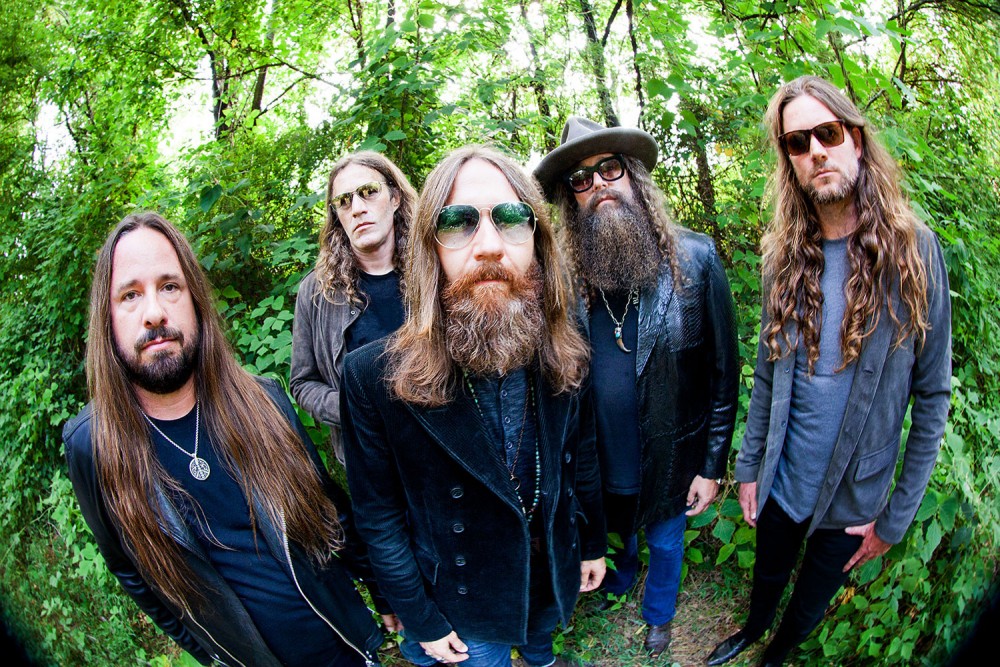 Blackberry Smoke, the Southern rock band based in Atlanta, Georgia, has often said that they grew their following one fan at a time. To see them live, though, you have to figure they’re wrong: They’re making converts of country fans one show at a time, really. The five-piece has toured relentlessly, playing dive bars alongside opening gigs on mammoth tours, and their loud-as-hell live shows are a fitting intro to their more refined studio material, as evidenced on their latest full-length, Like an Arrow. Suffice it to say, frontman Charlie Starr knows a bit about navigating the country music industry without caving to expectations.

You worked with Gregg Allman on the record, and it really calls attention to the legacy of great Southern music coming out of Georgia. What has your home in Atlanta meant for the band and the music that you guys make?

Growing up in the Southeast, we absorbed all of this wonderful Southern culture. It's everywhere — from the food to the way people talk. I love to talk to the older people. My grandmother was a great source of inspiration when she was alive, with the stories and the music, too. She sang and played music. Obviously, we look to all the great bands after that — the Allman Brothers and Lynyrd Skynyrd and Wet Willy and bands like that. They all have ties to Georgia, but then also looking to the Black Crowes and Drivin’ N Cryin’ and the Georgia Satellites. There's all sorts of culture to cull inspiration from.

And Atlanta has remained your home base, even as a lot of the Southeast has hightailed it to Nashville. Has that been a deliberate choice?

It's been very significant. We made one record in Nashville, our second album, and I think that the band just decided we don't want to work that way — the way that a lot of the music industry works in Nashville. There’s nothing wrong with the way people do things there, but we wanted to try and keep everything in-house. We had done that already for the first several years that we were together. I think we were already stubborn, and we wanted to do things our way, and it seems like it was a more comfortable fit to stay in Atlanta.

Years and years ago, when we were teenagers, everybody wanted to move to L.A. That was the thing. "Let's form a rock band and move to Los Angeles." I'm glad we didn't do that either. It feels more like family here.

When you say you like keeping things in-house, what are the specific elements you’re most excited to bring to the record yourself?

I thought, "Well, if my songs aren't good enough, then maybe we're not your band." We handle our own merchandise, as well, and then we have our own touring company. The fewer hands in the pot, the better, when you're trying to make a living and support a family. There are lots of ways to cut a pie up, and the goal is to try and cut it up as few times as possible.

You have some songs on the record that point to hard work. Tell me about “Working for a Working Man.”

That one is a snarling rock 'n' roll song. It deals with something that most people can understand. Most of being middle-class is very frustrating: As the years go by, you work and work and work, and you look around and you don't have anything. You work your whole life for very little return. It's a middle-class love song, basically.

You also have a bit more of a rebellious song on the album with “Waiting for the Thunder.”

That one is probably as close as I'll ever come to writing a protest song. It's really not in protest of anything, but it’s an observation of how scary the world is. It seems like it just gets scarier and scarier as I get older, thinking about my own children and what kind of world they're going to live in. I don't know. It's 50 percent observation and 50 percent warning, I guess. There's a little bit of Biblical reference thrown in there for good measure. Every song needs a little bit of Biblical reference.

I'm joking, but it's a Book of Revelations, impending Armageddon kind of song. We hear so often about horrible things, shootings, and kidnappings. We didn't hear about them as much before because the mainstream media wasn't as intent upon filling all of our lives up with that shit every day. Now it's just rampant. I read a meme the other day that said, “People have been mean, since the beginning of time; it's just easier to read about it now.”

I could definitely see how that relates to the song. Tell me about writing, for that song and others on the record. It seems like you're always changing up. How are you able to keep your identity and still change things up musically? Is there anything you do to challenge yourselves or to try to keep things from getting to be the same old thing?

We do exactly that, I think. When I'm writing songs for an album, I try and write a lot of different types of songs for the band to play, especially thinking about the different aspects of production. Whether it be a really big, nasty rock 'n' roll song or a laid-back acoustic song or a funky song or a very traditional country song, I try and infuse a lot of different elements into the way we play them. We know that we don't want to make the same record over and over and over again. It can be a calculated process.

You said that you haven’t really played the “singles” game, but you’re finding an audience and climbing mainstream country sales charts, all the same. What do you think is unique about the way you interact with your audience?

I think it's just been tenacity on our part and our fans' part. The fan base continues to grow, and they are intent on letting as many people know about it as possible. You can't put a price on that. We owe them so much and they continue to support us, year after year and album after album. We would love to be playing arenas, of course, and if the radio would play our music, that would be great, but we're not willing to go record a cheesy pop song or something that we don't believe in musically to get there. 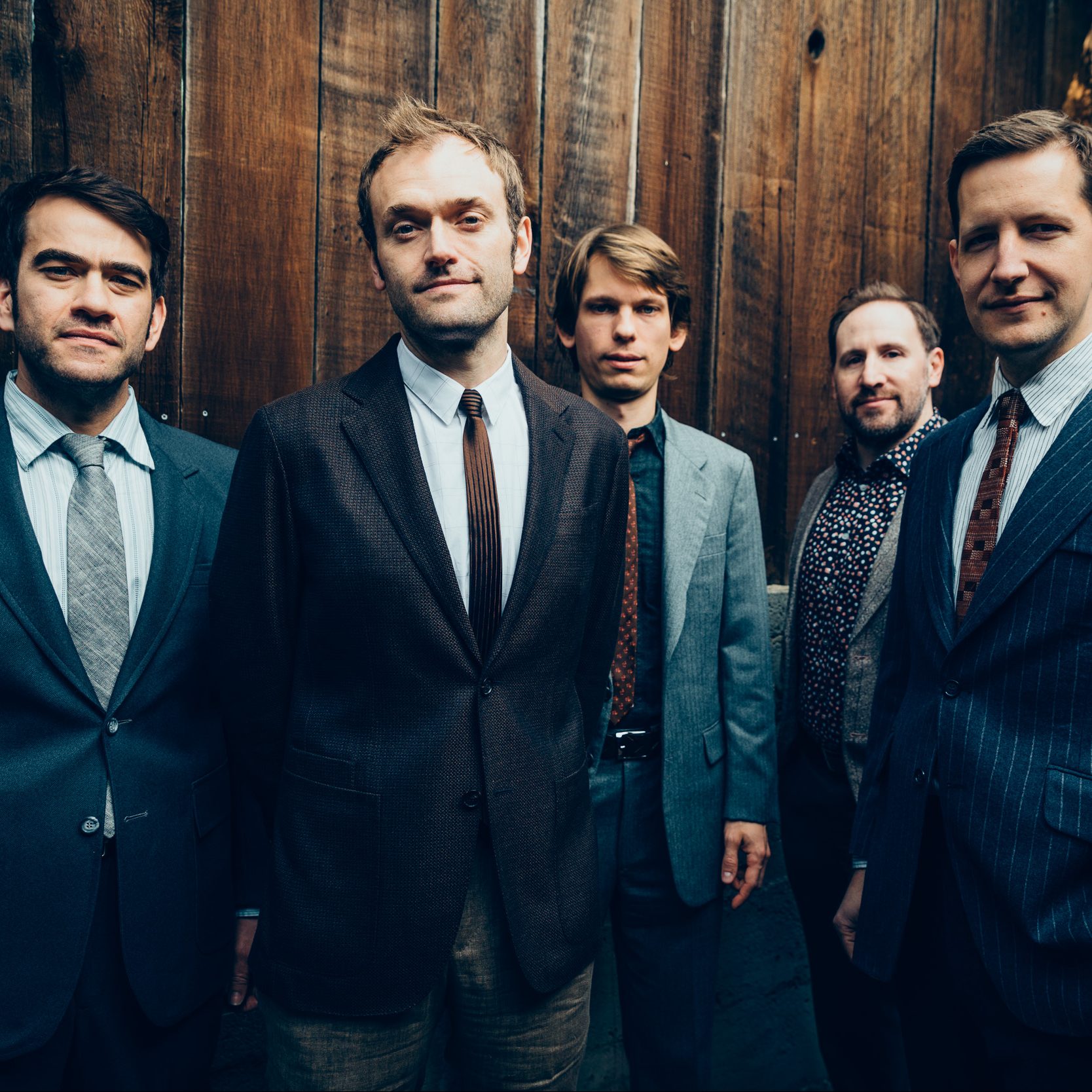