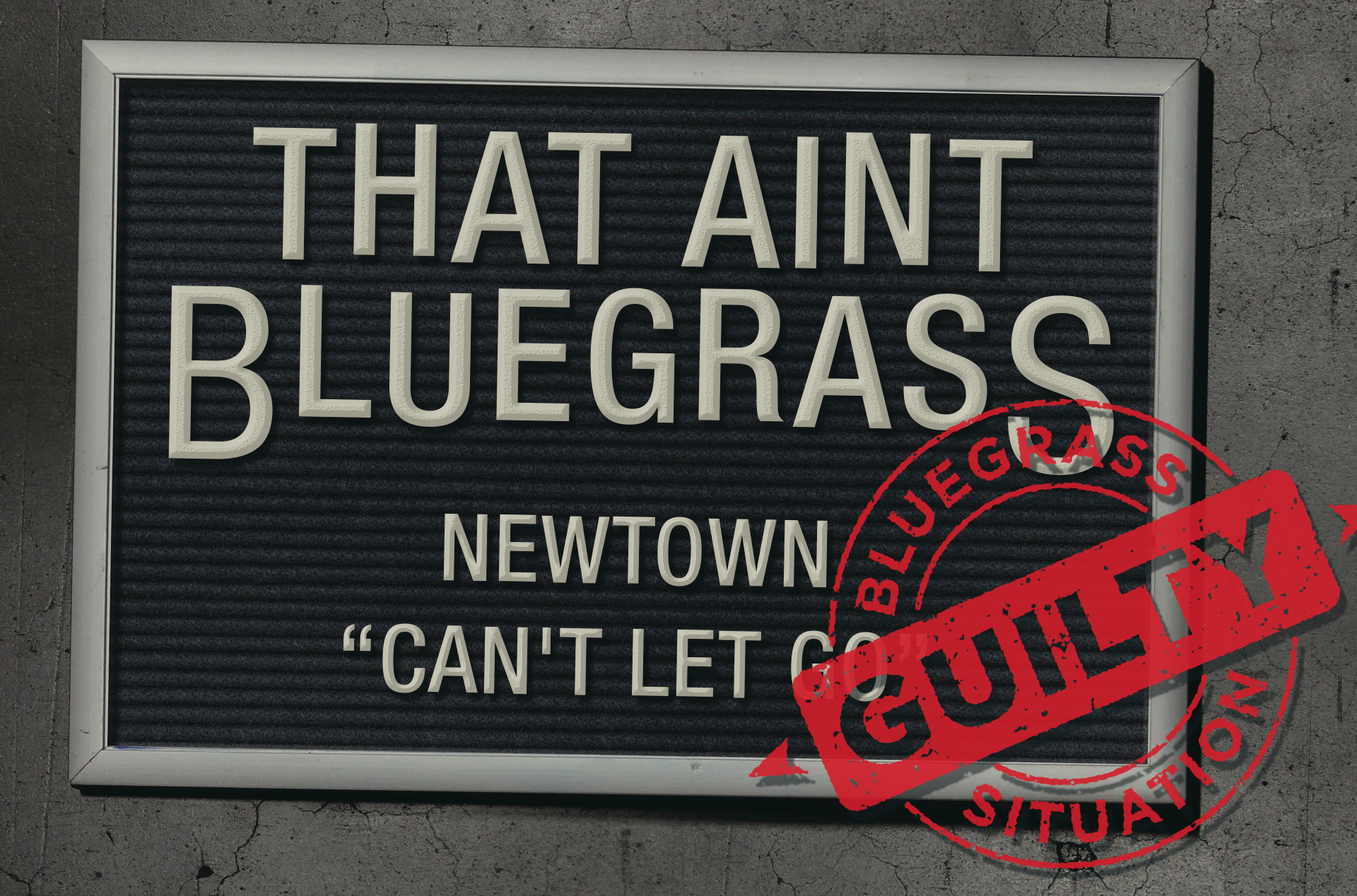 Kati Penn Williams: I was looking for songs for the record and I just randomly went on Apple Music and put in Lucinda Williams, because she’s so awesome. I was trying to go through artists that I hadn’t really delved into in a little while. That song, it’s kind of funny, because I was on the treadmill, or something, and that song was the first one that came on. [Apple Music] is supposed to pick out songs it thinks you will like and I guess it nailed it, because I loved that song as soon as I heard it.

What do you think makes it a good bluegrass song?

I think the feel of it and the timing. And I mean of course, the story, too. You have to have good heartbreak in a bluegrass song. You know, love gone wrong — can’t let go! And just the beat, too. It’s different, it’s not your traditional bluegrass beat. It’s a little bit different in that way. To me, it still fits well in a bluegrass set.

What was your process of arranging it and putting it together?

I usually have an idea about how I hear a song going when I bring something to the rest of the guys, but then, of course, once I play it for them they always have their thoughts, too. We try to settle somewhere in the middle. I want to say on that song Hayes Griffin (guitar) had a pretty big influence on how we ended up doing that. He has a pretty big musical background; he’s very well-versed in all kinds of different music. I say between him and Travis Anderson (bass) — he does a lot of jazz and different kinds of things — they were really helpful on that particular song, as far as putting the beat together.

It’s kind of a tradition in bluegrass to take songs from outside the genre and interpret them through a bluegrass lens. Why do you think that is?

Well, there are only so many bluegrass songs out there. [Laughs] If you just constantly did all of the bluegrass songs, if everyone did that over and over all the time it would get pretty boring. For us, it’s not about necessarily trying to find a song that’s of a different genre and make it bluegrass, we just like songs that we like. It’s not that we necessarily hear a song and think, “How can we make this bluegrass?” We just think, “How would this song be best represented?” I think it can get kind of cheesy if you try to put everything to a bluegrass beat. We don’t try to do that. It doesn’t fit.

What is your favorite thing about performing this song live?

I’ve gotta say the beat again. It’s such a fun beat and it brings a lot of people up. People get out of their seats, they clap, it’s an easy song to clap along and dance along with. It’s not too fast — traditionally, a lot of bluegrass songs are really fast. It’s quicker and upbeat, but it’s not so fast that you can’t move along with it. This song tends to bring a lot more crowd interaction than some other songs do. That makes it enjoyable for me.

But you know that ain’t bluegrass, right?

[Laughs] Yeah. That’s fine! I wouldn’t say our goal when we get up every morning is to be the most bluegrass band that we can be. We just want to be the best band that we can be. No matter what you play or how bluegrass you think you are there are always going to be people out there who say, “That’s not bluegrass.” Even if you aren’t trying to be bluegrass there will be people saying, “Well that’s just bluegrass.” [Laughs] By most standards we’re considered a bluegrass band and like I said, we just want to make the best music we can. Whatever [umbrella] that falls under, that’s where it’s gonna fall.

We focus on the song, the music we enjoy, and music we think other people will enjoy as well. We’re not going to take a song and do it a certain way just to make it more bluegrass. That would be counterproductive, I think. If it happens to have a banjo, that’s good — but you know, there are songs that have banjo that aren’t really bluegrass, so… You can’t win! [Laughs]