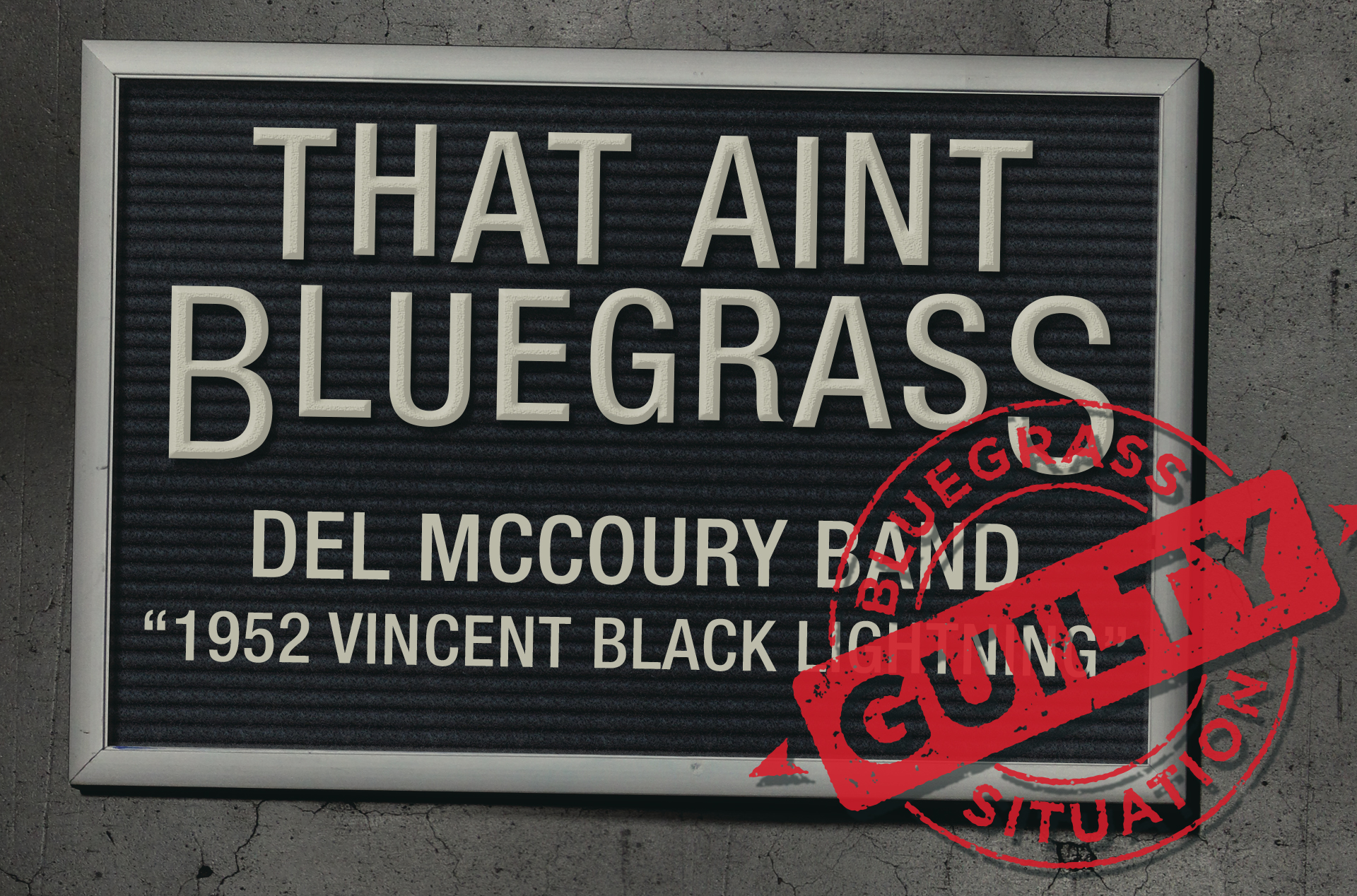 Where did you first hear “1952 Vincent Black Lightning?”

You know, I never heard it before on the radio, but a friend of ours heard this song on the radio in New York City or somewhere. He called Ronnie and said, “You guys ought to think about recording that song.” Like I said, I had never heard it before. Ronnie played it to me and it’s a great story. That’s what attracted me to the song. It was Richard Thompson — the guy from England — he was just playing acoustic guitar on that and he plays with his fingers instead of a pick. He had his own way of doing it, which is unique, too. But really what attracted me to it was the story. I really liked that story and I thought, “Well, you know what? We’ll see what key we can get it in.” I think he did it in Bb, but C kind of suited me better. And I thought, too, it would be good with banjo to tune it down in C and play it. We ran through it, and I didn’t get the melody exactly like he did it, I don’t think, in some spots. Either that or, since I recorded, it I’ve changed it a little. [Laughs] You kinda do that after recording a song: You’ll change little things now and then. But that’s actually the beginning of it right there.

There’s this tradition in bluegrass music of covering songs from outside of bluegrass — it’s kind of been done even since Bill Monroe and Flatt & Scruggs.

Why do you think that bluegrass artists like to cover these kind of pop or folk songs?

I’ll tell you what, with me, there’s something in that song that touches me or attracts me to it. It don’t matter where the song comes from, really. I think that’s what it is with most people that record songs from outside the bluegrass realm, I guess you could say. It’s either the story or a different melody that will hit your ear that you like — it’s really a complicated thing, I think. I know, with me, that’s mainly what it is. I either like the story in the song or the melody that’s a little different somehow.

A lot of people ask me, when I do interviews for people that write magazines or have a radio show or whatever, they’ll say, “When you go to record, what kind of songs are you looking for?” And I say, “Well, I never know what I’m looking for.” [Laughs] ‘Til I hear it, you know? I don’t have a certain thing in mind, when I go to record. People send me songs all the time now and they might send a whole CD of maybe 12, 14 songs. Sometimes you might find one in that bunch. And you never know what’s going to attract you, you know? It’s a funny thing.

What do you think makes this song a good bluegrass song?

That’s true, yeah! [Laughs] It ain’t bluegrass! I tell ya, Justin, I’ve thought about this a lot: All music is related. Somehow there’s a connection in all music. Pop, rock, rock ‘n’ roll, and whatever! In bluegrass, country, or hillbilly, they’re all connected in some way. People think — I used to think myself — for one thing, “Bill Monroe, he come up with this bluegrass music and he didn’t listen to anybody else.” But he listened to a lot of people! He listened to jazz down there in New Orleans and he used to go down there. He’d spend time down there when he was young, because he liked that music. I didn’t find this out, even when I worked for him I did not know that, but I found this out later. For instance, he grew up listening to Jimmie Rodgers. All those yodel things, he got from Jimmie. That was completely different, that was even different than country. I don’t know what you would class that kind of music as. Later in years, once he come to Nashville, he would cover a lot of songs that the country people were doing in those days.

Because if you record that song, you may have to sing that song for 10 years or longer! [Laughs] So you better like what you’re doing! I’ll tell ya, Justin, through the years I have recorded songs that I really didn’t like. The producer would bring them. I needed songs, but usually, when that happens, I don’t sing them in public. [Laughs] I found out another thing, too: Sometimes you gotta think about a song that you put on a record that you don’t like, because there’s going to be somebody that they’ll buy the whole record for that one song that you did that you don’t like. I’ve witnessed that, too. Sometimes there will be a lot of people that like that one song you don’t like, so you might have to learn it and sing it!