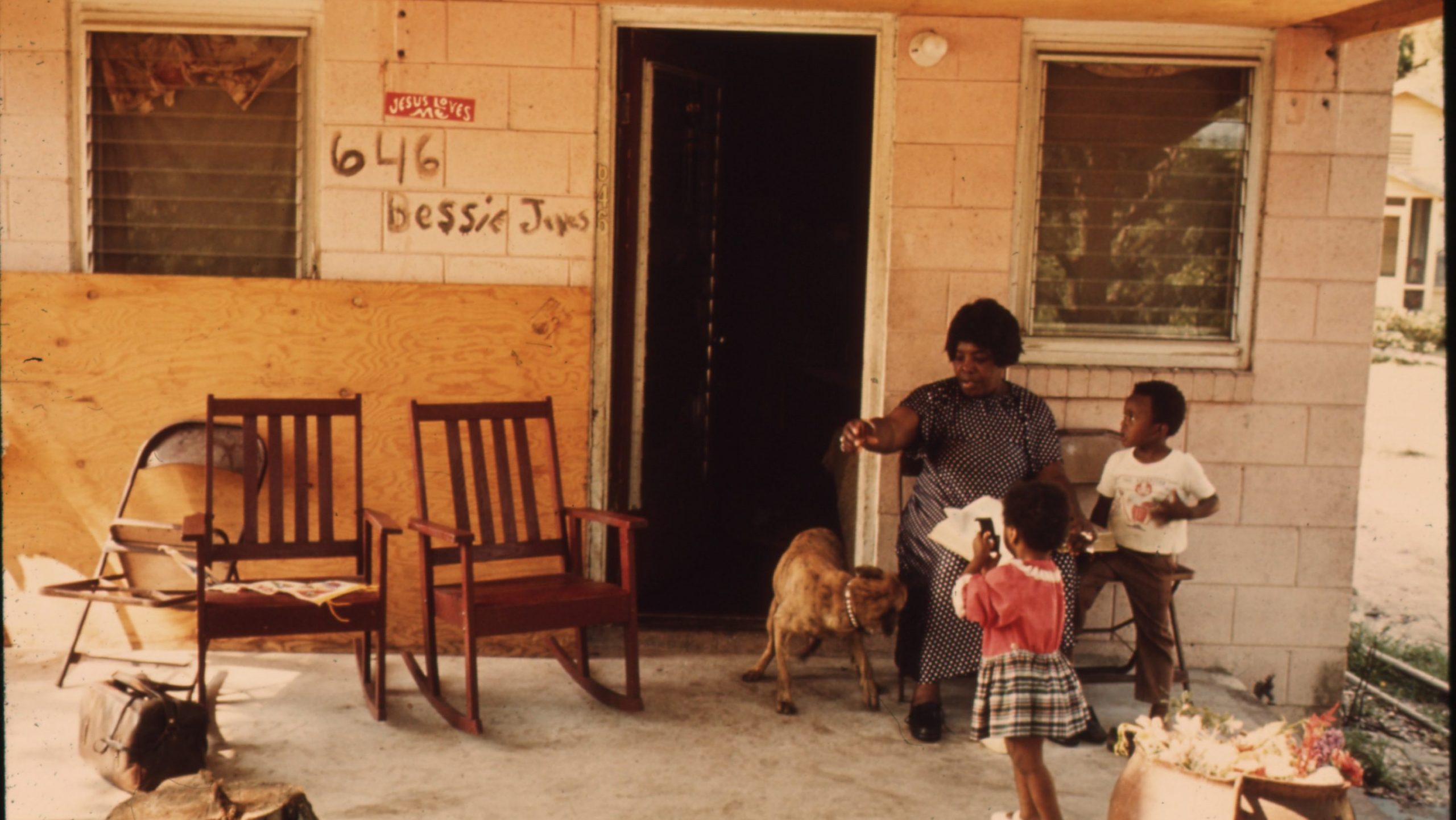 In 1962, an episode of the CBS documentary-style television show Accent featured an in-depth look at the culture of St. Simons Island. Situated off the coast of Georgia, St. Simons is draped in Spanish moss and rife with oak trees, beaches, marshes, and music. The segment followed musicologist Alan Lomax as he guided the show’s host, John Ciardi, around the island, introducing members of the Georgia Sea Island Singers and explaining the historical significance of the area’s musical heritage.

Lomax is a notorious folklorist whose contributions to the world of documentation loom large: He was the first person to record legends like Woody Guthrie and Muddy Waters. For nearly 70 years, Lomax traveled everywhere from Appalachia to Europe to collect and preserve folk music that was passed down directly from generation to generation, with the entirety of his collection now housed at the American Folklife Center at the Library of Congress.

His search for indigenous sounds first took him to St. Simons Island in 1935, where he traveled with fellow archivist Mary Barnicle and writer Zora Neale Hurston. He met musicians like Bessie Jones and the Georgia Sea Island Singers, and made a batch of initial recordings. He later returned to St. Simons in 1959 and 1960 to collect more recordings with improved equipment. The rich tradition Lomax tapped into dates back to the 18th century and comes from West African ethnic groups who were enslaved on the island’s plantations. They brought with them spirituals and work songs that often rely on call-and-response techniques.

“It’s an old continuity, this work-song business along this coast — 250 years, anyway, and of course it goes back to Africa, the continent of work songs to begin with,” Lomax explains to Ciardi during the opening sequence in Accent. The two sit along a riverbank and watch a boat-full of locals, including singers like Peter Davis and Joe Dixon, row inland after a day of fishing. “Africa has special problems: the heat, the jungle, the long distances. The people of Africa have worked out a system of communal work groups that’ll solve their problems for them, and the spark in these groups is provided by the work-song leaders.”

Lomax goes on to discuss how these songs exist for many different types of work — they could be heard on docks, in rowboats, in fields, in houses, and in churches. He believes that it was the tradition of song and dance that sustained the enslaved population when they arrived at these shores.

“I asked an old man once why they sang, and he said, ‘Well, I’ll tell ya boss, you start singing right after breakfast and, when you look around, it’s dinner time.’” Lomax recalls. “The songs took their minds off the rigor of their labor.”

Some of the last slaves to arrive in America landed in the smugglers’ ports on St. Simon and, while on the island, they had little contact with the mainland — meaning their connection to their home traditions remained well-preserved. With the onset of the Civil War, Confederate troops relocated to the mainland and blew up the lighthouse on St. Simons to prevent the Union soldiers from using its beacon as an aid. Soon thereafter, the Union occupied the island, and set up a camp for freed slaves. After the war, the land that thrived on cotton and rice during the plantation era was in disarray, and landowners abandoned their plots once they saw no possibility for profit. In their wake, sharecropping became the system of labor, and liberated slaves settled in an area of the island called Harrington, which is the community that Alan Lomax visited all those years later.

“Down here in Georgia, you run into the roots of the whole thing. On this isolated island here, you find still alive the kind of thing that was happening in Old Virginia two or three centuries ago,” Lomax says on the Accent segment. “When the slaves encountered the English, Scotch, and Irish reels, they fell in love with those tunes and that way of dancing and they quickly picked them up and adapted them to their own way of doing things … they made these dances their own. They put a kind of rant into the tunes that wasn’t there before.”

One of the singers Lomax worked closely with was Bessie Jones. Growing up in North Georgia, stories of Jones’s grandfather, who was a slave, were passed down through her family. She brought those stories with her when she relocated to St. Simons after she got married and she became one of the foremost keepers of the island’s traditions. While the group existed by the name of the Spiritual Singers Society before her arrival on the island, Jones became the bandleader of the Georgia Sea Island Singers, which also included John Davis, Peter Davis, Mable Hillary, Emma Ramsey, and Henry Morrison. Recognizing the importance of keeping history alive, they worked with Lomax to expose a wider audience to the stories and songs of St. Simons. They booked gigs across the nation, performing on prestigious stages at the likes of Carnegie Hall and the Newport Folk Festival. In 1961, Jones even went to New York City so that Lomax could fulfill her request of recording her life story and music. She became an active figure in the Civil Rights movement, performing in a traveling prayer band that marched with Martin Luther King, Jr.

The Georgia Sea Island Singers have featured a rotating cast over the years and continued to share their rich history of West African descent, with performances at presidential inaugurations and other public ceremonies. It’s only fitting that the very songs that preserved and uplifted generations, in turn, be preserved and used as tools to educate.

“I suspect that it was these songs that gave [slaves] the heart more than anything else to endure the labor they had under the hot Southern sun, 14 hours of day under the driver’s whip,” Lomax poignantly reiterates in the Accent special. “They were kept alive by these songs.” 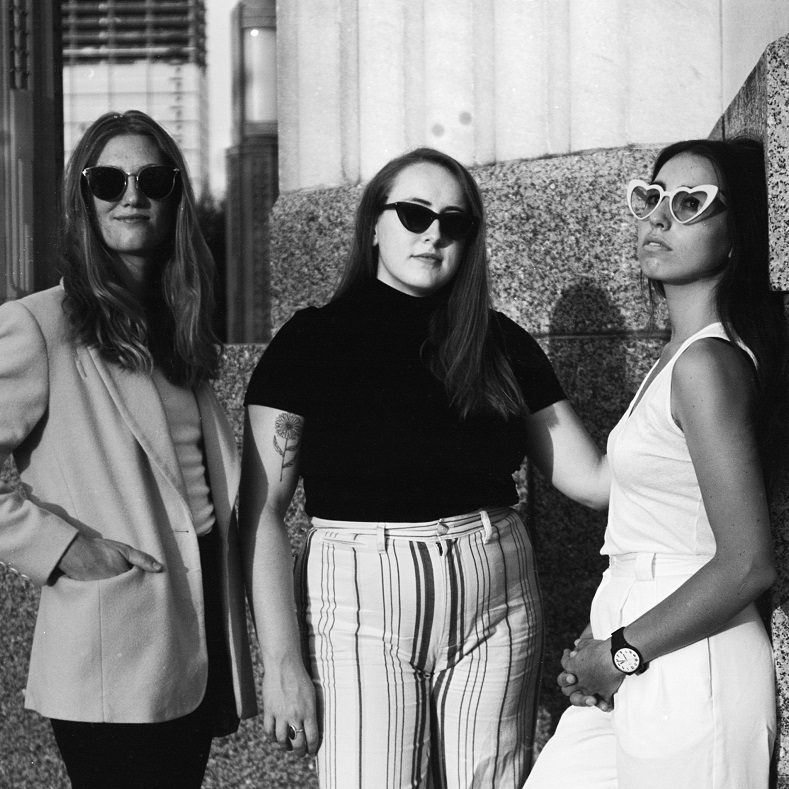