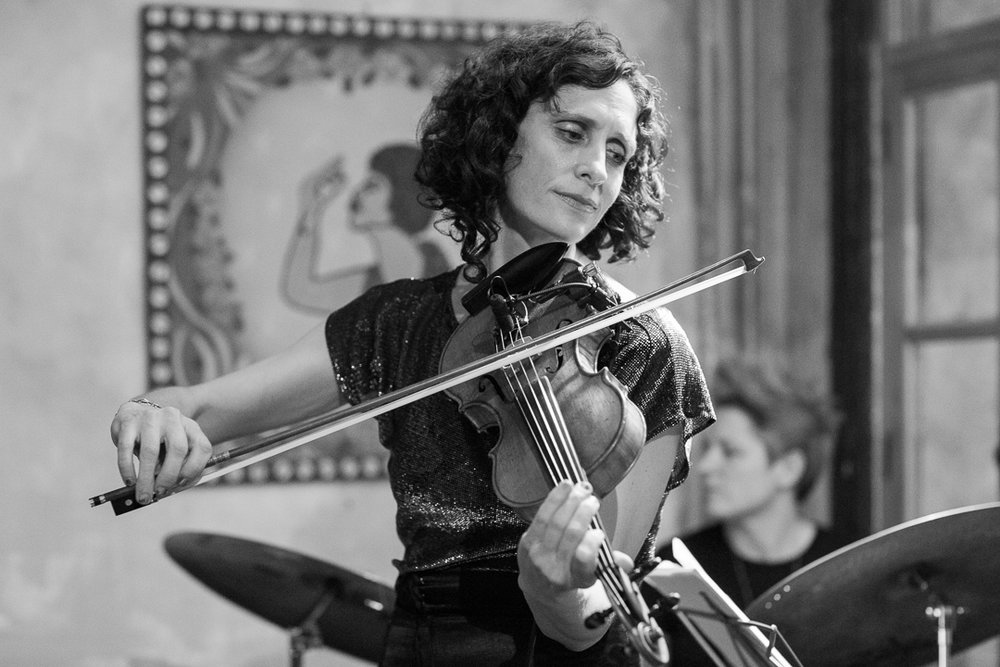 Women with roots in jazz is the heart of this hour. Jenny Scheinman is one of the leading jazz violinists working today, yet her musical life began grounded in folk music and she’s been a prolific contributor to records and tours by the likes of Rodney Crowell, Robbie Fulks, Ani DiFranco and others. Her many collaborations with guitarist Bill Frisell have produced sublime fusions of folk, country and jazz. And Jenny has released two acclaimed songwriter albums as well. Now she’s leading a band with drummer Allison Miller. You’ll hear samples from that catalog as we speak about a unique life in music.

Also in the hour, Nashville’s Kandace Springs talks about getting mentored by Prince, landing a record deal on Blue Note and making a new album with heroes like Nora Jones and Christian McBride. We’ve posted a feature about her here.