Traveler: Your Guide to Winnipeg 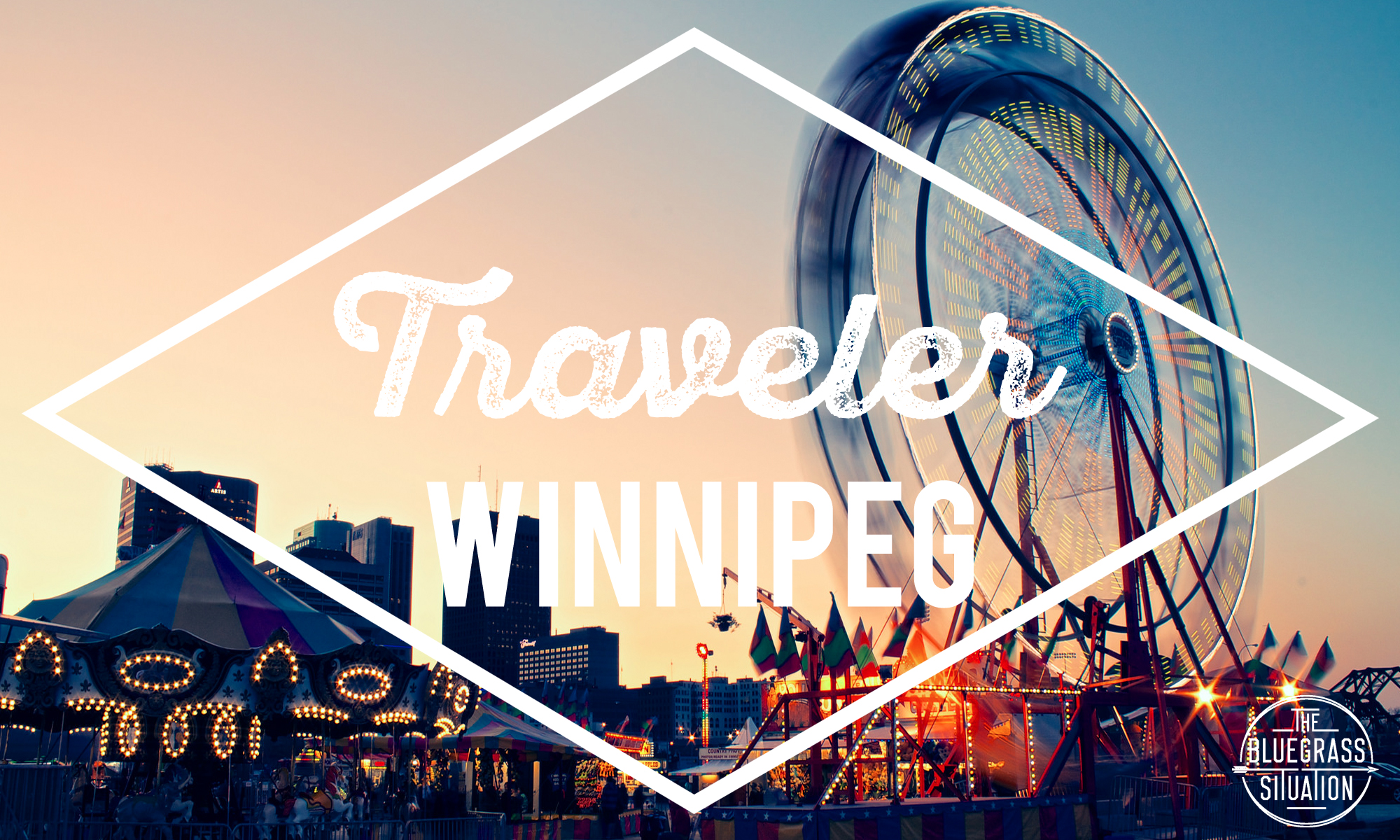 The license plates say “Friendly Manitoba” and they are not wrong. Manitoba is one of Canada’s oldest provinces. It is full of lakes, rivers, music, history, and culture — and Winnipeg is the capital city and hub of all the action. The winters are frigid but, come summer, it’s a hot, bustling city full of patios, festivals, and good times. Winnipeg is home to legendary musical talents like Neil Young, Bachman-Turner Overdrive, the Guess Who, and the Crash Test Dummies, and it continues to foster amazing talent like the Weakerthans, Begonia, and Royal Canoe. So it is no surprise the Winnipeg Folk Festival draws over 60,000 visitors each year during its four-day celebration of international musicians. If you are coming to Winnipeg for the Folk Festival, do yourself a favor and stay a few extra days so you can check out the abundance this city truly has to offer.

The James Armstrong Richardson Airport is the only commercial airport and is new, sunny and has a Hug Rug at the arrivals gate. The other option for getting to Winnipeg is Canada’s national railway — Via Rail — arriving at the historic and beautiful Union Station. Taking the train in Canada takes a lot longer than flying, but is a stunning way to travel and really experience the vastness of the country and its ever-changing scenery from province to province. 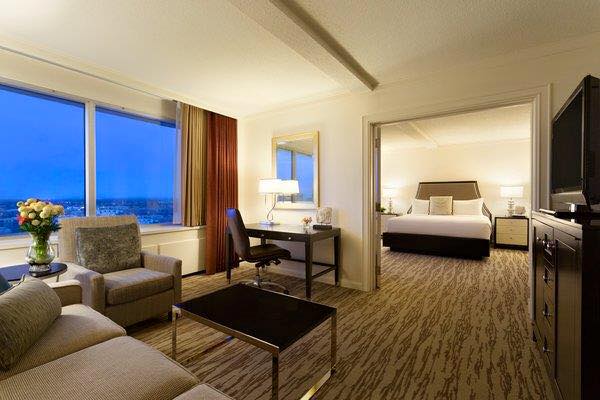 Photo courtesy of the Fairmont Hotel

The Fairmont Hotel is a luxury option located in the heart of Winnipeg’s historic Exchange District. Connected to the underground PATH system to avoid the frigid cold in the winter months, the Fairmont has modern, beautiful rooms and is minutes from shopping and restaurants, as well as a short walk from one of Winnipeg’s main tourist sites — the Forks. A less expensive, newer, and very hip alternative is the Mere Hotel in the downtown core. A comfortable stay with a modern, clean, and bright feel, this hotel is family-friendly and smells amazing upon entering. 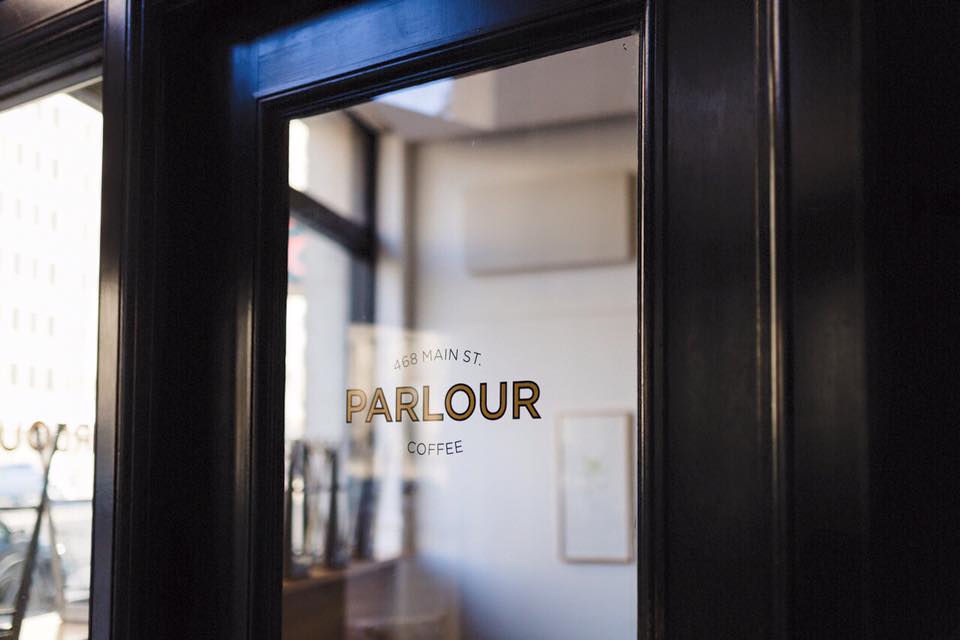 Parlour Coffee is a staple for caffeine connoisseurs in Winnipeg. Located on Main Street, this bare bones coffee shop doesn’t have wifi and encourages you to, instead, speak to your neighbor. If you find yourself in trendy Osborne Village, you’ll want to hit up Little Sister Coffee Maker on River which was voted best coffee in Winnipeg by a local panel of expert judges. 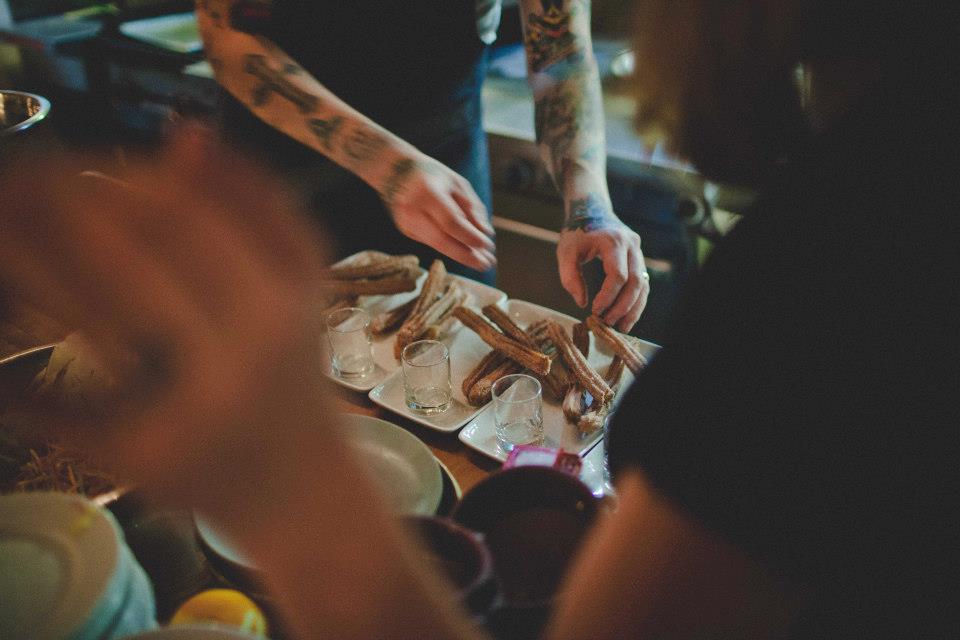 Winnipeg has one of the highest restaurant counts per capita in the country, so your choices are endless. One hot spot is Segovia, a Spanish tapas restaurant with an ever-changing menu and one of the coolest patios in the city. There is also Fusion Grill on Academy for fine dining with locally sourced ingredients. If you want to truly be like the locals, I recommend joining the queue for brunch or lunch at one of the eight Stella’s café locations serving up homemade jams, breads, and soups. Finally, you can’t visit Winnipeg without hitting up the Bridge Drive-In for an ice cream dessert that is totally worth the crazy line up. (The locals will give you bonus points if you refer to it as the BDI and order the infamous Goog.) 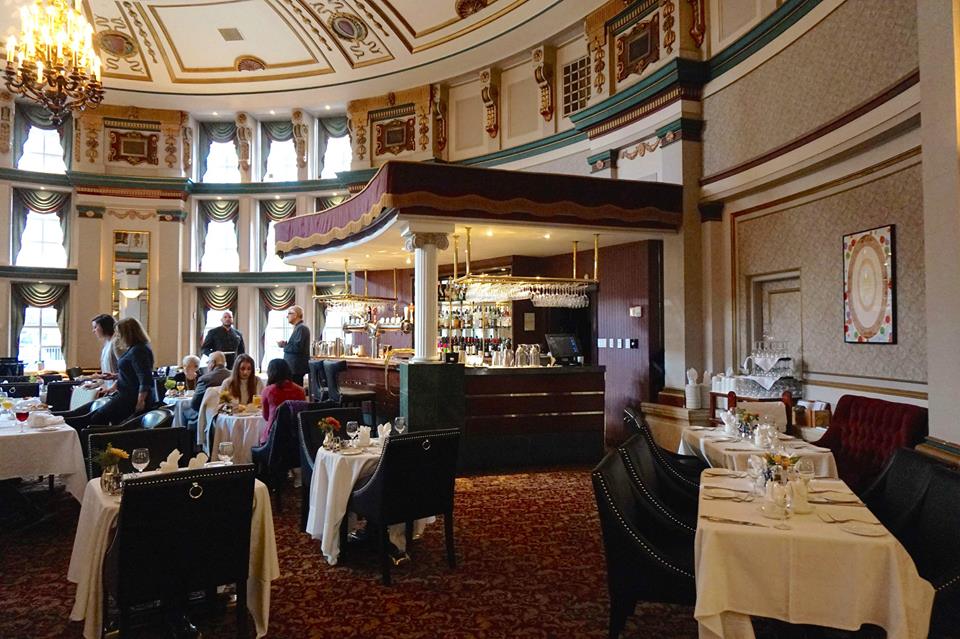 Built in 1913 and since designated as a National Historic Site of Canada, the Fort Garry Hotel boasts the opulent Palm Lounge. The wide selection of spirits and wines will bring you in, but the stunning architecture and historic feel will keep you there. It is rumored that the hotel is haunted, so if you see a ghost, it may not just be the cocktails. If you’re looking for a pub feel, head to Bailey’s for their large selection of beers on tap and English pub fare. Lovers of wine will enjoy Peasant Cookery in the Exchange District — go on a Tuesday for discounts on bottles. And, if it’s beer you fancy, stroll down to the Kingshead Pub with two floors, live entertainment, and over 30 beers on tap. 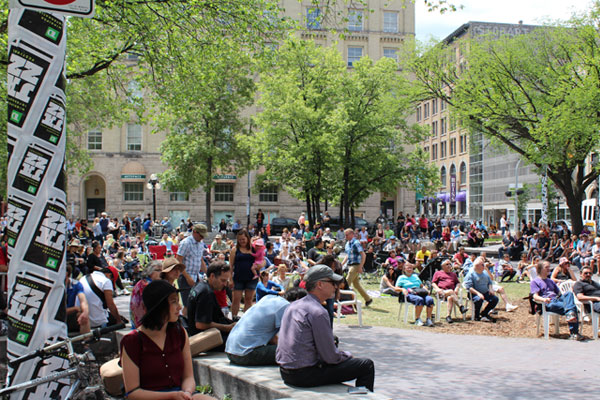 Photo courtesy of the Exchange District

The Exchange District is one of Winnipeg’s most historic areas and hosts some of the city’s best boutique shops — be sure to check out Ordnry and the Haberdashery Guys & Girls. Osborne Village is another great area where you’ll find a strip of shops with one of a kind apparel and housewares. Walk into Rooster Shoes only if your suitcase has room for new kicks. The spot to find luxury and high quality fashion labels is Danali with a knowledgeable team of staff, some of whom are designers themselves. 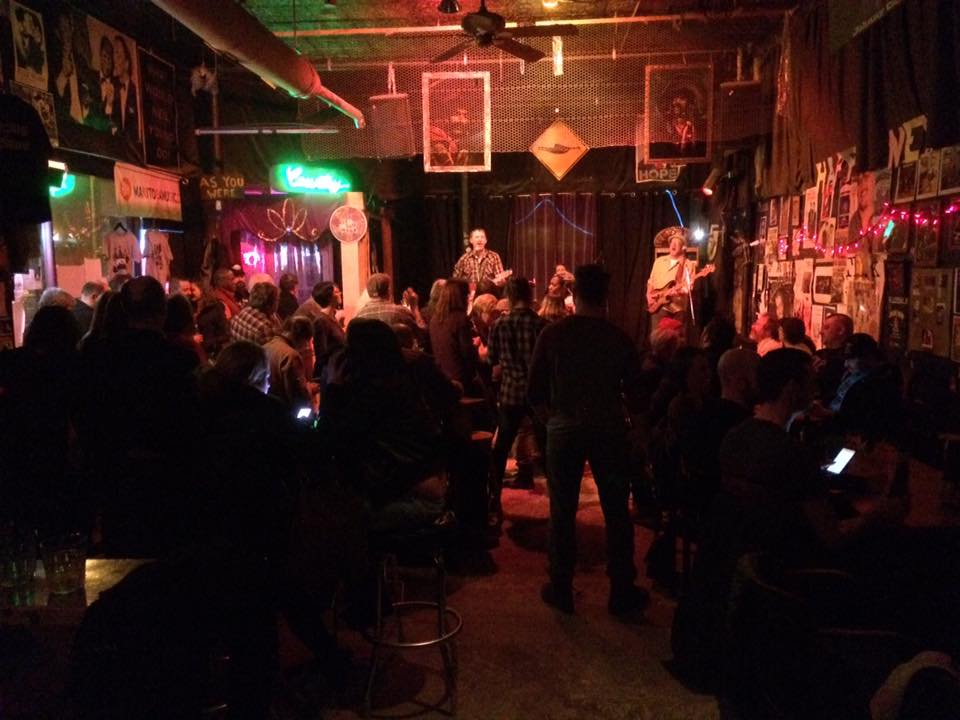 Winnipeg is a town full of amazing music. Top venues include the Park Theatre, which is known for putting on amazing shows from music to comedy to movies with live commentary. One of Winnipeg’s well-known dive bars is the Times Change(d) High and Lonesome Club. Don’t let the rough exterior fool you — this tiny joint regularly hosts some of the best nights of nitty gritty music in the city. The Good Will in the downtown core is another great place for live music, tasty pizza, and a chill atmosphere in which to party with the locals. If you come in the summer, visit the outdoor stage called “The Cube” at Old Market Square where urban festivals like Winnipeg Jazz Festival, the Fringe Festival, and Soca Reggae happen. 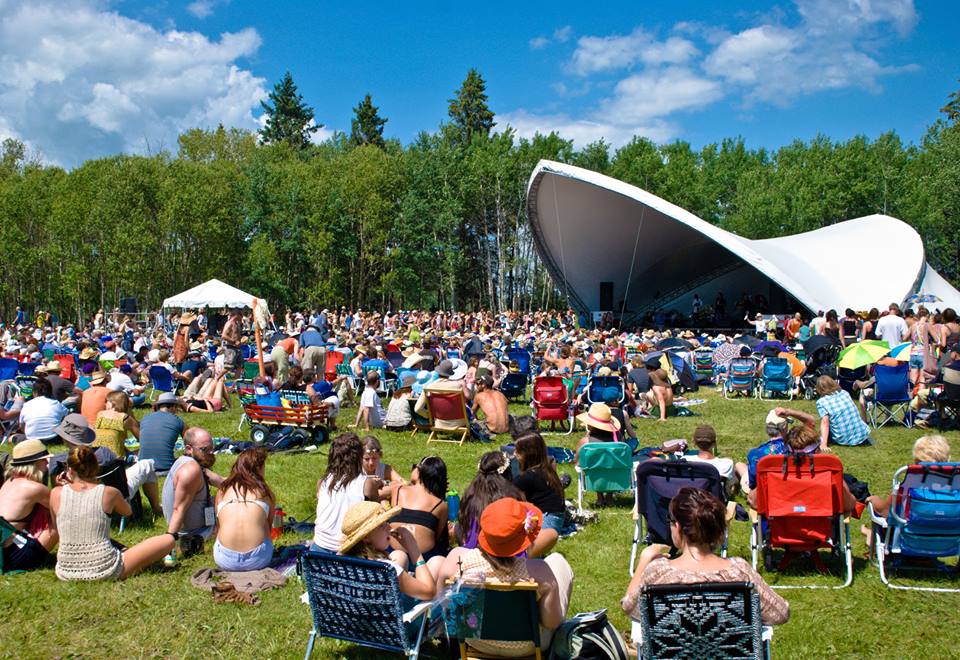 A mix of many cultures old and new, Winnipeg is extremely diverse with residents from all over the globe. Celebrating this is one of the longest cultural festivals in the world called Folklorama, which takes place over two weeks in the summer. The Winnipeg Folk Festival is not to be missed with camping, music, and art only 10 minutes away from the city center at the Birds Hill Provincial Park. Or, take a day trip to Grand Beach — about an hour outside the city — and bask in the sun on the infamous white sand. If you prefer to stay in the city, check out the restaurants and entertainment in the French quarter called St. Boniface, take a tour of the legislative building downtown, or head down to the Forks, an historic site where the Red and Assiniboine Rivers met and where the fur trade business thrived in early Canada. And a visit to Winnipeg isn’t complete without spending time at the Canadian Museum for Human Rights with its controversial and stunning architecture and affecting exhibits.