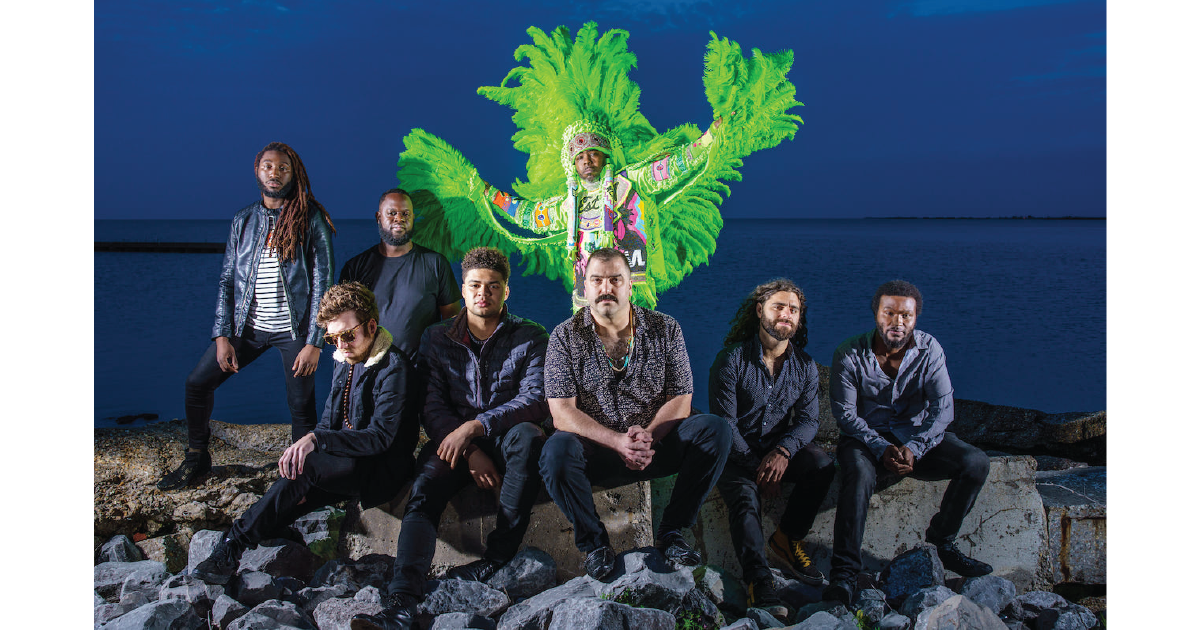 In Their Words: “The message I am trying to send with the ‘My People’ music video is based on ancestral recall. This is a phenomenon where people consciously or subconsciously draw on the experiences and lives of their ancestors to perpetuate a certain lifestyle or culture. I am also trying to give the viewer an idea of the different spirits that dominate New Orleans. These are represented by the various elements of New Orleans culture shown, such as the Skull and Bone Gang, the Mardi Gras Indians, and the brass band.

“In this video, I juxtapose the origin story of the Mardi Gras Indians with the present day representation of our Black and Native American hybrid culture. Historically, many Black people who escaped slavery in South Louisiana were taken in, guided to safety, and hidden from slavecatchers by sovereign Native American tribes. From the natives, they acquired new customs, language, and dress, and meshed them with African masking traditions. This not only provided immediate freedom from captivity for the people who escaped, but also would eventually provide an avenue for the Black people of New Orleans to feel free on carnival day despite not being allowed to participate in the official Mardi Gras celebrations. (Read more below the player.)

“Brass bands in New Orleans also represent freedom, as they are the centerpiece of second lines. Second lines are long parades that involve high-energy dancing and music, free of cost to anyone who wants to show up. They happen every Sunday, and for many people, no matter how terrible their week might have been, second lines provide a space where they can dance, rejoice in the music, forget about their troubles for a little bit, and feel free. This is a tradition that dates back to the days of the drum circles at Congo Square, where only in New Orleans, Black enslaved people were allowed to play drums, sing, and dance however they wanted.

“The Skull and Bone Gang’s purpose is to warn people of impending danger to their lives. The idea is that they are there to remind people to lead a good and safe life, or they will be the next to die. What better spirit is there to relay the message than a dead man walking? All of these spirits, plus many more are constantly working in New Orleans to make it what it is. Mardi Gras day is just when they all come out to play.” — Aurelien Barnes, video producer/vocalist, Cha Wa

“In a society that is divided by so many things, ‘My People’ reminds us that no matter who you are — rich or poor, big or small — we’re all in this together as humans. Cause one day we gon’ all be in the same boat.” — Joseph Boudreaux Jr, vocalist, Cha Wa