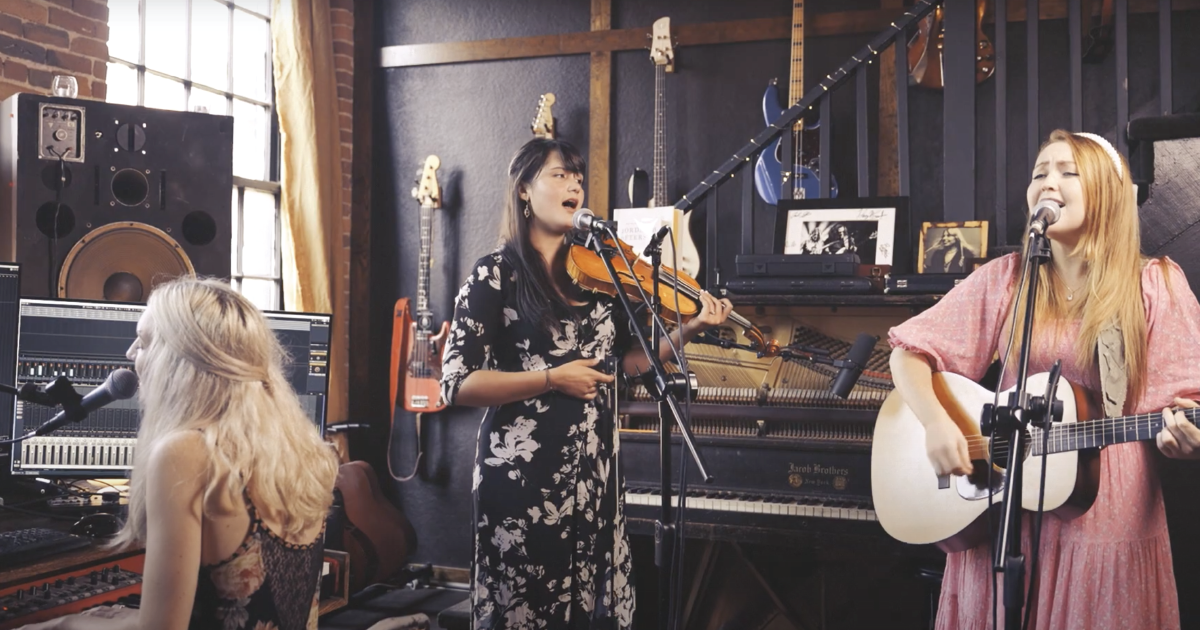 In Their Words: “I was introduced to the Pitch Meeting in Nashville by my dear friend Makena Hartlin. She kept telling me to come out to Sonny’s on a Tuesday here in Nashville. I had been reluctant to go anywhere during the pandemic, but this August, I felt like it was time and the Pitch Meeting graciously featured me as their guest artist. It was really special to see what can happen when a group of supremely talented individuals come together to support one another. I felt heard, held, supported and lifted up. I hadn’t played in a live setting with a full band in a really long time and it really lifted my spirits. The next week, Makena and Tabitha Meeks invited me to be a featured guest in their Pitch Pipes female songwriter showcase. Again, I was blown away by the support from these beautiful women.

“Nanci Griffith passed the day before I met up with the Pitch Pipes. My husband and I had her album, The Last of the True Believers, on repeat in our home and I felt deeply connected to her voice, her writing and the covers she chose to sing. You can hear genuine tenderness in her voice. You can feel her spirit. So, I brought ‘Goin’ Gone’ to Makena and Tabitha and asked if they would be open to learning it and paying tribute to Nanci with me. It feels sacred to sing the songs she sang in her wake. As if we can keep the music and her memory alive simply by playing the songs she held close. We’ve lost many beautiful souls lately and it feels important to sing the songs of those who pass and keep their spirit alive through the music they left behind.” — Phoebe Hunt