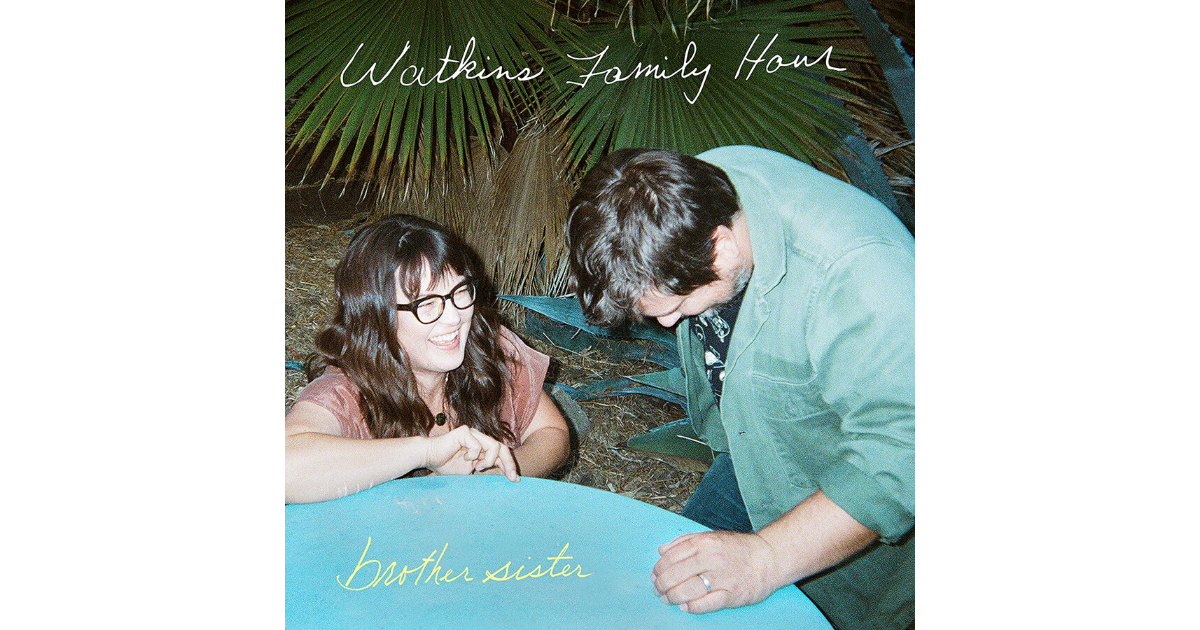 “Bella and Ivan,” one of two instrumentals on our Artist of the Month Watkins Family Hour’s brand new LP, brother sister, begins with a folky, whirring Vitamix of notes. It’s a frenzied melody, one that allows the siblings’ bluegrass virtuosity to glint like a bright reflection off a sly smile. Sean’s aggressive, Tony Rice attack and the slight Celtic bounce of Sara’s bow are demonstrating that they, too, can accomplish the unlikely complicated ease of the duo’s tight, familial harmonies.

And they do. Ever since the first notes of Nickel Creek’s “Ode to a Butterfly” transformed an entire generation of listeners into bluegrass fans, Sean and Sara Watkins have been giving us these effortless-while-acrobatic instrumentals. Each one reminds us in its own way that no matter how far afield the pair may travel from their genre of origin, they carry it with them still — and can execute any of its aesthetics with immediacy and delightful, mocking aplomb.

Named for a friend’s two dogs who love to wrestle, “Bella and Ivan” isn’t so much rough housing as it is a scripted, choreographed, pro fight. Their interplay is just as exciting to those of us who suspend disbelief as it is to those who don’t; the musical dialogue precariously and joyfully unfolds in a way that refuses to either feel rehearsed or totally off-the-cuff.

In whatever iteration one encounters the music of Sean, Sara, and/or Watkins Family Hour, they’re giving listeners every last ounce of that ethereal “something” that sparked our love for them in the first place. While they constantly reinvent themselves and explore new sonic territories, somehow that “something” remains indelible. It’s just Sean and Sara Watkins.