You Need to Listen to More Indigenous Artists 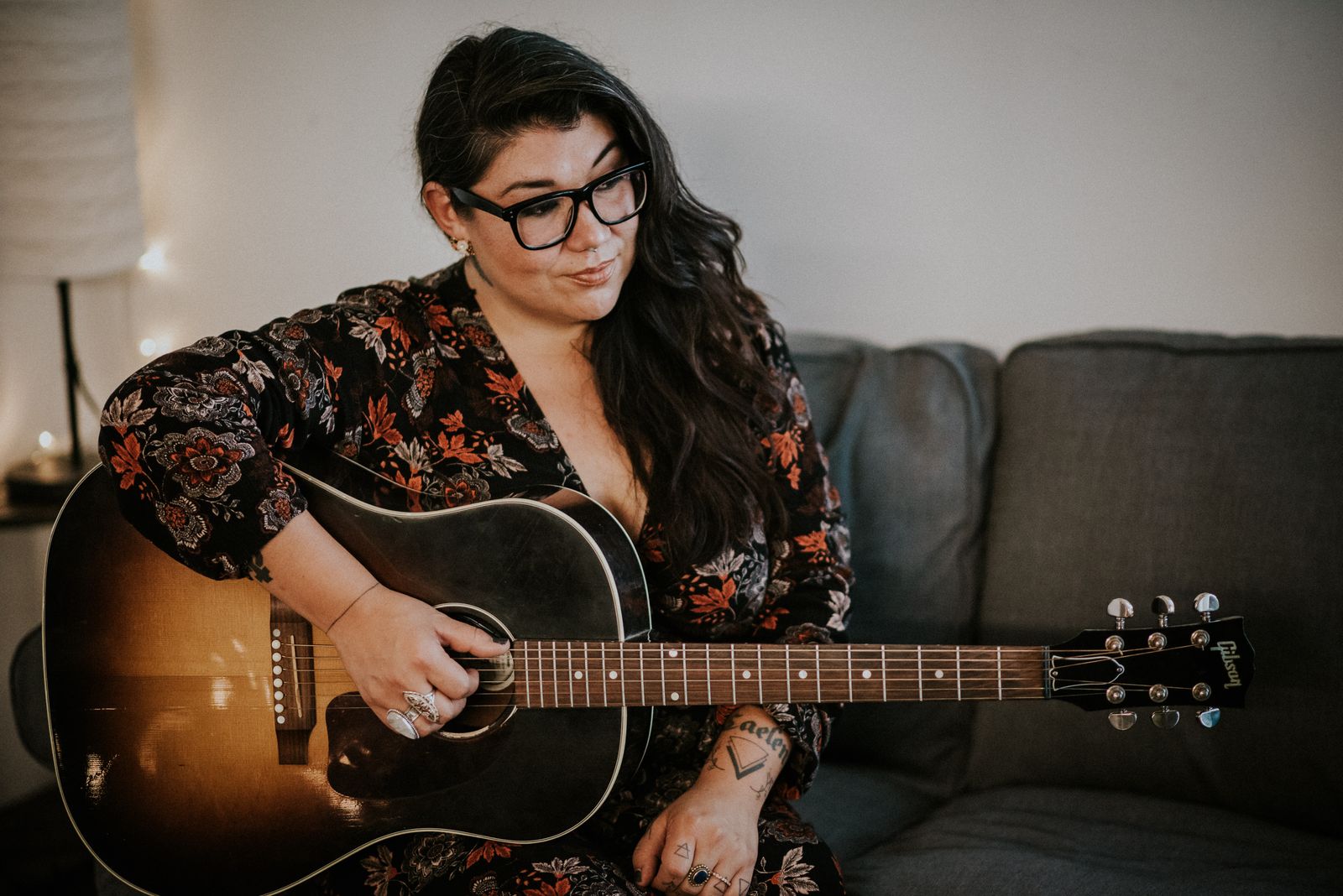 Just as Black voices and stories largely informed the creation of these genres of music — old-time, bluegrass, blues, Americana, folk, etc. — Indigenous voices and stories often informed those black creators as well as those of greater privilege and power. Erasure prevents many examples of these cross-pollinations and accurate attributions from being readily accessible today, but Indigenous people are still here. They continually carve out spaces for themselves in these circles and these communities that directly spawned from them, though they continue to exclude Natives today.

Even as conversations surrounding diversity, equity, and inclusion permeate the furthest reaches of roots music communities around the world, Indigenous identities and perspectives are still routinely left in the shadows.

We can do better.

Part of “doing better” is making a concerted effort, whenever we are able, to expand our perspectives to include as many Indigenous people and their vantage points as possible. So, let’s return to the idea that American roots music was created by Indigenous people. Such as it is, if one is a roots music fan, it’s quite easy to infuse one’s day-to-day with Indigenous folks, as evidenced by the following list of Indigenous artists, performers, instrumentalists, and musicians that you NEED to be listening to.

An award-winning, renowned blues guitarist Cary Morin is a Crow tribal member who has performed around the globe. “…I could say that I’m really the only finger-style Crow guy on the entire planet,” he told BGS in a 2017 interview. “That’s unique. But we all can say that, to some degree. We all have unique things that make us who we are…” He counts David Bromberg, Norman Blake, Tony Rice, and Trey Anastasio among his influences, but his sound is truly uniquely his.

Lakota John (Locklear) opened his set at our 2019 iteration of Shout & Shine at IBMA with a land acknowledgment and a captivating piece on Native American flute. His music nimbly toggles between old-time blues, modern acoustic blues, folk, down home country and more, while remaining firmly rooted in and informed by his Lumbee and Lakota heritage. We interviewed Lakota John just last month, in anticipation of Shout & Shine.

Folk trio Lula Wiles cover a lot of the same ground as their millennial-aged string band and Americana counterparts, but with the grounding, legitimizing force of Indigenous perspective, brought to the group by bassist Mali Obomsawin, a member of the Abenaki Nation. Obomsawin and bandmates Isa Burke and Ellie Buckland spoke to BGS about Indigenous rights and the group’s approach to writing socially conscious material earlier this year.

Z. Lupetin, host of BGS podcast The Show On The Road, called Métis musician Celeigh Cardinal “the high priestess of Canadiana soul” in a February episode. Cardinal is also the first Indigenous radio personality on Alberta’s CKUA Radio Network. “The Devil is a Blue-Eyed Man” is the lead track off of her most recent album, Stories From a Downtown Apartment.

A classically-trained, Canadian, Indigenous tenor, Jeremy Dutcher creates sweeping, cinematic art-folk with pop twinges, jazz undertones, and often lofty, operatic melodies. Perhaps the most striking aspect of Dutcher’s music, however, is his overt presentation of the fact that its intended audience is first and foremost his people, the Wolastoqiyik. His representations of queerness are firmly rooted in the traditions of his tribe and his language — he is one of only around 100 people who speak Wolastoq — which has no gendered pronouns.

Academy Award-winning singer-songwriter Buffy Sainte-Marie has been touring and performing professionally since the early ’60s. Her accolades, awards, and accomplishments are vast and varied, touching almost every nook and cranny of this content in almost every medium — and as an activist, as well. In 2015 the Americana Music Association and the First Amendment Center awarded Sainte-Marie the Spirit of Americana Free Speech in Music Award.

Singer/songwriter Raye Zaragoza has a message to deliver through all of her music. “In the River” was written during the violence at the Standing Rock Sioux reservation protests over the Dakota Access Pipeline being constructed across Indigenous lands and sacred waters. Zaragoza explains in an interview with Billboard in 2018, “Being a young, brown girl who on one side of my family is immigrant (Mexican, Japanese, and Taiwanese), the other indigenous, I can help [but put] a voice and put words to the way so many people are feeling…”

In 2004 singer/songwriter Charly Lowry was a semi-finalist on American Idol, but over the past decade she rose to prominence with Dark Water Rising, a North Carolina-based, soulful blues band of Indigenous folks. Her solo music is entrancing and expansive, with an ethereal quality only matched by the conviction with which she sings. This performance of “Brownskin” is a perfect example.

Grammy nominee and Native Hawaiian Led Kaapana is one of the world’s foremost experts in slack key guitar, or Kī Hō’alu, for which a guitar’s strings are detuned (til “slack”) to an open chord. His playing reminds of Chet Atkins and Phil Keaggy and references blues, ragtime, and even bluegrass flatpicking at times, too — which makes sense considering he’s worked and collaborated with Chet Atkins himself, and folks like Dolly Parton, Jerry Douglas, and Alison Krauss, too.

To wrap up we should note, this is an infinitesimal, inherently myopic attempt at a cross-section of Indigenous artists in American roots music spaces. There are so so so so many more to discover. You should poke around the Native American Music Awards website for more ideas, and a historical/archival look, too.