3×3: All Our Exes Live in Texas on Wilde, Wiig, and Wainwright 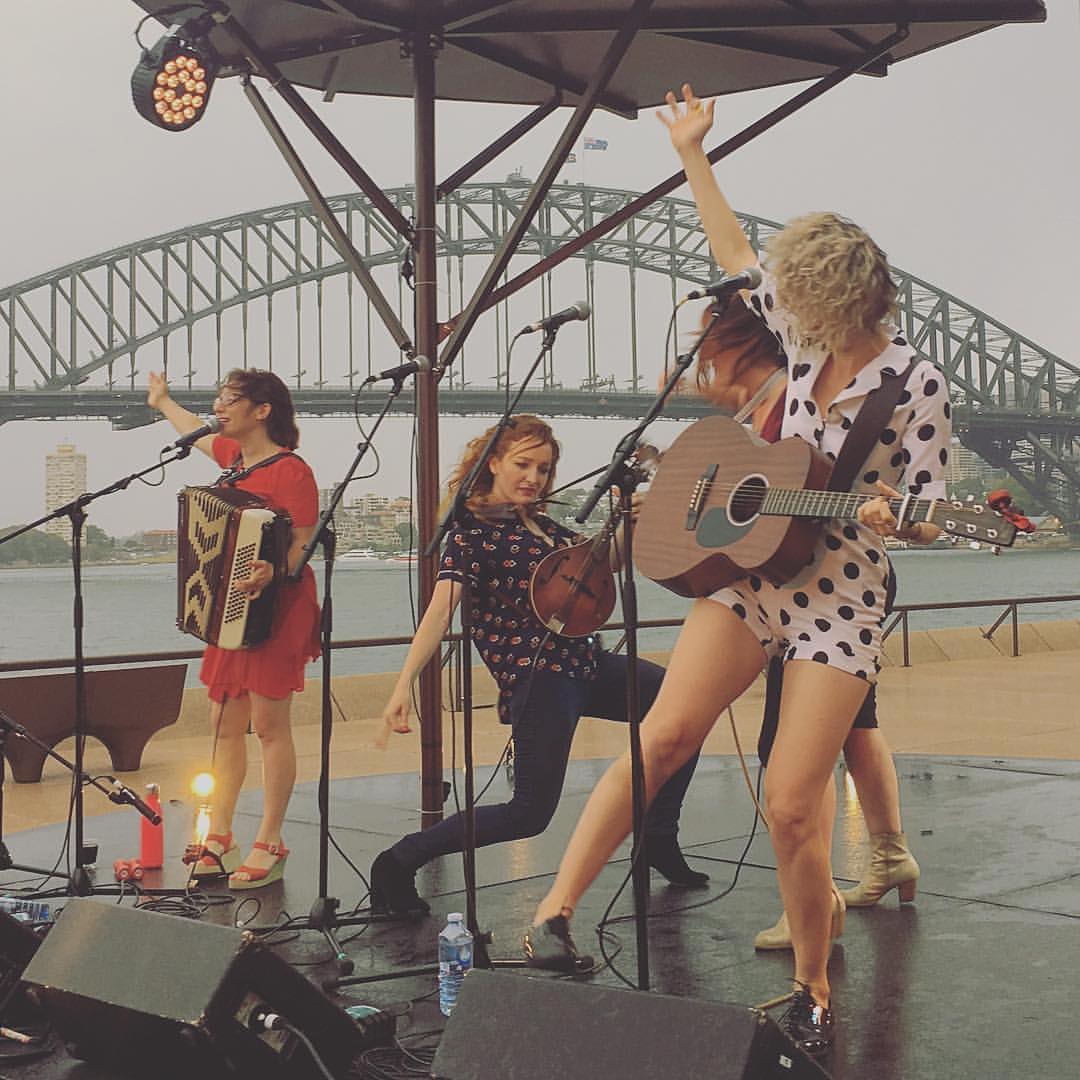 Artist: Katie Wighton (of All Our Exes Live in Texas)
Hometown: Sydney, Australia (Well, Brisbane originally for me!)
Latest Album: When We Fall
Personal Nicknames (or Rejected Band Names): I get called Katajzna (pronounces Ka-taj-nah) by the girls in the band. Also get Kiki from our hilarious manager. And Tiny, by my bestie. As for rejected band names, when we were looking for one we Googled worst/best country song titles and we found “Drop kick me Jesus through the goal posts of life” and “How can I miss you if you never leave?” They didn’t QUITE have the same ring to them …

What. A. Week. Thank you @folk_alliance for one of the most inspiring, life-affirming experiences we’ve ever had! Turns out being confined to a Kansas City hotel with a couple thousand people playing folk music in every room is just about the most magical and insane thing you can do. Thanks to everyone who came and watched our showcases, to all the beautiful music industry humans who are fighting the good fight and keeping the dream alive and to the incredible musicians who filled our ear holes with pure joy. Absolutely loved hanging out and enjoying the talents of @portsband @theonceband @ohpepmusic @liamgerner @lizstringeraus @rowenawise @emilywurramara_official @hermitagegreen Robbie Fulks @timmoxammusic @tizmcnamaramusic @melparsonsmusic @lemonbucketorkestra Baile An Salsa @kimrichey and so many more. Let’s all tour together immediately  Extra special thanks to @notreallymoose @soundsaustralia @glennyg @clackeryakka and @australiacouncilforthearts for helping us get over there  #FAI2017 #folkforever

This is a great question! I have been realllllly into a song called “Heartbreaker” by the Walkmen. The lyrics are “I’m not your heartbreaker, some tender ballad player.” And I love the strength in that. I would very much like to live that life.

I’ve never been to Mongolia and I’ve always wanted to. Yurts are super cool. I also adore Berlin — I’d love to live there one day!

Well, I hate to state the bleeding obvious, but it starts with T and ends (appropriately) in rump. And there have been several specific occasions — one of them being his decision to impose an international travel ban. To be fair, though, it didn’t so much make me mad as break my heart …

Attention friends! Our very good mates @themorrisonsband released their debut album today!! It is amaaaaazing! Do yourselves a favour and grab a copy immediately  Then go see them on their upcoming tour. (There’s even a sneaky Exes cameo from George on one song) x

Which Judd is your favorite — Naomi, Wynonna, Ashley, Apatow, or Hirsch?

Ha ha! I do love Wynonna Judd, if only just for her appearance as a painting in Bridesmaids. Also Judd Apatow was part of that film making, too. So I’ll make it a tie between them. Let’s be honest, though: The answer to this question is really just an excuse to talk about Kristen Wiig, who is actually just the greatest.

Rufus Wainwright and Sia. Rufus is SUCH an incredible artist — I love his music and every record is a work of art. He also seems to mostly stay out of the spotlight, which is cool. And Sia has it made, too — writing incredible pop hits, performing occasionally whilst still keeping her anonymity. Living the dream!

I have been reading Oscar Wilde’s The Happy Prince and Other Tales and it is so gorgeous. Makes me cry one million tears in the best way. I intend on reading all of them to my new god-child when he/she arrives in July!

Whiskey any day. Straight up!

I don’t really follow either of them. (Blasphemy I know!) BUT once went to Georgia’s (my bandmate) family Oscars party and we drank champagne and got dressed up and her mum gave us party bags. It was super cute!