Artist of the Month: Black Pumas 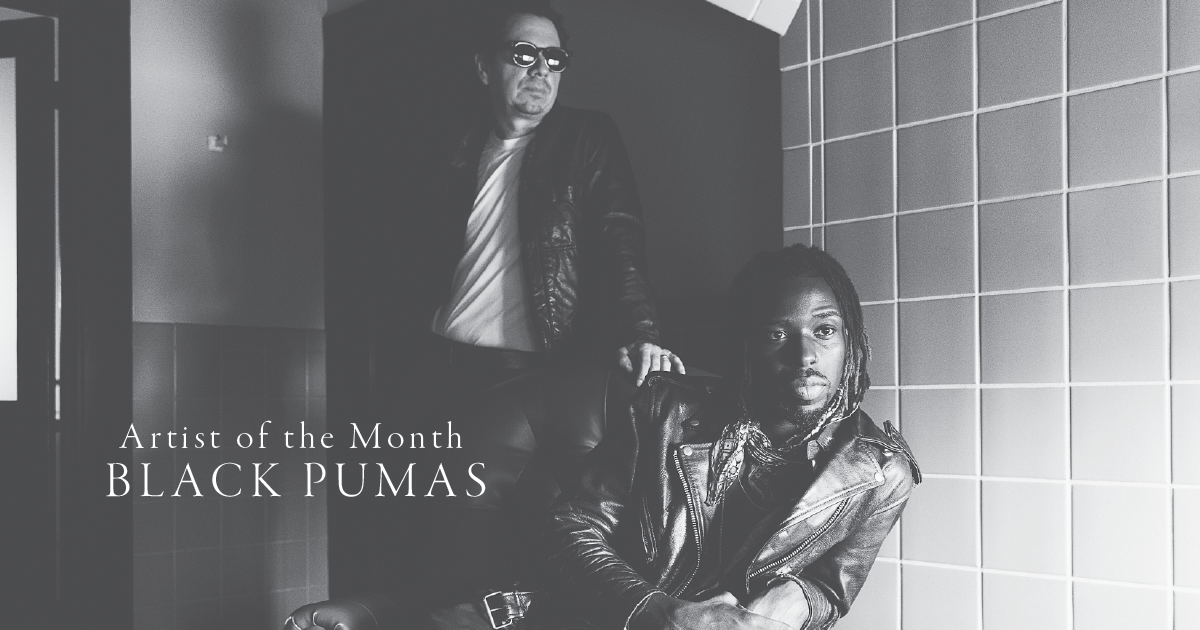 Even without continuing to tour the world, Black Pumas have lost very little momentum since the arrival of breakout singles like “Black Moon Rising,” “Fire,” and “Colors.” The duo of Eric Burton and Adrian Quesada were shocked to land on the 2019 Grammy ballot as a contender for Best New Artist, and in 2020, they picked up nominations in three more categories: Best American Roots Performance and Record of the Year for the irresistible “Colors,” and overall Album of the Year for Black Pumas (Deluxe Edition). That expanded edition collects several new tracks, a few live versions of familiar favorites, and a must-hear cover of Tracy Chapman’s “Fast Car” — a favorite song of Burton’s to sing while he was busking on the Santa Monica Pier, and later in Austin, Texas.

Drawing on folk songwriting as much as soul groove, both men agree that the term American Roots fits their sound well. The Americana Music Association seconds that notion, as Black Pumas picked up that organization’s Emerging Act of the Year in late 2020. And in January, the band performed a dazzling and powerful rendition of “Colors” on the soundstage of Austin City Limits in recognition of the historic win of President Joe Biden and Vice President Kamala Harris.

“The first thing people think of when they say ‘Americana’ is not always music that’s influenced by soul music, but it’s great to be recognized by people that are open-minded music fans,” Quesada tells BGS. “This is every bit as much American music as country music, you know?” Burton adds, “Soul music is just as a part of American music as folk music and country music. This country is a massive melting pot of the different cultures… so we’re honored to be a part of the conversation as we make music in America.”

The two musicians met through a mutual friend as Quesada sought an exceptional singer to add lyrics and a voice to the instrumental tracks he was creating. Little did he know that Burton was around the corner, literally, where Sixth Street meets Congress Avenue. In our two-part interview (Read part one here. Read part two here.), they shared their influences, their first impressions of each other’s talent, and their hopes for the year ahead as our Artist of the Month. Meanwhile, enjoy our BGS Essentials playlist below.