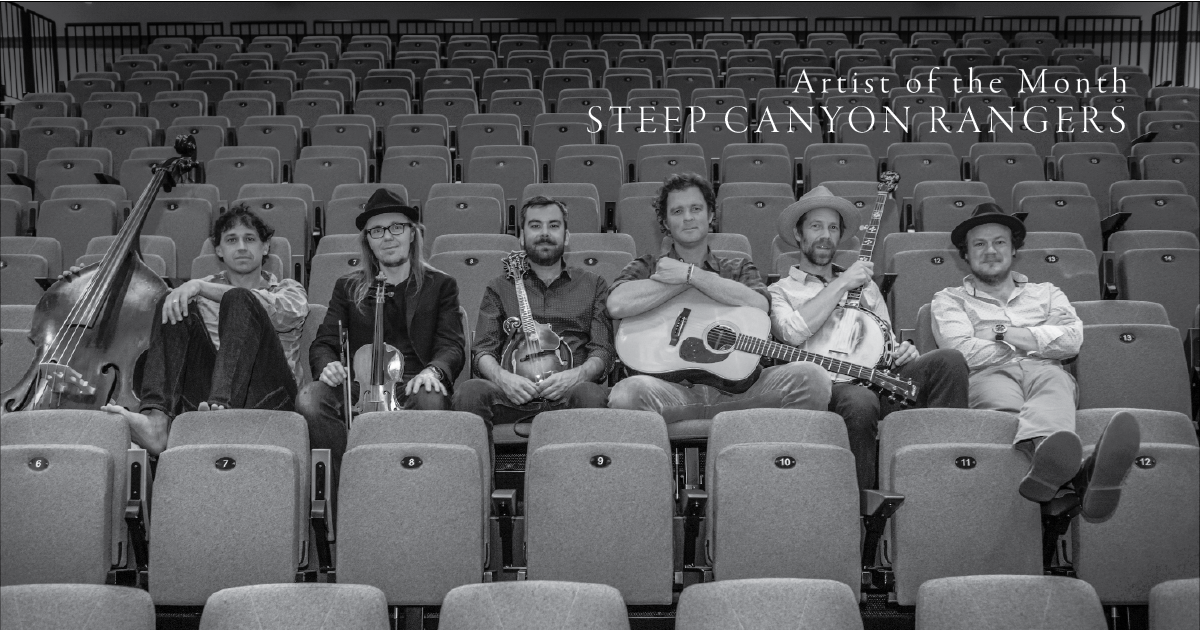 In a state with no shortage of bluegrass bands, North Carolina’s Steep Canyon Rangers have always set themselves apart with compelling songwriting and a camaraderie that feels authentic, whether they’re up on stage headlining Merlefest or at a performing arts center supporting Steve Martin. (The band shared IBMA Entertainer off the Year honors with Martin in 2011.) These guys have integrity, sure, but they also have an adventurous spirit, a subtle sense of humor, and a keen perspective that reflects where they are in life.

On their upcoming album, Arm in Arm, bluegrass fans will find a lot to like, but so will those listeners who pay attention to songwriting. It happens to be the first time they’ve recorded an album outside of North Carolina, opting to work at Southern Ground studio in Nashville, and to produce the album with Brandon Bell. Some of the sonic textures may sound different, but the emotions in their music remain intact.

“We’re not trying to sound like a style or genre,” says Graham Sharp, the band’s banjo player, frequent songwriter, and occasional lead singer. “We’re not trying to fit into a certain mold. For a long time, we were a traditional bluegrass band, and that meant the themes would have to fit into that mold: work songs, heartbreak songs, train songs. But we’ve evolved to play any groove, any style, and it has opened us up to so many more possibilities.”

BGS will spotlight Steep Canyon Rangers as our Artist of the Month with back-to-back interviews with two of its founding band members, Woody Platt and Graham Sharp, conducted by noted North Carolina author and journalist David Menconi. (Read part one with Woody Platt here. Read part two with Graham Sharp here.) Arm in Arm arrives on October 16, but we’ve include a few of its early tracks below in our BGS Essentials Playlist for Steep Canyon Rangers.