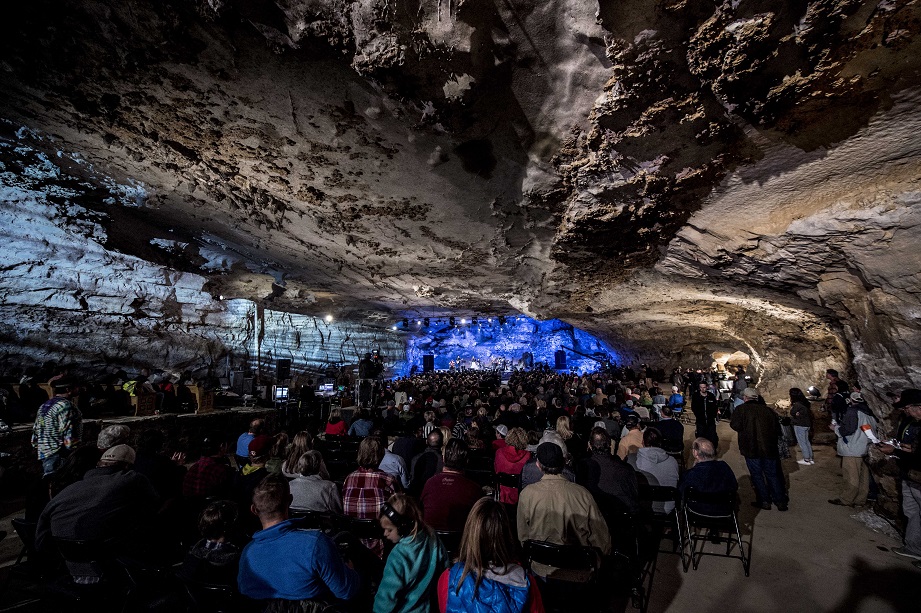 Jam-packed into one epic weekend of underground concerts, the performances will be captured for the 10th anniversary of the multiple Emmy Award-winning Bluegrass Underground series on PBS. To be in attendance at the 3-day live taping event is a music lover’s ultimate experience. The milestone Season X will premiere in the fall of 2020 on PBS stations nationwide.

“It’s amazing that Bluegrass Underground is the second-longest music series on American Public Television,” says Todd Mayo, Bluegrass Underground creator and co-producer. “And we look forward to the next 10 years of partnering with PBS in presenting the quality and diversity of roots music from one of the most iconic music destinations in the world, The Caverns in Grundy County, Tennessee.”

Three-Day & Single-Day Tickets go on sale on Friday, November 22 at 11 am CT at TheCaverns.com 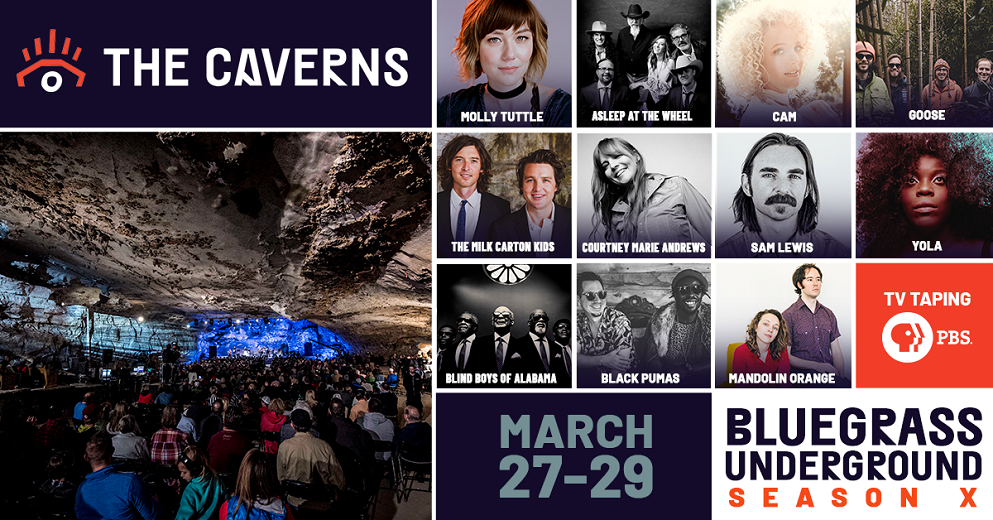 ● Molly Tuttle: An artist on the leading edge of bluegrass music, steeped in tradition while driving the genre forward in today’s musical landscape.

● Goose: This New England band’s mix of rock, funk, tropical grooves and extended jams will turn The Caverns into a subterranean dance party.

● Cam: From a GRAMMY nomination to headlining the Ryman Auditorium, this multi-platinum country singer-songwriter is a force to be reckoned with.

● Asleep at the Wheel: Ray Benson has now been leading a Western Swing band longer than Bob Wills, and he brings his iconic group to The Caverns for their 50th Anniversary Tour. Historic.

● Sam Lewis: Best-known for touring and collaborating with Chris Stapleton (who helped inaugurate Bluegrass Underground in 2008), this singer-songwriter is one of the defining talents of modern Americana.

● TBA: Bluegrass Underground will be announcing the day’s fourth artist in coming weeks. Who doesn’t love a surprise?

● Blind Boys of Alabama: A rousing Sunday in The Caverns with the five-time GRAMMY Award-winning gospel group that helped create the genre.

● Yola: Demolishing genre with her evocative voice and debut record Walk Through Fire, Yola establishes herself as the Queen of Country Soul from the very first note.

● Mandolin Orange: Intimate and emotional, the music of multi-instrumental duo Emily Frantz and songwriter Andrew Marlin draws you into their world with a sound that floats like a butterfly, but speaks to the heart.

While the national festival season remains in hibernation, Bluegrass Underground and The Caverns will welcome spring to the rolling hills of Tennessee with its unique, world-renowned combination of top artists, award-winning sound and lighting production, and breathtaking natural beauty, creating an underground festival experience like none other. Bluegrass Underground events feature a clean and comfortable, fan-friendly environment, complete with high-quality concessions and beverage offerings, including craft beers.

Tickets & travel packages and Stay-and-Cave hotel packages make for a perfect and easy getaway weekend. Packages include the best seats to all tapings, lodging accommodations for two, transportation to and from the venue, food, and commemorative merchandise. There is no better way to experience the Bluegrass Underground tapings than a Stay-and-Cave package. Packages and tickets will go on sale on Friday, November 22nd at 11am central at TheCaverns.com

Bluegrass Underground is underwritten on PBS by Tennessee Tourism and by Grundy County, Tennessee. The 12-episode series is presented to PBS nationally in partnership with WCTE in Cookeville, Tennessee, which serves the Upper Cumberland and Middle Tennessee.