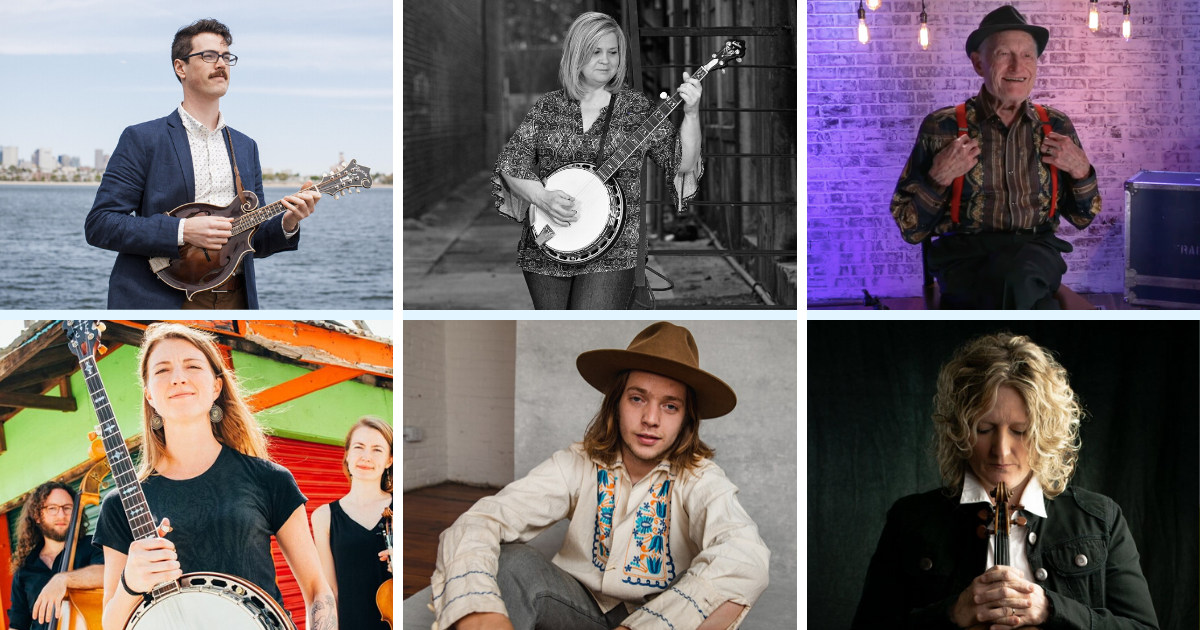 We debuted Tunesday Tuesday in January 2018 for a pretty simple reason. Roots music has a world-class stable of talented pickers, and unlike other more commercial genres, that talent is something of a prerequisite. Whether blues or bluegrass or country or folk, there’s something about American roots music that goes hand in hand with virtuosic playing ability. It’s one of the main reasons BGS loves string band music.

The 20 tunes that advanced to this year’s second-round IBMA ballot in the Instrumental Recording of the Year category showcase a wide range of the talent that draws us to instrumentals, so why not go through a half-dozen of our favorites? Some of these folks have been featured in their own Tunesday Tuesday before, some are newcomers, but two things unite all of them: You’ll be tapping a toe and looking up whether your IBMA membership has lapsed or not after listening to any of the following instrumentals.

An outlier in this category for more than one reason, mandolinist David Benedict’s “Bish Bash Bosh” is a breath of fresh air thanks to its tender intro, its languid tempo, and the musical wiggle room afforded to the track by each. Fiddler Mike Barnett and IBMA Award-winning veterans Missy Raines (bass) and David Grier (guitar) are each sensitive, empathetic sounding boards for Benedict’s themes, unspooling and embellishing them expertly. More tender-yet-gritty instrumentals in this category going forward, please!

Can’t get much more bluegrass than a tune like “Big Country” and Gena Britt’s right hand! The Sister Sadie banjo player’s solo album, Chronicle: Friends and Music, showcases not only her spotlessly crisp, bread-and-butter approach to Scruggs-style banjo, but her singing voice and her sparkly group of musical friends, too. It’s refreshing to hear banjo playing that’s truly unconcerned with ego, while remaining happily in a pretty much traditional lane. If it ain’t broke, after all…

“Princess and the Pea” – The Gina Furtado Project

Two incredible, banjo-playing Ginas/Genas back to back! Gina Furtado’s debut record with her band, the Gina Furtado Project, features this delightfully medieval, fairy tale tune with a more-joyful-than-most minor-key motif. Furtado reminds all of us that her playing contains many more influences than we often assume, with subtle call backs to Tony Rice and John Carlini-tinged eras in bluegrass’s new acoustic circles. Even the tune’s production guides listeners’ ears in this direction. It’s another excellent sonic “ear break” on the ballot.

A Bluegrass Hall of Fame inductee and the oldest living member of the Grand Ole Opry, Jesse McReynolds epitomizes what it means to be a bluegrass legend and forebear — and he’s still picking. On a recording with umpteen-time IBMA Award-winning fiddler Michael Cleveland, McReynolds shows his audience exactly why he deserves every accolade he’s received and more. Given his age (McReynolds will turn 91 this year) and inevitable decline in mobility and dexterity, you’d expect a gracious caveat herein to allow for the recordings “warts” and “raw moments,” but damn if his playing isn’t as clean as ever! An award-winning, award-deserving mandolinist, no doubt.

“Chickens in the House” – Deanie Richardson

That fiddler, educator, and multi-instrumentalist Deanie Richardson does not have an IBMA Award unto herself yet is a true injustice. Also a member of Sister Sadie with Gena Britt, Richardson has been a lifelong presence in bluegrass and fiddle contest scenes around the US, and has toured with Vince Gill, Patty Loveless, Bob Seger, and been house fiddler on the Grand Ole Opry. “Chickens in the House” features some timeless fiddling chicken imitations, as well as a languid backstep feel that clicks up a few BPM as the band goes, so watch your feet should they get to shufflin’ without your say-so.

Until snagging his first proper IBMA Awards just last year for Best New Artist and Guitar Player of the Year, flatpicking phenomenon Billy Strings has gone generally underappreciated by voting members. His crowds, his shows, and his fans are extraordinary in bluegrass, jamgrass, and similar communities – the roots music sphere continues to watch his ascent with something like a slack jaw. Though it’s unlikely he’ll dominate this year’s IBMA Awards, this trance, solo acoustic guitar track, “Guitar Peace,” which features a calming, buzzing drone and plenty of Strings’ trademark six-string acrobatics, deserves the nod.