Interviewed by His Daughter, Mac McAnally Recounts a ‘Lifetime’ in Music 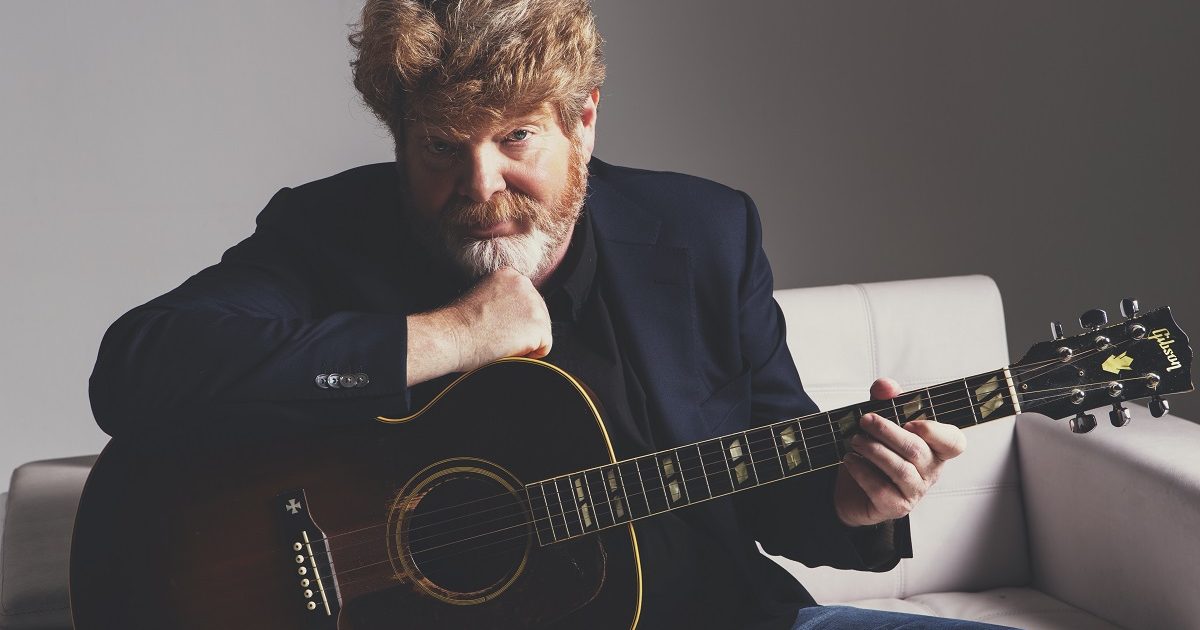 Mac McAnally is a highly-decorated and prolific multi-instrumentalist, producer, songwriter, and artist. He tours with Jimmy Buffett’s Coral Reefer Band, plays on countless sessions in Nashville and Muscle Shoals, and produces a number of independent artists, too. But more important to me, he’s my dad. And he’s a great one. On the occasion of the release of his new album, Once in a Lifetime, we discuss guitars, bluegrass, moments of social change, why he covered a Beatles song, and the process of making this record amidst a pandemic. And though I get to talk to him most days of my life, it is heartening to hear him put a fine point on his eternal optimism.

BGS: Growing up, music was constant in the house and one of the most pervasive cover songs you played was “Norwegian Wood.” What do you think it is about that song that sticks in your craw and drew you to record it?

Mac McAnally: As you know, I’ve always loved that song. In the very first line, from a lyric standpoint, “I once had a girl/Or should I say/She once had me,” you can tell any story in the world after that. That is something that I subconsciously try to do and have since the beginning.

Specifically, why I recorded it is because I bought an octave mandolin about four years ago. I did a show with Sarah Jarosz and she had one and let me play it and I thought, “I am going to have to get me one of these.” I always feel like I have to do something to justify the purchase so I play it on as many sessions as I can to try to amortize the cost, but I also came up with this new way to play it that is kind of a cool arrangement that I’ve never heard. I don’t in any way challenge the Beatles version and don’t mean any disrespect; I’m trying to find ways to justify the guilt of buying an octave mandolin.

On almost every record that you’ve made there’s a nod to bluegrass, like “Brand New Broken Heart” on this record. Who are some of your biggest bluegrass influences?

I have to preface this by saying I am a bluegrass fan, I am not a bluegrass player. Anything that I might be doing would just be trying to pay homage to what the greats can do. I’ve gotten to play with some of them, which I count high among the blessings of my life. When I wrote “Brand New Broken Heart,” I envisioned I would someday pitch it to Ricky Skaggs or Dailey & Vincent. I recorded it because I was a lazy song plugger who never pitched it to anybody.

Doc Watson was one of mine and my dad’s heroes. He was sort of my intro to real bluegrass. And all the way through my life, Emmylou Harris. We played her songs in bands when I was a teenager. Bryan Sutton is just frighteningly good. I can’t even fathom what he is doing, let alone try to do it myself. He inspires me to go get a pick out and play differently than I play because I love so much of what he does. And I’m crazy about I’m With Her.

What brought about recording “Changing Channels” for this record?

I have always loved that song. It is the second song that Jimmy (Buffett) and I wrote together. We wrote it in one my favorite places I have ever been. He had a spot down in Thomasville, Georgia, with a big porch. As you know I’m a porch guy. We sat out on the porch and wrote that song. He did a great version of it on Off the See the Lizard and I honestly never imagined myself cutting it but I love to play it. It has worked its way into my shows over the last ten years and his fan base will come up after and ask which one of my records the song is on. They had cash out trying to buy it and I don’t have it. You know better than anybody how terrible of a businessman I am, but eventually enough people tried to buy a version of it that I listened.

You have collected a lot of guitars, and in various ways: some saved from landfills, some gifted, some cast for you by friends and colleagues. How do you pick which guitars make your records?

It is certainly not an exact science but sometimes it is the guitar that the song came out of. The main thing that has always made me select guitars is if I think they have songs in them. I would happen to be holding them and a couple of my stories got mashed with them. In more cases than not, if I wrote a song on a guitar, that’s the one I’ll record. You end up learning over the years. In the same way when you are photographing someone, you learn what the best side of their face is. … A Gibson with dead strings is an awesome rock ‘n’ roll rhythm guitar. A Martin with new strings is an awesome fingerpicking guitar.

We are in a moment of social change. Music has the power to both inspire and record change. You moved to the Shoals in the ‘70s. Thinking back on those early days in the studio, what was it like in those moments?

Playing music in Muscle Shoals was extremely encouraging from the standpoint of equality. They didn’t really think of it in terms of race. Music transcended that. And I love that. And I still love that. I’m standing in Muscle Shoals right now proud to be part of that. You can be encouraged on some levels and discouraged on some levels and I am both of those things. I haven’t in my life ever thought that I was better or worse than anybody else and I look forward to that being a more prevalent vantage point for everyone.

I want to challenge you on that a bit. One of your dear friends and longtime collaborators, Ralph MacDonald, told you that he never felt comfortable coming to Muscle Shoals and we’ve heard from more folks that it wasn’t an inviting place to come collaborate, so a lot of those musicians opted for Detroit or Miami. With that added perspective, does it make you feel differently about the time?

Absolutely, it makes me more aware of the context. As I said, Muscle Shoals would have been advanced in terms of racial relations in the music community in the South. As I look back now, I realize that doesn’t mean it was great. It was just better relative to the surroundings.

Ralph and I, we were like brothers. He told me he would’ve been scared to death of a big red-headed dude from Mississippi. And he was a Black man from Harlem. I could not have imagined that we would connect on as many levels as we did. We both had misconceptions that got better. He was one of my heroes. He was one of the best percussionists that ever played. And I loved him. It is hard to get into racial discussions without stirring stuff up. But we made each other better. Music is one of the best ways to bridge across preconceptions. I think it’ll play a big part of getting us the rest of the way home. ‘Cause we ain’t there yet.

Stirring stuff up is the way we make progress.

That’s true and they are not easy discussions. I don’t think of myself as someone with prejudices, but when I think back, some of the things I laughed at growing up as a kid in Mississippi I’m embarrassed of. And I was mainly laughing because everyone around me was laughing, but when I think of what it was we were laughing at, it is embarrassing. I don’t really want to talk about it, I just want to be a better person, because I know it was wrong. But you are right. Talking about it is better. Air it out.

What does it feel like to release an album in a pandemic?

Well, not speaking ill of either thing, but I hope it is a one-time thing. I hope I never have to try to beat a pandemic album with a second pandemic album. My records are normally made in what I call “the cracks of time.” I make them in the cracks of my schedule because I work full-time as a Coral Reefer, a fair amount of time as a session musician for other people, writing songs for other people and producing other folks. But because of the circumstance of this record, it is really special to me because I got to sit and think about what I felt was important and what was not. I wouldn’t wish a pandemic on the world just to get extra time to make my record. I think maybe next time I’ll just take the time on my own.

Even in your darkest lyrics, there is a balance that shows your shining optimism. We are surrounded by a heavy dose of dark right now. Are you feeling optimistic?

Absolutely. I absolutely am. I wish we weren’t where we are right now and that everyone could see that it is better to find a way to coexist than it is to hate one another. I’m not someone who has any room for hate. As you recall, I don’t even like the word. I’ve probably pestered you about it for your entire life. Actual hate hurts me. We’ve been celebrating the life of John Lewis the last few weeks and John is a great example of figuring out a way to make it better by not hating the people who hated him. I think things are going to get better and I intend to try to help.

Erin McAnally is a regular contributor to The Bluegrass Situation