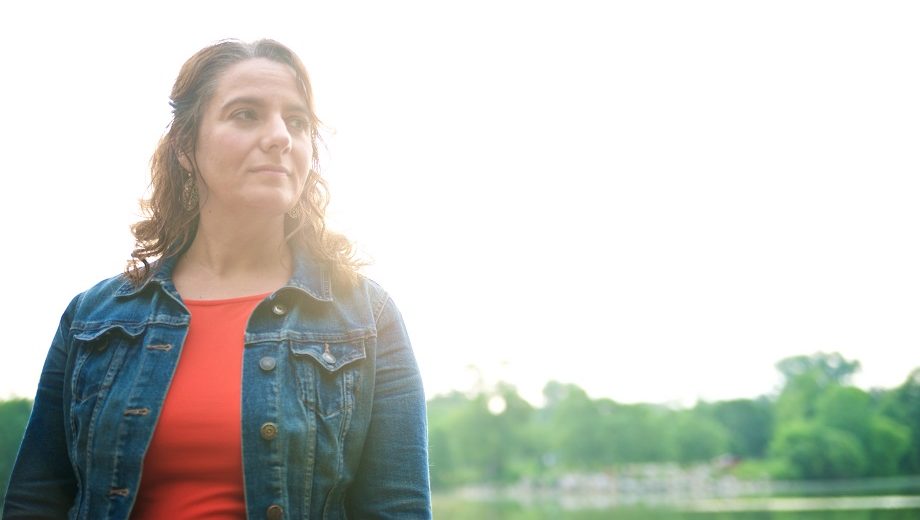 Long before I picked up a banjo and started writing songs, I was a fan — an awkward teenage girl that stayed at home on Friday nights so I could listen to WKSU’s Profiles in Folk show. I found solace in the singer-songwriters that shared their heartfelt stories of hope and heartbreak. I most identified with the women artists like Dar Williams and Shawn Colvin, who spoke to me in every stage of life and became a key part of my road trip mixes and my playlists as I hosted my first college radio show more than 21 years ago.

I still host a radio show to this day — Womenfolk, highlighting the best in women’s folk/acoustic music on KFAI 90.3 FM Minneapolis. I’ve gotten to interview some of my biggest sheroes, including Joan Baez, Indigo Girls, and of course Dar and Shawn. It is the best way for me to stay connected to the next generation of songwriters, find new inspiration and introduce today’s awkward teens to female voices that speak to being yourself, finding love and embracing the hope that exists even in the darkest of times. I created this particular mix of mostly new songs to help me through pregnancy, reminding myself to be ferociously authentic and kind, no matter what life hurls at us. — Mother Banjo

Our Native Daughters – “Black Myself”

One of my favorite albums of 2019, Songs of Our Native Daughters features four African American banjo-playing singers (many of whom have been staples of my radio show), including Rhiannon Giddens, Allison Russell, Leyla McCalla and Amythyst Kiah. Like this opening track, the whole album speaks to standing tall no matter what.

I have known Vicky Emerson a long time and have had the privilege of playing shows around the country with her, including a double release show we did this year in Minneapolis. Taking the production reigns, Vicky has released her most fully realized album to date with songs like this that speak to these times and showcase amazing voices, including Kari Arnett, Annie Fitzgerald and Sarah Morris.

Lena Elizabeth – “Get It Right”

One of my favorite young talents to come out of the Twin Cities music scene, Lena Elizabeth just put out her first full-length album featuring this title track. She’s embarking on her first tour this year so catch her if you can.

Minneapolis fiddler Jillian Rae has played with many notable acoustic bands including The Okee Dokee Brothers, Brass Kings and Corpse Reviver. But around these parts, she’s probably better known for her own songwriting project that mixes Americana, rock and pop. This song is from her more acoustic EP, Wanderlust.

Dave Carter and Tracy Grammer were hugely influential on my songwriting. (I even covered the tune “Anyway I Do” on my gospel record.) When Tracy released her first EP after Dave’s death, I was blown away and eagerly awaited her next solo project. Fourteen years later, we were finally blessed with Low Tide, featuring this awesome non-radio friendly tune.

I’ve known Heather Styka for years, but I’ll never forget when I first heard her sing this at a late-night showcase at Folk Alliance International Conference. I cried as everyone joined her in this cathartic anthem. If you haven’t already, check out her new album North–this song won’t be the only that will make you cry.

Originally from Iowa, this dynamic string duo can do anything they set their mind to–re-interpreting pop songs, putting their own spin on traditional tunes and writing timeless pieces like this. The OK Factor’s new EP is a collection of love songs and lullabies.

The Lowland Lakers – “Time to Move Along”

Haley Rydell’s voice never ceases to move me, nor her deceptively simple songwriting. Although The Lowland Lakers are currently on hiatus while songwriting partner Nate Case is studying in Germany, Haley continues to play music solo and with the band Buffalo Gospel.

I’m With Her is a folk supergroup needs no introduction. From my first listening, this song was one of my favorites as it hearkens to the best old folk songs–telling a personal story in the context of a changing country. This tune just feels timeless.

One of my all-time favorite singers, Amy Helm put on one of my favorite shows of the past year at the Dakota Jazz Club, blowing me away with this Milk Cartons Kids cover. This studio version from her new album features some amazing harmonies by Allison Russell (Our Native Daughters, Birds of Chicago) and Russell’s partner JT Nero.

Sarah Morris does the impossible, writing songs about being kind without being saccharine or condescending. I love everything about this track–the message, the melody, her singing and her amazing band that bring this song to life.

Quite simply, Mavis Staples is my favorite–as a singer, an activist and a relatable human that brings joy to all who get to experience her music. Although she is 79, this latest studio album proves her best days are not behind her. Thank God.

Mother Banjo – “Will Your House Be Blessed?”

Written by British songwriter and crime novelist John B. Spencer, this song is one I learned from Rani Arbo & Daisy Mayhem. It has become a favorite of the Mother Banjo Band and a staple of our live shows. It feels even more relevant now in our political climate and has become such a personal anthem for me, I couldn’t imagine not putting it on my new album, Eyes on the Sky.