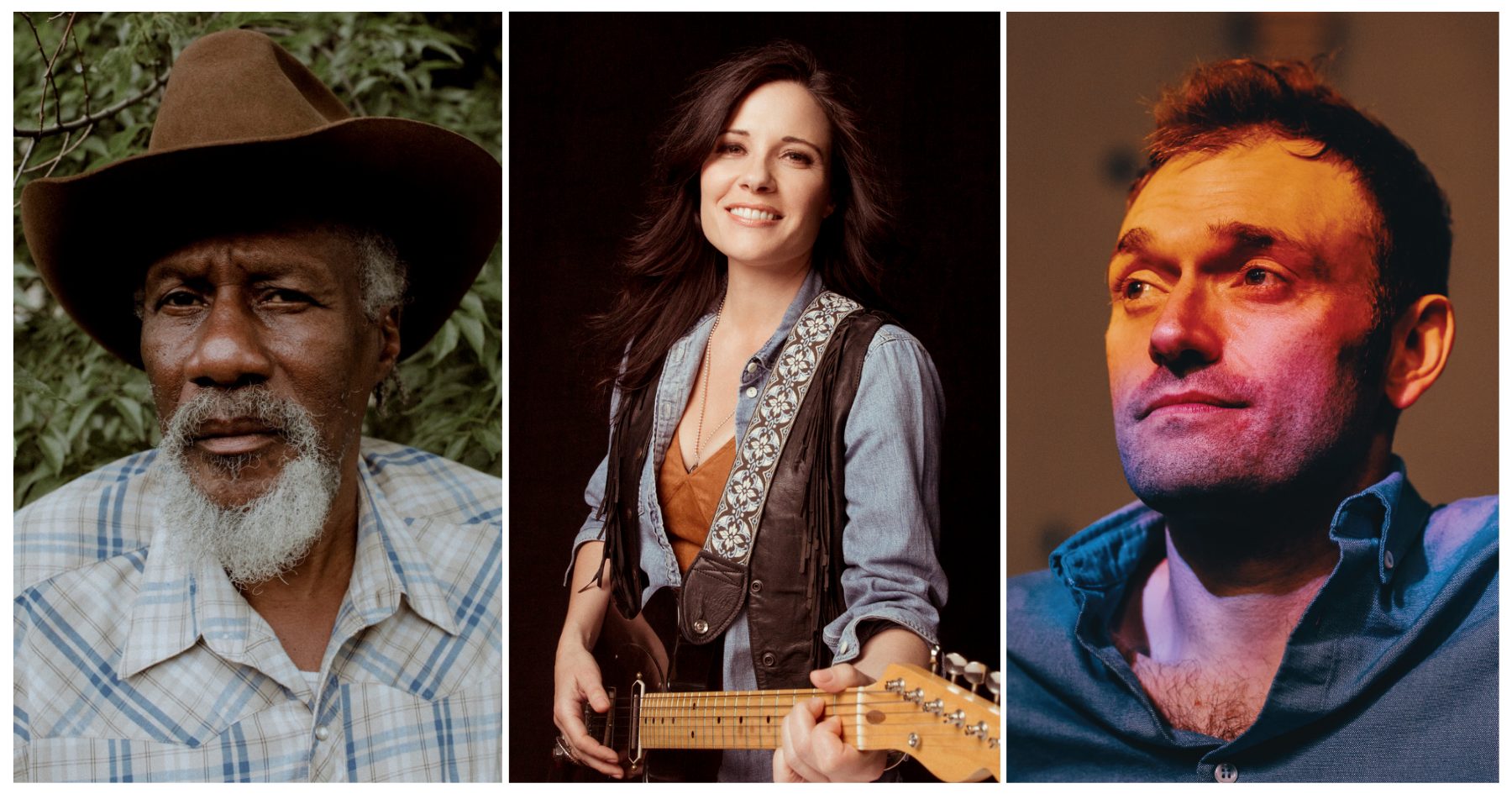 Welcome to the BGS Radio Hour! Since 2017, this weekly radio show and podcast has been a recap of all the great music, new and old, featured on the digital pages of BGS. This week, we bring you new music from our June Artist of the Month, Chris Thile, as well as Robert Finley, Oliver Wood, and much more! Remember to check back every week for a new episode of the BGS Radio Hour.

Singer-songwriter Robert Finley first picked up a guitar at age 11. He was raised in Jim Crow-era Louisiana amongst a family of sharecroppers and knew from a young age that his dream was to sing. Now, at sixty-seven-years-old, that dream is alive and well with his newly-released, third solo album, Sharecropper’s Son, made in collaboration with Dan Auerbach of The Black Keys. BGS recently caught up with Finley to talk about the new album, and how his upbringing and vast life experiences have shaped his music.

For David Swick of DoomFolk StarterKit, recording any of Gillian Welch’s work is an honor. His cover of “Look at Miss Ohio” has a balance of lightness and melancholy in its’ arrangement, which Swick says represents the song’s theme of “making peace with uncertainty.”

Zach Person was inspired to write “Wanna Fly” after reflecting upon the social and political intensity of 2020. He cites “Dylan-esque” protest songs and the openness of the western plains as the two main influences of this powerful track.

“Call Me Up,” from Lula Wiles’ new album, Shame and Sedition, is a lighter track amongst an album that aims to transform listeners and enact change. Between tender harmonies and mellow piano chords, the trio describes meeting with an old acquaintance, singing, “I know you’ve been taking it rough / You gotta just call me up.”

BGS spoke with Oliver Wood of The Wood Brothers for a 5+5 in support of his new solo record, Always Smilin’. He told us about his biggest influences — from Ray Charles to Levon Helm — as well as how hard times can be processed through songwriting. When asked to write a mission statement for his career, he stated: “Just be completely yourself, because that’s all you have, and that’s enough.”

Dana Sipos’ “Breathing Barrel” is a meditation of being at peace with the present moment. Written immediately upon returning home to the city from a music residency at the Banff Centre for the Arts, deep in the foothills of the Canadian Rockies, this song is an attempt to integrate a very powerful experience into the more mundane, everyday life.

Shannon McNally reimagines Waylon Jennings’ “This Time” by giving the lyrics a personal spin — singing not about a lover, but instead about her relationship with the music business as an artist and as a woman. For McNally, the song’s directness is a breath of fresh air, and it helped her get into the headspace that permitted her to sing the rest of the album.

The name Chris Thile is likely familiar to fans in any corner of roots music. Growing up in southern California, Thile rose to popularity with his childhood (and sometimes still adult) band Nickel Creek, and has since helped form the Punch Brothers, the Goat Rodeo Sessions, and other noteworthy collaborations. However, this summer Thile brings something special — a completely solo album entitled Laysongs. In celebration, he is our Artist of the Month, so be sure to stick around all month long for exclusive content from Chris Thile.

Mara Connor recorded “Old Man” at the same age Neil Young was when he wrote it about a caretaker who lived on his ranch. When she first heard the track, she was struck by the amount of empathy the songwriter exhibited at such a young age. Connor states that the song is an affirmation of how the world would be a better place if we took the time to see the humanity in each other’s eyes.

2020 was a difficult year for us all, and it seems that we need uplifting music more now than ever before. “Thankful” is just that. The lyrics are a powerful reminder of the things we have to be grateful for and of the important things in life.

Inspired by their recent release and the blooming of spring, Rising Appalachia’s Leah Song created a Mixtape for BGS, entitled Rising Appalachia’s Love Songs for Blooming Spring. The playlist features heartbreakers and heart-menders from John Prine to Hozier that are sure to make your heart bloom.

Eli Lev’s “As It Is” began to develop halfway through a 10-day meditation retreat he went on near the Florida coast at the beginning of the year. He states, “I experienced silent sunrises over the ocean and brilliant sunsets over the bay that brought on infinite color variations and led me to a unique insight that everything is changing while staying exactly ‘as it is’ in every moment.”

Kyle LaLone – “Learning How to Love”

Featuring the sweet sounds of classic country twang and harmonies by singer-songwriter Michaela Anne, Kyle Lalone’s “Learning How to Love” is a song that details the process of understanding how to be a good partner and showing up for someone in a relationship.