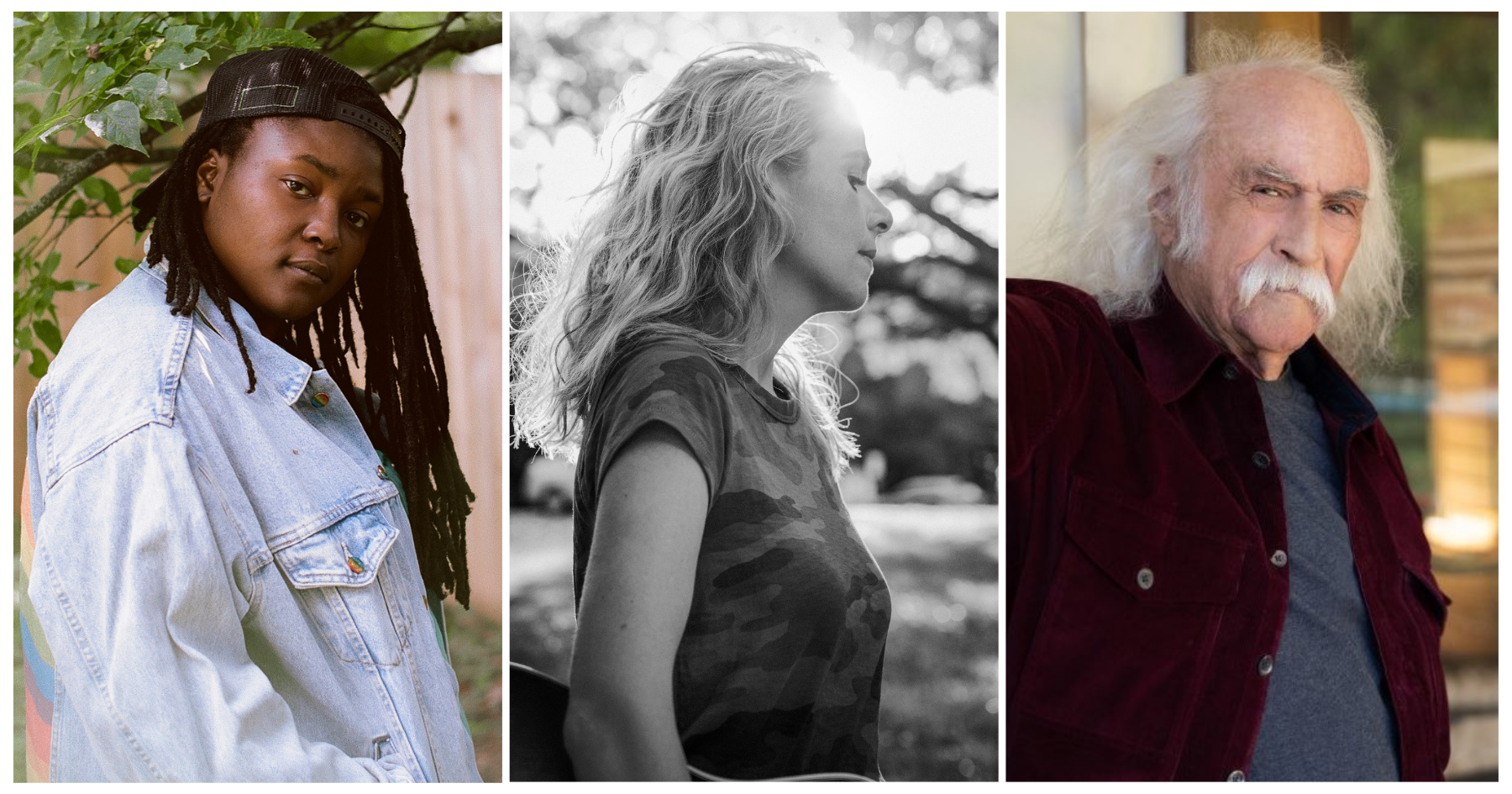 Welcome to the BGS Radio Hour! Since 2017, this weekly radio show and podcast has been a recap of all the great music, new and old, featured on the digital pages of BGS. This week, David Crosby and Sarah Jarosz join up for a Joni Mitchell number, husband-and-wife duo Darin and Brooke Aldridge bring us some beautiful bluegrass harmonies, LA’s own Los Lobos share their rendition of a favorite Jackson Browne tune, and much more.

The Wallflowers – “Maybe Your Heart’s Not In It Anymore”

25 years after their breakout hit and almost a decade after their most recent release, The Wallflowers are back with a new album, Exit Wounds. In our interview with Jakob Dylan we talk about the project, singing with Shelby Lynne, the documentary Dylan executive produced, Echo in the Canyon, and more.

We spoke with Ric Robertson about playing a popcorn kernel in a musical as a kid, his kite surfing aspirations, his new album Carolina Child, and more in a recent edition of 5+5.

Amy Ray of The Indigo Girls finds herself often haunted by the song of the nocturnal songbird, the Chuck-will’s-widow: “I find that I witness the most profound moments in the midst of their songs, when everyone else is asleep. While I am often in need of rest, the respite I find in being awake under a miraculous and melodic night sky is too tempting for me to sleep. It’s a conundrum that inspires me, but also leaves me bleary-eyed.”

Darin and Brooke Aldridge – “Once In A While”

Bluegrass husband-and-wife duo Darin & Brooke Aldridge hope that every aspect of their music makes you smile — even more than “Once in a While!”

Folk singer-songwriter Matt The Electrician will return with a new album called We Imagined an Ending in November. A new track, “Home Again,” takes inspiration from the point of view of his teenage daughter. “The conundrum of parenthood, that as you finally start to figure some things out, and try to pass along some of that hard won wisdom, you’re greeted with your own teenage face staring balefully back at you.”

Says Chris Coleslaw of Tobacco City’s latest single, “The character in the song is trapped between working in a brewery and staring at beers all day and trying to walk a sober line. I think regardless of your sobriety status we can all relate to those kind of blues.”

Jesse Daniel – “Clayton Was A Cowboy”

Jesse Daniel spoke with us about his new album, Beyond These Walls, about growing up catching crawdads and fishing, the chills-inducing feeling when a crowd sings along with his lyrics, and more in a recent 5+5.

Joy Oladokun is able to do more with just an acoustic guitar and her voice than many artists can in an entire discography of work. And going from Arizona to L.A. then across country to Nashville with a new outlook and perspective, her music stands on a plane with a unique vantage point.

A new video for Luke LeBlanc’s co-written tune with Roy August, “Same Blues,” attempts to capture what the song is about: the tug of war between the status quo and what you’re currently doing versus that thing you really want to do.

“Silent Lonely Drifter” is an original folk melody reminiscent of timeless Appalachian string band music. Each verse references a different full moon, speaking to the natural balance that exists in the universe.

Los Lobos – “Jamaica Say You Will”

The Jackson Browne tune “Jamaica Say You Will” always resonated for the fellas of Los Lobos and the narrative and storytelling were attractive, too. So, they recorded their own rendition of the track on their latest project, Native Sons.

New music from Aoife O’Donovan is here and we’re loving it! Hear tracks created with Joe Henry and the Milk Carton Kids — one inspired by the modern classic re-telling of Peter Pan, the movie Hook.

Depreciated, the new Rounder Records release from singer-songwriter John R. Miller, combines many of his string band and bluegrass influences with a satisfyingly melancholy and dark mood — plus plenty of fiddle.

Legendary singer, guitar picker, and songwriter David Crosby keeps his love for collaboration alive on his new album, For Free, which features guests and co-writers such as Sarah Jarosz, Michael McDonald, his son James Raymond, and more.