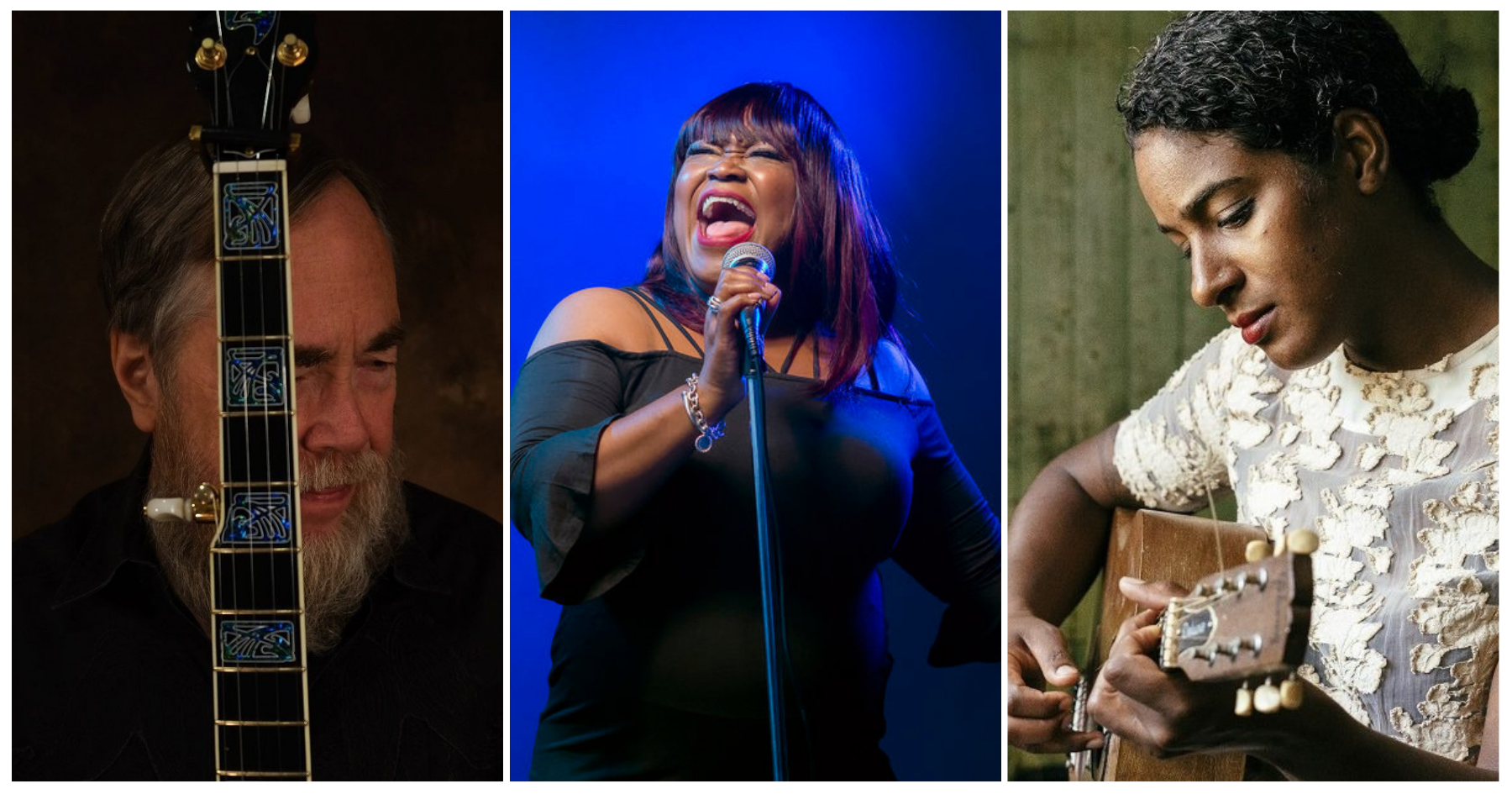 Highly awarded modern blues artist — and our current Artist of the Month — Shemekia Copeland brings us a new release, Uncivil War, offering us a number of topical songs with perspectives on gun violence, LGBTQ+ rights, and more.

Colorado-based StillHouse Junkies bring us a classic murder ballad inside an ode to the American West.

Recent 5+5 guest Marc Scibilia brings us a song from his new release, Seed of Joy.

Leyla McCalla (who you may know from folk supergroup Our Native Daughters) brings us a song from her new Smithsonian Folkways re-release, Vari-Colored Songs: a Tribute to Langston Hughes.

My Darling Clementine – “I Lost You”

UK-based duo My Darling Clementine brings us a new interpretation of an Elvis Costello/Jim Lauderdale co-write.

The Caleb Daugherty Band pays tribute to Aubrey Holt of the acclaimed Boys From Indiana with a cover of “Daylight’s Burning.”

Madison Cunningham – “The Age Of Worry”

Madison Cunningham is back on BGS with a brand new EP, Wednesday, an interpretation of a handful of cover songs chosen by the California-based singer, songwriter, and guitarist.

“Clawhammerist” Adam Hurt was a recent feature on Tunesday Tuesday with a solo gourd banjo rendition of “The Scolding Wife.”

Everyone’s favorite roots music brothers — that is, the Avett Brothers — are back with The Third Gleam, a follow up to the first and second Gleam EPs. Much like their earlier sounds, the new record is stripped down, with timely discussions of gun violence, mortality, and the human condition. Check out our conversation with Scott, Seth, and Bob Crawford.

Denver-based singer-songwriter Jeff Cramer brings us an edition of The Shed Sessions along with his band the Wooden Sound, and a wonderful tribute to the late, great John Prine.

Max Gomez – “He Was a Friend of Mine”

Pop string band Mipso is just one of so many great North Carolina groups that we’re proud to feature this month in our Made in NC playlist for #NCMusicMonth!

Julian Taylor was the guest of honor on our most recent episode of Shout & Shine, a series that serves as a platform for Black, Brown, Indigenous, Asian, LGBTQ+, and disabled musicians, who are so often marginalized in genres to which they’ve constantly contributed.

Tony Trischka – “Carry Me Over The Sea”

Quintessential banjo legend Tony Trischka was featured this week with a new single from his 2021 release, Shall We Hope, that also features Irish singer Maura O’Connell.

Susan Werner – “To Be There”

Like many, Susan Werner is currently hoping for better times. And better times is what this Carter Family-inspired number is all about.