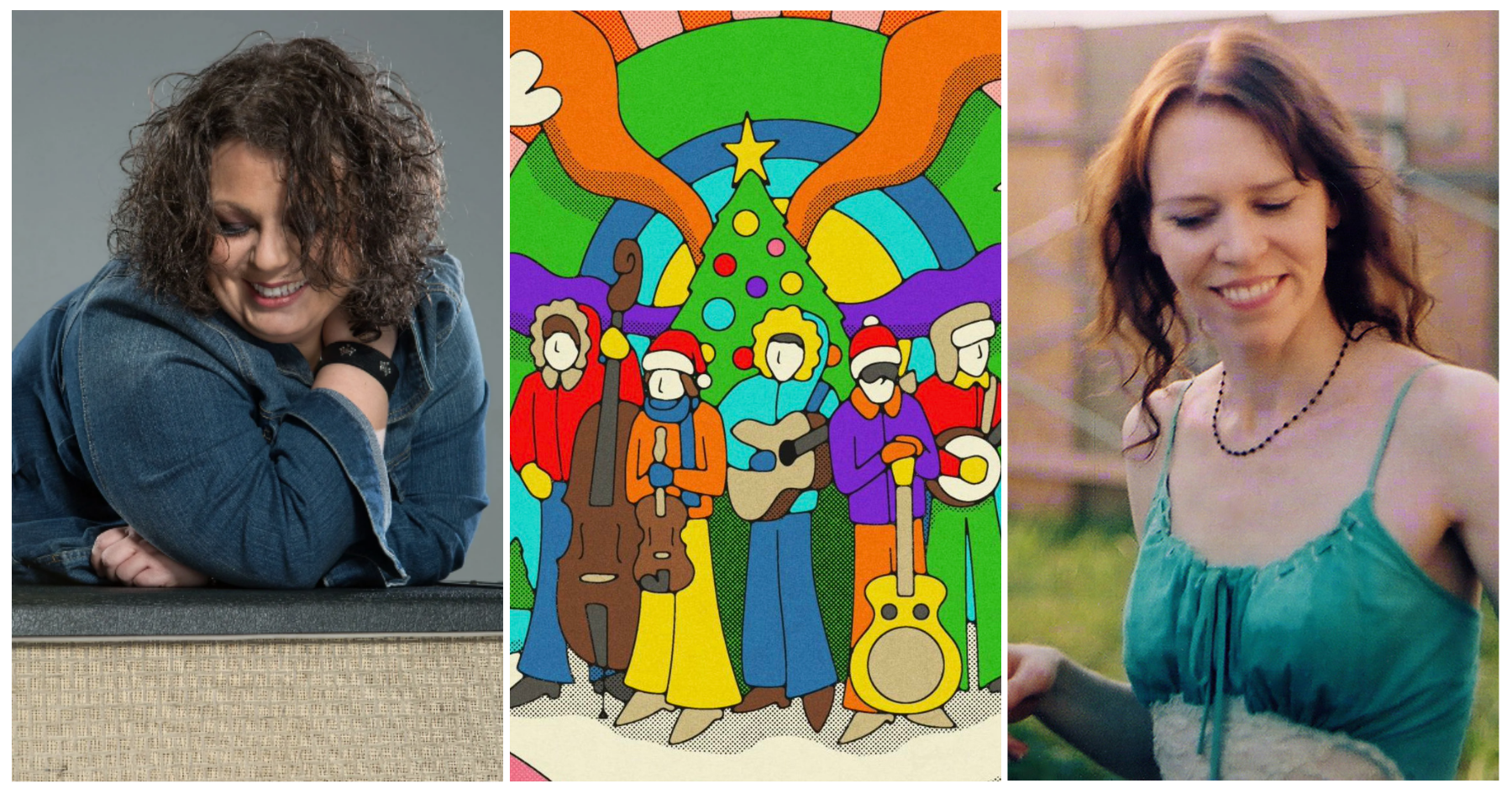 We are so excited to bring to you the BGS Radio Hour podcast. Since 2017 the BGS Radio Hour has been a recap of the wonderful music, new and old, that we’ve covered here on BGS throughout the week, broadcast over the airwaves in Murfreesboro, TN, southern California, and around the country. Now you can check back in every Monday for the Radio Hour in podcast form!

This North Carolina-based band, who just released their sophomore album Tribulation, is a supergroup of sorts – with members having formerly played with David Grisman, Mountain Heart, and Josh Turner. “Goin’ to Bring Her Back” is a recent release, in the Road Show’s own style of classic bluegrass.

Canadian songwriter Ian Foster first wrote this song when the famous Voyager 1 spacecraft passed into interstellar space, AKA, “the space between the stars.” A monumental moment for all humanity, it inspired this song — which is about faith in ourselves, science, and who we are.

Always a festival favorite, Scythian has a deep connection with their fans: deep enough to have taken over 600 of them along to Ireland on tours over the last seven years. The Virginia-based group brought us a song about those magical nights in Galway City.

Frank Solivan – “Have Yourself a Merry Little Christmas”

Throughout this holiday season in particular, it’s important to remember those traditions which unite us. Though many holiday reunions may hot happen this year, Frank Solivan brings us this warm reminder of how we’ll “muddle through” for BGS Wraps.

Tina Adair – “Eighteen Wheels and a Dozen Roses”
Tina Adair, lead singer of the powerhouse group Sister Sadie, delivers to us her take on an ’80s classic, originally recorded by Kathy Mattea. Adair and the rest of her bandmates in Sister Sadie are our Artist of the Month this December!

The story we didn’t know we needed. From her new album Are You Gone?, Sarah Harmer brings us a song crafted from summer memories and small pleasures. The video, however, gives us a glimpse into the day in the life of a “little frog.”

Colorado banjo guru Andy Thorn first recorded this tune with the Colorado Playboys (Travis Book, Jon Stickley, and John Frazier.) Over a decade later, the composition once again is given life in a collaboration with pianist Eric Deutsch recorded in vibrant Mexico City.

The Steel Wheels – “The Healer”

Virginia’s The Steel Wheels were recent 5+5 guests — that’s 5 questions, 5 songs. We chatted with the band about their inspirations, cherished memories of being on stage, and dream musician-meal pairings. This week on the Radio Hour, they brought us a song from their new album, Everyone a Song, Vol. 1.

By way of Katie Oates, this week we honor 29-year-old Ella May Wiggins, a songwriter and textile worker who was shot and killed in an infamous workers’ strike of 1929. This song, written by Si Kahn and from the album We Go On: Si Kahn’s Songs of Hope in Hard Times, reminds us of the ongoing struggle for better lives and justice, for all people.

Songwriter and folkster Jesse Colin Young (of the Youngbloods) brought us a return to his roots with his new record Highway Troubadour. The South Carolina-based artist revisits decades of his musical material while exploring a new launch into solo performance.

Ron Pope – “Christmas Where I Come From”

It’s no doubt that we’re all missing people this holiday season and Ron Pope is no exception. While there will be few big family Christmases this year, we can still sit around and sing our favorite Christmas songs, which is exactly what inspired this new release from Pope.

Beloved Gillian Welch and her partner David Rawlings were among the many affected by the Nashville tornados in March 2020. After saving a collection of demo recordings which were scattered amongst the wreckage, Welch has so graciously invited the rest of the world in to hear these 48 unreleased songs. On this episode of the BGS Radio Hour, we bring you “Rambling Blade.”

Like we said: Sister Sadie is a powerhouse – no ifs, ands, or buts about it. The all-female, hard-driving bluegrass band racked up multiple awards at this year’s IBMA Awards, including the highest honor: Entertainer of the Year. The group is our December Artist of the Month, so check back for tidbits all month long, as we have plenty to feature on Sister Sadie!

The Infamous Stringdusters – “Joy to the World”

One thing that bluegrass bands haven’t been slack on this year is Christmas songs. No exception, the Infamous Stringdusters bring us this classic, done Dusters-style of course, from their new album Deck the Halls.