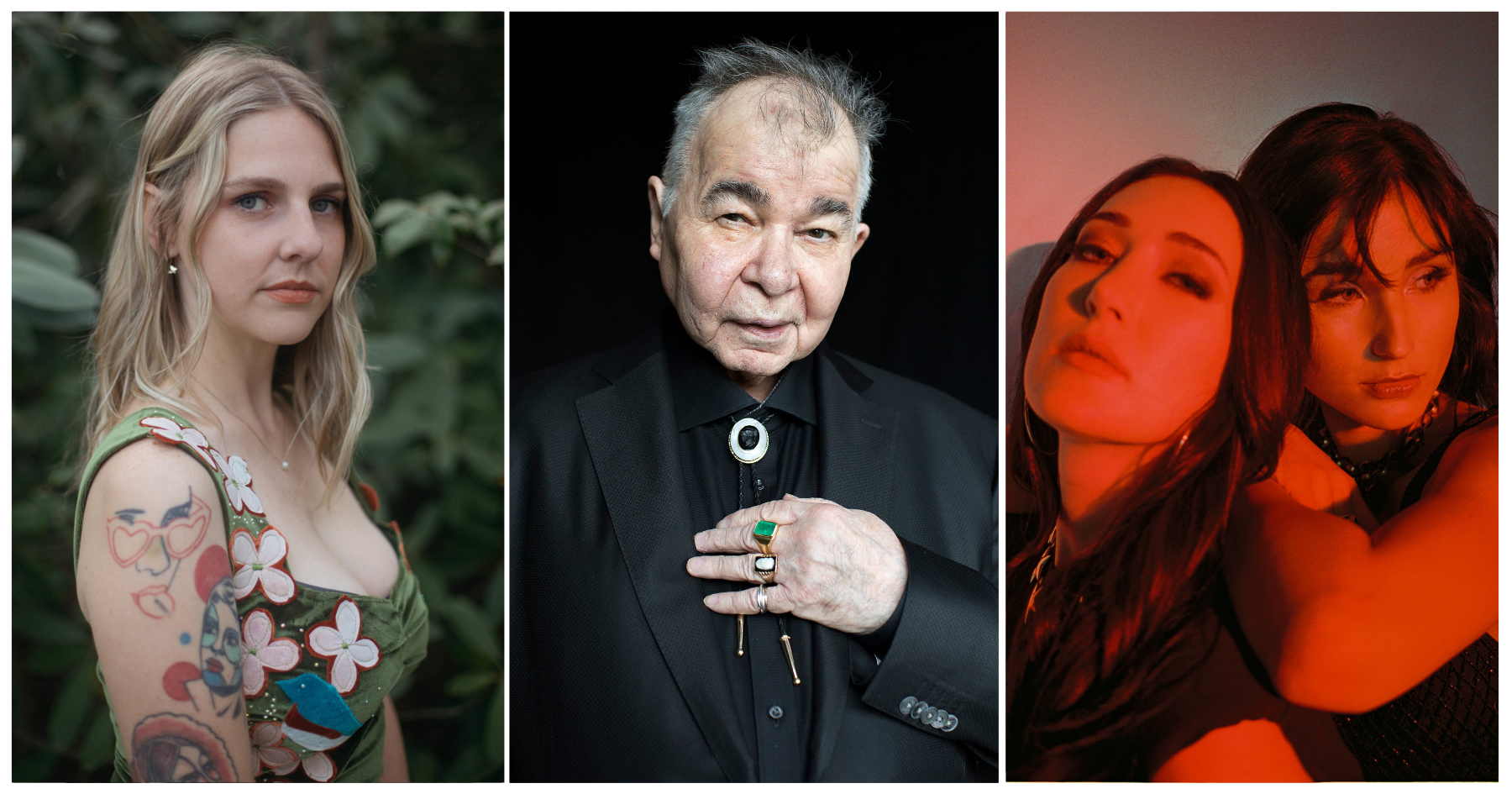 Welcome to the BGS Radio Hour! Since 2017, this weekly radio show and podcast has been a recap of all the great music, new and old, featured on the digital pages of BGS. This week we have John Prine’s final recording, a BGS exclusive performance from Americana duo Jackson+Sellers, a playlist in 3/4 time, personally curated by Dori Freeman, and much more.

John Prine – “I Remember Everything”

The Americana Music Association was able to celebrate the works of its community in-person last week, for the first time since the beginning of the pandemic, with the 20th Annual Americana Honors & Awards held at the historic Ryman Auditorium. And one of the night’s biggest awards, Song of the Year, was given posthumously to none other than John Prine for his final recording, “I Remember Everything.” Watch below to see John perform the song himself, followed by a tribute from Brandi Carlile, Margo Price, and Amanda Shires at last week’s awards ceremony.

Martin Sexton – “Riding Through the Rain”

New York’s Martin Sexton spoke on performing at Madison Square Garden, his pre-show and pre-studio rituals, the influence of artists and performers from Black Sabbath to Looney Tunes, and more in a recent edition of 5+5.

Rod Gator wrote “Out Here in Echo Park” during his last year living in Echo Park, when every evening he’d walk down to the L.A. River and sit along the bank. Take a listen, and you might start missing Echo Park, too.

Jackson+Sellers’ debut album, Breaking Point, comes out next month, but until then, we’re listening to the song that brought the pair of songwriters together as a duo. Jade Jackson initially reached out to Aubrie Sellers about singing harmonies on a new song she had written, and the rest is history! On their partnership, Jackson says, “Collaborating with someone who’s so energetically strong, it gives you even more creativity and license to explore.” Watch the duo’s performance of “Hush” from our Yamaha Artist Sessions below.

For a recent Mixtape, our friend and songwriter Dori Freeman crafted us a playlist celebrating waltzes –her favorite type of song — which always touch her heart in ways other songs don’t.

“Ashes and Leaves,” the latest from singer-songwriter Kirby Brown, is a meditation on acceptance: “Sometimes, we are the ones being left — by lovers, friends, family, etc. At other times, we are the leavers. Maybe this is one of the inevitable arrangements of life…”

No matter how far afield he may roam, with his new album our Artist of the Month Béla Fleck wants the world to know his bluegrass heart will always call bluegrass home. And this rip-roaring number is about as bluegrass as it gets. The studio recording features the talents of Molly Tuttle and Sierra Hull, while this live performance below features Fleck’s current all-star live lineup: Sierra Hull on mandolin, Michael Cleveland on fiddle, Mark Schatz on bass, Bryan Sutton on guitar, and Justin Moses on dobro.

The Barefoot Movement – “Back Behind the Wheel”

“Back Behind the Wheel” is ultimately a song about hope and the idea of letting yourself feel what you need to feel, but not allowing that to be the end of the journey. “When it comes to this, I don’t know what it means to quit…”

Tammy Rogers & Thomm Jutz – “I Surely Will Be Singing”

“I Surely Will Be Singing,” a new release from songwriter Thomm Jutz and The SteelDrivers fiddler Tammy Rogers, was written at the beginning of the pandemic, as a hymn to nature and to the spirit of human resilience in the face of adversity.

With such passion at the heart of it, Home in This World brings new life to music that has shaped American culture in the 20th and 21st centuries. “Woody Guthrie’s Dust Bowl Ballads is as relevant as ever,” producer Randall Poster states. “While profiteers exploit our natural resources, there is a growing sensitivity to the harsh farming practices that put our well-being at risk, and a concerted movement toward regenerative agriculture that can reinvigorate the soil and push back on climate change. I asked some of my favorite artists to help render these songs, hoping that this collection will reinforce the enduring power and prescience of Guthrie’s music and reveal the power of song.”

Caleb Lee Hutchinson – “I Must Be Right”

Caleb Lee Hutchinson teamed up with Trey Hensley on a new song, “I Must Be Right,” as he tells us: “I have been a fan of Trey for quite some time and was very excited to write with one of my favorite guitar pickers… It’s one of my favorite songs I’ve ever written as a result.”

Los Angeles-based musician and songwriter Abby Posner is joined by Constellation Quartet on a new video for “Low Low Low,” a beautiful, contemplative song about depression, anxiety, and learning how to live with the darkness within.

Colin Linden – “Honey On My Tongue”

“Roots music and blues do speak to a lot of people right now. Much of the healing and release you get from listening to this music… has shown itself to be so vital in these times… I hope the memories of every soul who has loved and been loved are like honey on our tongues,” says Linden of his track, “Honey on My Tongue.”