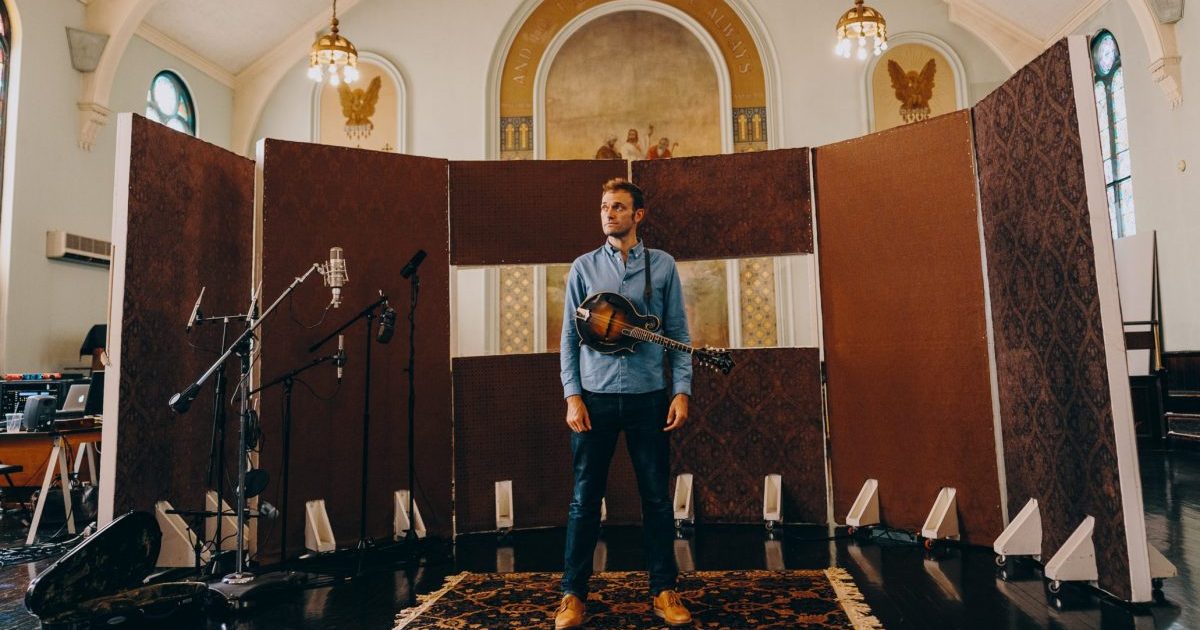 For a musician who has seemingly done it all and has the awards to prove it, Chris Thile found an excellent opportunity to create a solo record in the throes of the early pandemic. The project of that period of introspection and seclusion is one that has been, in some ways, a long time in the making, as his label Nonesuch had been hinting for some time to make an album centered around faith and spirituality. When the circumstance arose, Thile decided it should be done in as honest and straightforward a manner as possible: performed entirely by himself and recorded within the walls of a beautiful old church in upstate New York.

Titled Laysongs, the album offers a host of incredible performances, including compelling arrangements of Bartok and Bach, re-imaginings of traditional folk tunes, and original pieces inspired by literature. Enjoy this video of Chris Thile, our BGS Artist of the Month for June, performing the album’s title track in the church where it was recorded. And, check out Part 1 and Part 2 of our exclusive, AOTM interview.