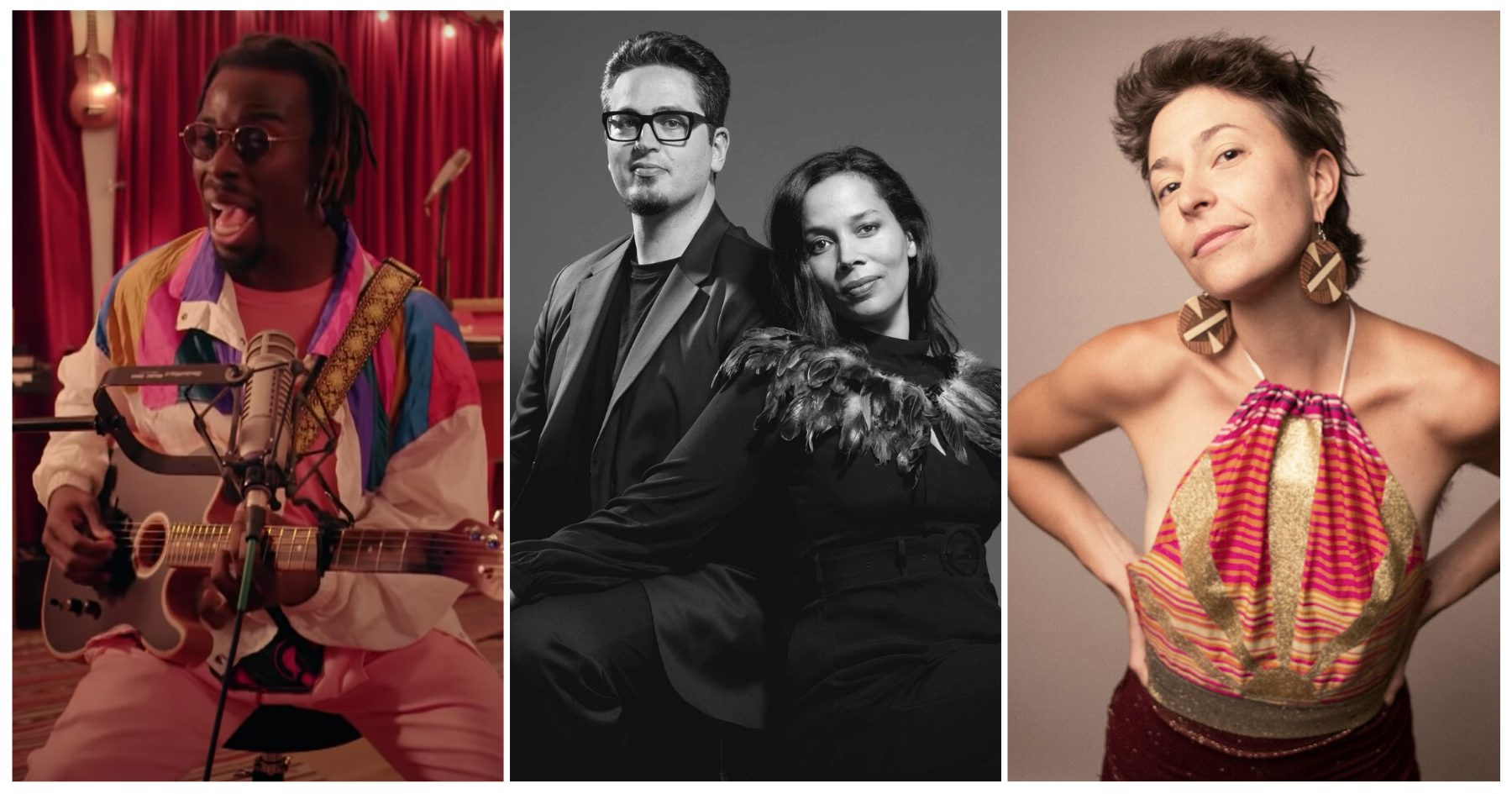 Welcome to the BGS Radio Hour! Since 2017, the show has been a weekly recap of all the great music, new and old, featured on BGS. This week, we’ve got new releases from Lindsay Lou and Blue Water Highway while we continue to celebrate our artist of the month – Black Pumas! Remember to check back every Monday for a new episode of the BGS Radio Hour.

This quartet – who come from a working class, small town Texas background – bring us a mixtape, featuring their big inspirations, from Bruce Springsteen to Phoebe Bridgers. Blue Water Highway graces our show this week with this tongue-in-cheek take on thankfulness from their upcoming album Paper Airplanes.

Iowa-based singer and songwriter David Huckfelt brings a single to the show this week, from his soon to be released Room Enough, Time Enough. “‘Hidden Made Known’ is about having faith in the basic intelligence of the universe, and what to do next when you lose it,” Huckfelt tells BGS. “From Wounded Knee to Sault Ste. Marie, tenderness is on the run.”

Our current Artist of the Month, Black Pumas, recently caught up with BGS to talk about their biggest influences, from a gospel music upbringing to original MTV. Black Pumas (Deluxe Edition) is up for Album of the Year at the GRAMMYs!

Miko Marks is reclaiming the music that Stephen Foster appropriated his way to success with. In anticipation of her upcoming album Our Country, what better place to start than this famous song?

Sway Wild – “Edge of My Seat” (with Anna Tivel)

Sway Wild brings us this appropriately titled anxiety-inspired song from their upcoming self-titled album. Based in the San Juan Islands of the Pacific Northwest, the group is not alone in needing to share their mental struggles as we journey through 2021.

From the mountains of Western North Carolina, Anya Hinkle and Graham Sharp (Steep Canyon Rangers) bring us this new single, written on May 26, 2020 – the first day without George Floyd. “Only by listening to Black voices are we going to know what it is gonna take,” Hinkle told BGS. “We are still so divided and will remain ignorant until we can absorb what it’s like to be Black in America.”

No stranger to BGS and the roots scene, Lindsay Lou offers The Suite Sweets, four songs combined into two for an A and B-side single. Inspired by Immersion Composition Society (ISC) writing lodges, writing for hours as uninhibitedly as possible, the Nashville-based artist combined these song segments into something that was greater than just the sum of their parts.

Chris DuPont brings us a song from Floodplains, out now via Sharehouse Audio. Writing during a time of loss, DuPont recognized an opportunity to grow, for the great “sanding” of loss to smooth out the rough edges, and to not let bitterness overshadow the narrative.

IBMA award winning band Sideline tells this story through both song and visual representation. The video tells the story of the song in perfect synchronicity, pulling the viewer even deeper into the story.

From our 2020 Whiskey Sour Happy Hour segment, we’re bringing back this haunting performance from roots artist Rhiannon Giddens accompanied by Francesco Turrisi. Giddens, who has been outspoken throughout her career about the African-American origins of country music, is another featured artist in our Black Voices segment, uplifting the disenfranchised voices in roots music that helped create the genre.

Texas-based Beth Lee wrote this song before her birthday, and sent it to Vicente Rodriguez for his birthday (who would go on to be her producer for the record). Recorded by Lee, Rodriguez, and James Deprato – who coincidentally had a birthday during the week of recording – this song was the first sign to Lee that her Waiting On You Tonight was going to be a good record.

Though not originally written as a duet, nothing suited Erelli’s song better than vocal accompaniment from Maya de Vitry. Without holding anything back, they emphasize the song’s message – that we all have the opportunity to make something new.