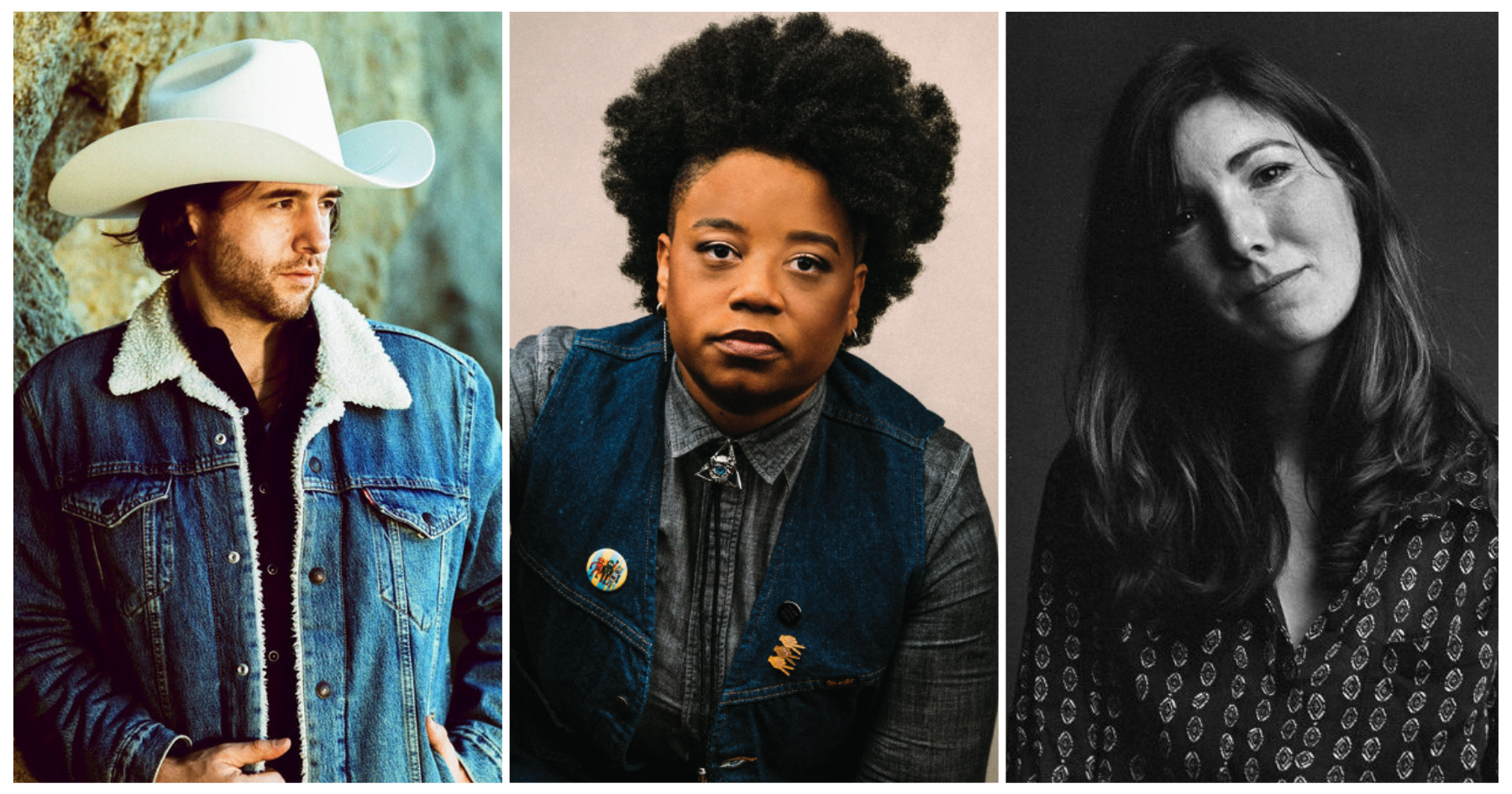 Welcome to the BGS Radio Hour! Since 2017, this weekly radio show and podcast has been a recap of all the great music, new and old, featured on the digital pages of BGS. This week we have California country from Elijah Ocean and the Ben Reddell Band, acoustic folk goodness from Anna Tivel, a final farewell to our August Artist of the Month Amythyst Kiah, and much more.

In our recent two-part interview with our August Artist of the Month, Amythyst Kiah, she spoke with us about faith, about mental health and singing vulnerable, open songs every night, and the intent behind lyrics and songs like “Black Myself.” Plus, she retells the series of events that helped her leave her “shut-up-and-sing” policy behind. Thank goodness for that.

On “Good Guy With a Gun,” singer-songwriter Chris J Norwood examines the grief and loss of his father’s suicide while challenging the United States’ gun culture: “Truth be told, we as a country need to talk more openly about suicide. Especially as it relates to the gun debate…”

One of the first love songs singer-songwriter Ava Earl ever wrote, “New Light” is also a little existential — it deals with the wonder and mystery of the universe as well as that of love.

As Elijah Ocean himself puts it: “‘Honky Tonk Hole’ is about a guy who has seen better days and whose big dreams have all gone up in smoke. Now he spends all his time drinking and playing country music in bars. Not entirely sure why he’s complaining about it, though. Seems kinda fun and not a bad life. It’s a high-energy shuffle about falling into a rut but also kind of loving it.”

Musician and frontman Ben Reddell recently put together a Mixtape celebrating bands and artists who have played The Grand Ole Echo, a roots music concert series he books at LA’s Echo Park, or who rely on the creative and rehearsal space he manages, Bedrock LA. To quote: “We love our traditional country here in Echo Park, but we also like to let our freak flag fly with the hippie-dippie, pot-smoking types as well.” Check out the community-minded Mixtape here.

Nashville-based Americana singer Kashena Sampson brings us a Shocking Blue cover that carries a feeling of yearning for someone you can’t be with.

Morningsiders – “This Could Be Good”

Morningsiders began writing their new album after the pandemic lockdowns began. They wanted “This Could Be Good” to be dance-y and delicate while being about aimless nights out with friends.

Singer-songwriter Anna Tivel talked with us about her pre-show rituals (or lack thereof), drawing inspiration from literature and poetry, observing the natural and manmade world, and more in a recent 5+5.

Asheville’s Anya Hinkle told us about the massive influence Gillian Welch had on her musically, combining the spirits of musicians who had influenced Hinkle early on — like Tony Rice, the Grateful Dead, Joan Baez, Sarah McLachlan and Madonna — into one tangible, modern, and original roots sound. Read more in this edition of 5+5.

Jay Nash wrote “Shine” inspired by the new arrival of his daughter. It took him nearly ten years to return to the song idea: “Because, as all parents know, what followed those calm and quiet moments of parenthood was an all-out sprint… a crash course [of] becoming a parent.”

On his new track, “My Father’s Son,” self-described troubadour Dallas Burrow tells the four-generation story of the men in his family line — and the influence they’ve had on their sons. It’s a tender, honest, autobiographical history.

Adeline Stringband — a veritable old-time supergroup featuring Chris Coole, Mark Kilianski, John Showman, Adrian Gross, and Sam Allison — holed up in a cabin in the woods and recorded old time tunes for three days and three nights. Gross describes it as one of the most off-the-cuff and creative sessions he’s ever been a part of: “Seeing as it was -20º and there was a blizzard outside the whole time, there was nothing to do but pick tunes and roll the tape, and that’s exactly what we did.”

“Apocalypse isn’t to be confused with tragedy. Apocalypse is seeing something in truth, and the pain that might come from having the blinders pulled off.” Jackson Melnick brings us a bluegrass version of this classic blues song.