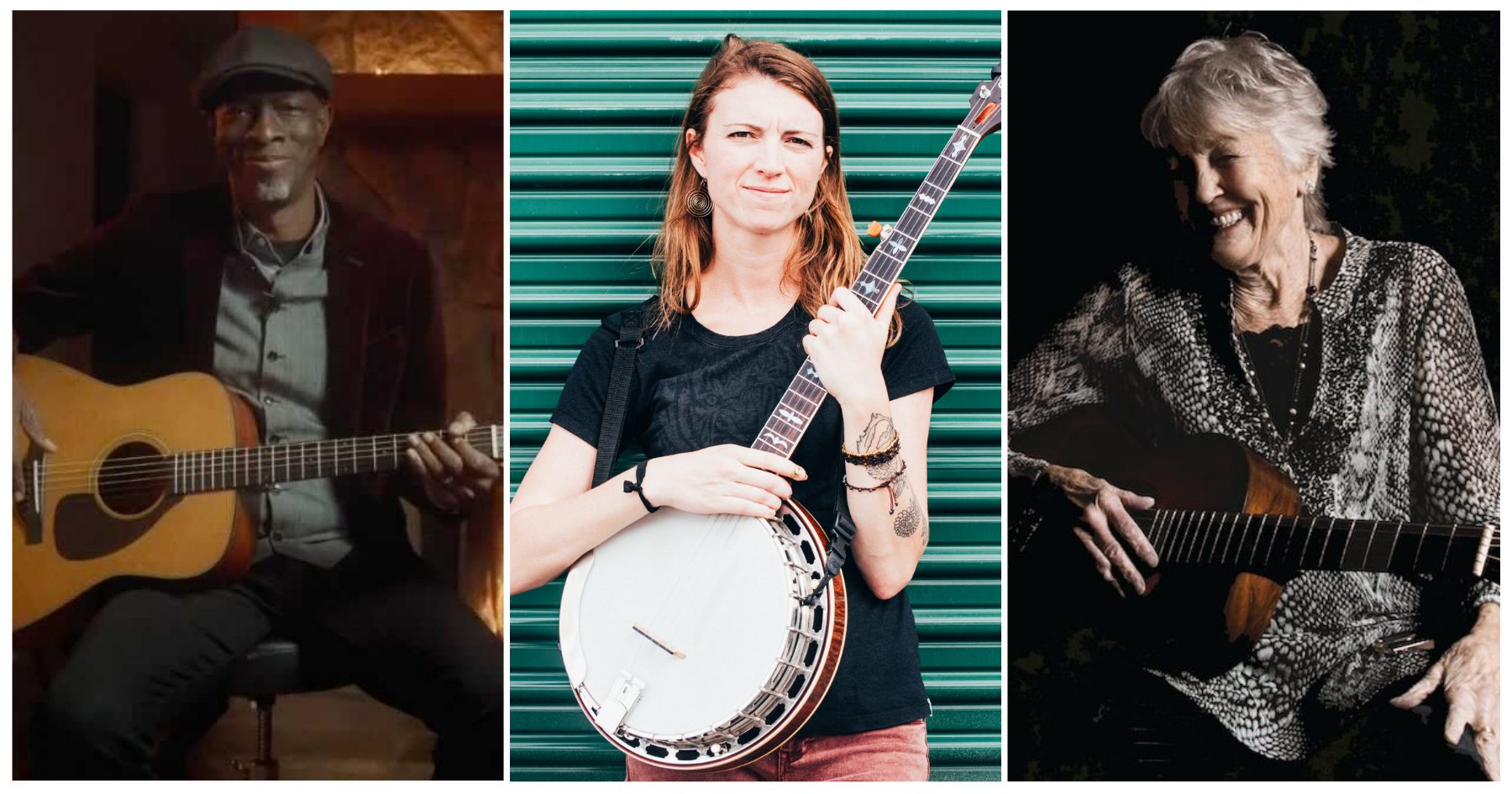 Welcome to the BGS Radio Hour! Since 2017, the weekly show has been a recap of all the great music, new and old, featured on BGS. This week, we bring you old bluegrass newly recorded by the Infamous Stringdusters, music from our Artist of the Month, Peggy Seeger, and so much more! Remember to check back every Monday for a new episode of the BGS Radio Hour.

Always in the forefront of progressive bluegrass and jamgrass, the Infamous Stringdusters (originally Nashville, now spread around the US) continue to provide fans with great records. Their upcoming release is no exception: A Tribute to Bill Monroe is their take on the music of the father of bluegrass, done in pure ‘Dusters style. The full record drops in May, but BGS was lucky enough to premiere this first single!

Celebrating their upcoming Calla Lily (available April 16), Adam and David Moss of the Brother Brothers joined us on a recent 5+5. We talked John Hartford, writing music for dance, and the inspirations and songwriting techniques behind these two brothers and their new album.

Johnny Chops – “Trouble With the Truth”

Austin-based Johnny Chops brings us a song this week from his upcoming Yours, Mine and the Truth EP. This song pretty much fell out of the sky and onto Chops’ paper in his writing room one morning. The video continues to tell the story of the song, building a dark and bleak vibe through dramatic and abandoned filming locations.

Sinner Friends don’t just sound like vintage bluegrass: they record like it too, down to just a few microphones, no editing, everything done right then and there. Recorded and released by Bigtone Records, the result is on par with those early bluegrass recordings that defined the genre. This week, they bring us a song from their newly released Sinner Friends Miss You (The Quarantine EP).

For 2021’s Folk Alliance International and SXSW conferences, BGS teamed up with Yamaha to film performances from some of the artists we’re most excited about. Our first segment is from none other than Keb’ Mo’, playing a Yamaha FGX5 – modeled after the vintage FG180, Keb’s first guitar which he unfortunately lost in the Nashville flood of 2010. Aren’t we all just waiting on the medicine man these days? Keb’ performs two songs for us, “Every Morning” and “The Action.”

Gina Furtado brings us the “magic fire” of the banjo on this new single, finding the sound that first made her fall in love with the instrument. It’s the latest single in an exciting and excellent batch from Furtado and Mountain Home Music Company, produced by banjo phenom Kristin Scott Benson, and accompanied by Drew Matulich, Wayne Benson, and siblings Malia and Lu Furtado.

Ervin Stellar – “Nothing to Prove”

From Grand Rapids, Michigan, Ervin Stellars joined us on a 5+5 last week – that is, 5 questions, 5 songs. We talked everything from Wes Anderson and the Coen Brothers to waves and mountains. And let’s not forget his new album, Nothing to Prove.

Known for her work with Fruition, Mimi Naja recently dropped Nothing Has Changed, her first solo release since 2014. We caught up with Naja to talk about songwriting, inspirations, and a dream meal pairing of Thai with Khruangbin.

Peggy Seeger is our Artist of the Month for April here at BGS! Her just-released First Farewell is a goodbye to recording and the road, but she is not leaving that lineage behind. Coming from a musical family including the likes of Pete and Mike Seeger, the traditional continues, as Seeger enlists her sons Neill and Callum MacColl on the new album. Stay tuned all month long where we’ll be featuring Peggy Seeger!

The Alex Leach Band – “The Turntable”

Alex Leach has been adored by the Eastern Tennessee bluegrass community since he first started appearing at the WDVX radio station in Knoxville as a small child. Through the years, he’s played with Ralph Stanley, hosts a weekly show on WDVX, and now has his newest endeavor, The Alex Leach Band, who just released their latest album (produced by Jim Lauderdale), I’m the Happiest When I’m Moving.

Acoustic Syndicate has been making music in Western North Carolina’s jamband scene for over two decades, but their latest studio endeavor is the first in seven years. “Sunny” is a promising first release with Organic Records, the band joined by Brian Felix on piano and Lyndsay Pruett on violin.

Memphis-based Elizabeth King brings us this deeply thought number this week from her latest album of the same title. “Living in the Last Days” is about the trouble that so casually surrounds our current days, and King sings about it with a lot of conviction. The song should inspire us all to look a little more closely at what surrounds us, and what we can do to make this world a better place for all.

“White Line Fever” was a hit for Merle Haggard in the 60s, but had never been cut as a bluegrass song. That is, until Alison Brown and Bobby Osborne got a hold of it. One thing leading to another, and Jeff Tweedy wrote a second verse about Bobby (being the voice of Rocky Top) and his 60 years on the road as a musician. Mixing all of this with some A-list bluegrass musicians like Sierra Hull and Stuart Duncan, well… this is the result! As Brown says, “it was hard to believe the song hadn’t been a bluegrass standard all along.”

Joseph Boudreaux Jr, vocalist for Cha Wa, teaches us about ‘ancestral recall’ with this song, a phenomenon where people consciously or subconsciously draw on the experiences and lives of their ancestors to perpetuate a certain lifestyle or culture. “‘My People’ reminds us that no matter who you are — rich or poor, big or small — we’re all in this together as humans,” Boudreaux told BGS. “Cause one day we gon’ all be in the same boat.”