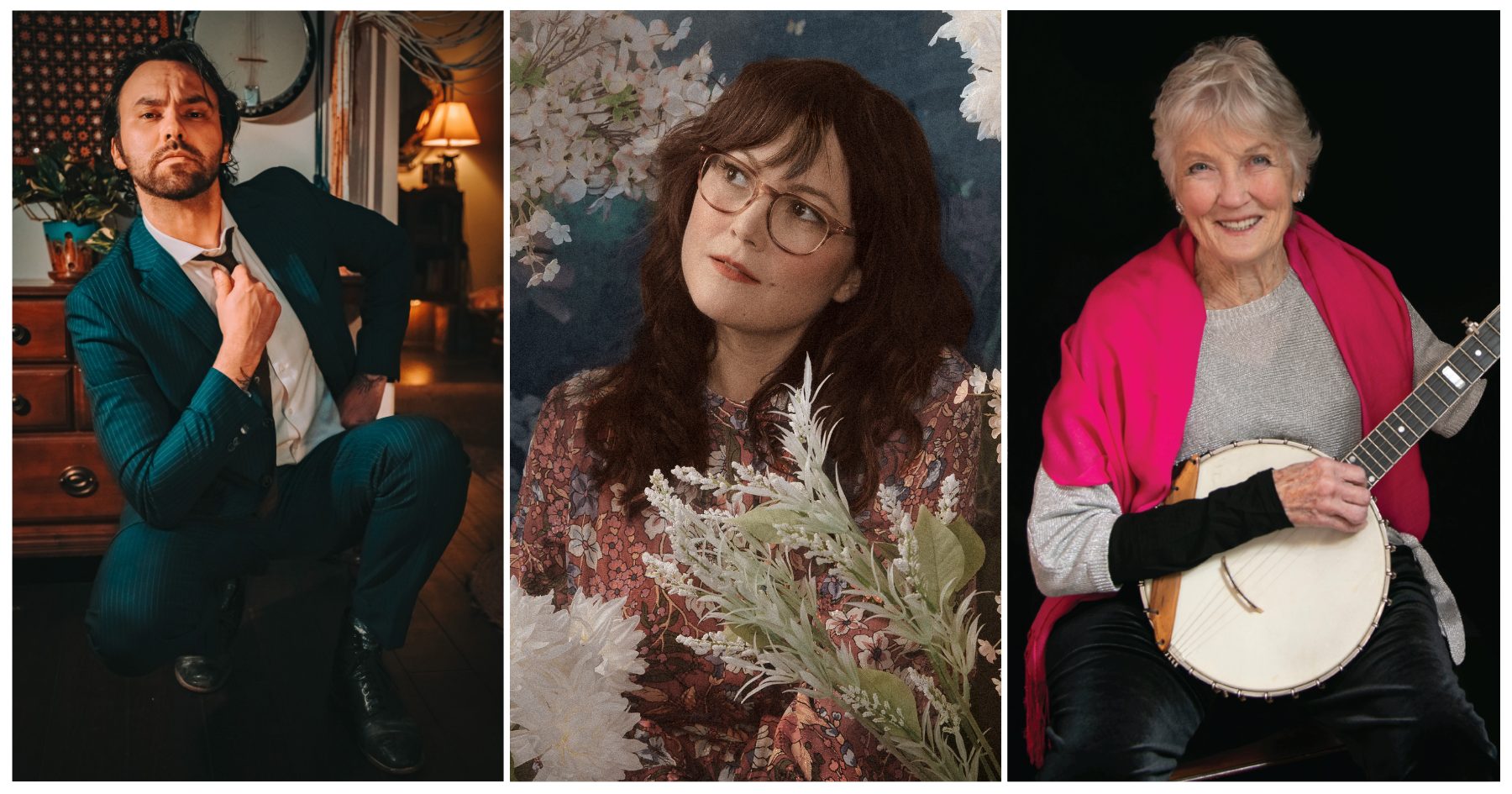 Welcome to the BGS Radio Hour! Since 2017, this weekly radio show and podcast has been a recap of all the great music, new and old, featured on the digital pages of BGS. This week, we bring you new music from Sara Watkins featuring her old bandmates from Nickel Creek, newly released tracks from Shakey Graves’ archive, and so much more! Remember to check back every Tuesday for a new episode of the BGS Radio Hour.

Sara Watkins recently sat down with BGS to talk about the set of film classics that defined her childhood, and are featured on her new album. With songs like “Pure Imagination” and “Moon River,” this album isn’t just for kids, even if it was first imagined as a collection of lullabies. Instead, it’s a meditative look at these songs which have impacted more than just one generation. And who could forget this classic from the 1980s classic comedy Three Amigos?

Here’s a song about the experience of reading through an old journal and being confronted with your past self — not a particularly comfortable experience. However, for Katie Martucci of The Ladles, it’s a reminder that at any given moment, we only know what we know, and we’re all doing the best we can.

“Porchlight” is about a powerful partnership, “knowing somebody so well as to recognize when they’re lost, and helping them find their way back home.”

When asked to be a part of a tribute album to singer-songwriter John Lilly, Andrew Adkins knew exactly what song he wanted to sing: one that he’d had a remarkably personal connection to the first time he heard it.

It’s hard to believe that Shakey Graves’ debut album Roll the Bones came out 10 years ago. Since the album’s quiet 2011 release, he’s emerged from the shadows, releasing multiple albums and garnering a substantial following. In celebration of the decade since, Shakey brings us Roll the Bones 10, a deluxe edition which also features 15 unheard songs from the same era as the original album.

Inspired by a trailer park cemetery seen while driving through Florida, this song is more a commentary on life than it is death. Bridget Rian says she has a “fear of being forgotten, of not making a difference” with her life – and this song was a mode of expressing this fear.

Folk legend Peggy Seeger is our Artist of the Month for April here at BGS, and we’re so grateful to have been able to speak with her on her new album First Farewell, her lifelong career in folk music, her hopes for social justice and peace, and much more.

Donovan Woods – “Whatever Keeps You Going”

The Sweet Lillies – “My Brother’s Hill”

Boulder’s The Sweet Lillies bring us their version of a tune originally released by The Stray Birds, a song they chose because they were deeply inspired by its stunning vocal harmonies, its beautiful and meaningful lyrics, and its old-timey structure.

Those who frequent bluegrass festivals in the south may already be familiar with the young savant Giri Peters. Giri and his sister Uma quickly gained popularity in the last number of years for their impeccable musical skills, not to mention at such a young age. Giri, originally known as an up-and-coming mandolinist, has continued to grow as a songwriter and solo artist. His most recent single is a testament to his musical and artistic growth, and brings much promise of an exciting career ahead.

“Human beings are messy emotional creatures,” says June Star’s Andrew Grimm. “Sometimes when we struggle to communicate in relationships it’s because there’s the voice we speak with and that voice in our head. ‘I Don’t Wanna Know’ bounces between a professed love to another person and a confessed loneliness on the inside.”

Miles Gannett heard the melody and some lyrics of this song, including the lines “Thunder River, tumbling down; catch your babes before they drown” in a dream — and it kind of creeped him out. He sat with it for a couple of years before it all came together in this final semi-apocalyptic song.