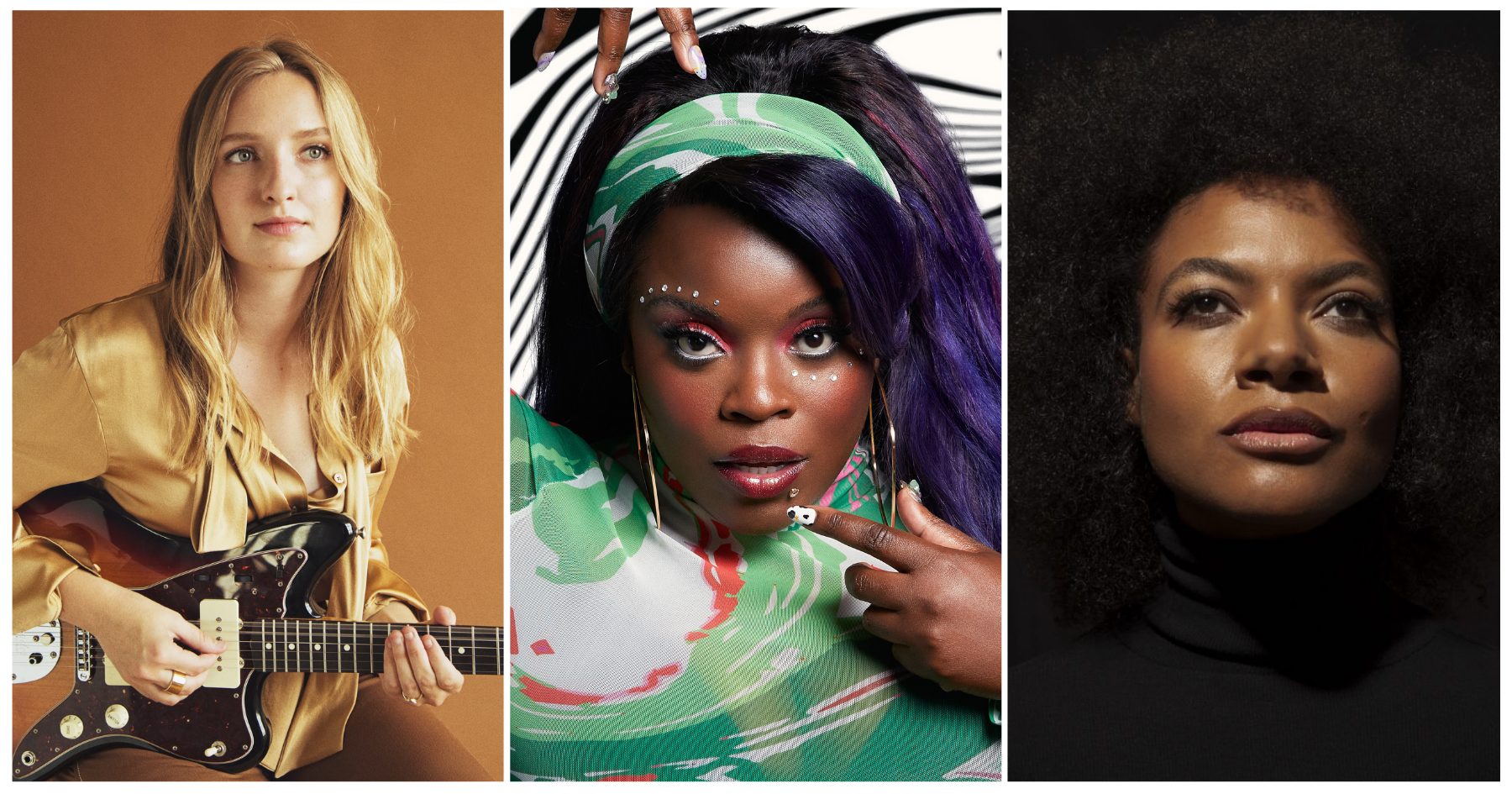 Welcome to the BGS Radio Hour! Since 2017, this weekly radio show and podcast has been a recap of all the great music, new and old, featured on the digital pages of BGS. This week, we bring you new music from our Artist of the Month, Allison Russell, an exclusive live performance by Madison Cunningham from BGS’ Whiskey Sour Happy Hour, and much more. Remember to check back every week for a new episode of the BGS Radio Hour.

Coming out of COVID isolation with fingers crossed and masks on, many artists are releasing new and exciting music. We’re particularly thrilled about Sunny War’s latest release, Simple Syrup. We caught up with the LA-based guitarist and singer for an edition of 5+5 and talked everything — from Elizabeth Cotten’s guitar playing to eating black-eyed peas with Nina Simone.

Singer-songwriter Ted Russell Kamp originally wrote “Lightning Strikes Twice” in the style of Billy Joe Shaver, as a honky tonk number. But, for his upcoming album Solitaire, he decided to rework the track, bluegrass style.

A student of singer-songwriter, multimedia artist, and scholar No-No Boy (AKA Julian Saporiti) once called his song “Gimme Chills” a “fucked up love letter to the Philippines.” No-No Boy agreed. The track is part history lesson and part tribute.

Yola’s roots-pop outing “Diamond Studded Shoes” is a song that explores the divides created to distract us from those few who are in charge of the majority of the world’s wealth. It calls on all of us to unite and turn our focus to those with a stranglehold on humanity.

BGS recently caught up with Kentucky’s own Dale Ann Bradley, discussing her recent album, Things She Couldn’t Get Over — her first release since departing group Sister Sadie. Each of the songs on the project deal with hard times, and finding the courage that gets us through. “Yellow Creek,” a song about the forced removal of Native Americans from their land, finds Bradley giving us a reminder to walk with empathy.

Josephine Johnson – “Where I Belong”

“Where I Belong” by singer-songwriter Josephine Johnson was inspired by characters from British Navy novels set during the Napoleonic wars. Love and high seas adventure, to be sure!

Inspired by their song “Gold,” The Wandering Hearts created a Mixtape for BGS, entitled The Golden Tonic, it’s a selection of songs that have helped them through tough situations, inspired them, and take them back to specific moments in time. They hope that the Golden Tonic will work its magic on the listener after this heavy and hard year.

Eli West – “Brick in the Road”

In a recent 5+5, multi-instrumentalist and singer-songwriter Eli West discusses the influence of Paul Brady and Irish folk music, understated chaos in visual art, and drunk BBQ with Sting and Mark Knopfler.

Our Artist of the Month Allison Russell has already made a mark on the modern roots scene through various powerhouse groups, like Birds of Chicago and supergroup Our Native Daughters. Now, she’s stepping out with her first solo record, Outside Child. Stick around all month long for exclusive content from Russell.

Parker Millsap, one of our recent guests on The Show On The Road, is a gifted singer-songwriter who grew up in a Pentecostal church and creates a fiery gospel backdrop for his tender (then window-rattling) rock ‘n’ roll voice.

From bluegrass mad scientist Stash Wyslouch, formerly of progressive string band the Deadly Gentlemen, here’s a traditional number turned upside down, taking a Bill Monroe tune and contrasting it with polytonal backup. Wyslouch told BGS that while he gravitates towards gospel standards in the bluegrass world, his own style drifts to the absurd and unexpected. Like a bluegrass Frank Zappa!

Singer-songwriter and pianist Bob Malone wrote “The River Gives” after the devastating 2016 flooding in West Virginia, but he never had a chance to produce the track like he wanted to – until now!

Marty Stuart’s new project, Songs I Sing In The Dark, is a collection of twenty songs that he curated that helped him through the tough times that we all saw in 2020. Stuart says this Willie Nelson song has followed him around since he first heard it over twenty years ago. “I think of it as an old friend, same as Willie. It’s a friend for the ages, and an excellent song to sing in the dark.